ANAHEIM, Calif. — Blizzard Entertainment announced the latest on World of Warcraft: Legion and other Warcraft additions at BlizzCon 2015 in Anaheim today.

Chris Metzen, senior vice president at Blizzard, said World of Warcraft: Legion will include the Felstorm, spinning in the sky above the Broken Isles. That is where the Burning Legion demons have burst into Azeroth again. Blizzard debuted the opening cinematic, which shows Alliance and Horde fighting together against demons and possibly the most-heroic vision of Alliance king Varian Wrynn and undead leader Sylvanas Windrunner conceived thus far. You can check the new opening cinematic for the expansion below:

Preorders are available now and will include a level-100 character boost and early access to the demon hunter. The closed beta will launch later this month.

“Fortunately, there is a soul-stirring within the void, a soul burning for vengeance: Illidan Stormrage is returning,” he said. That former Warcraft villain will train the demon hunter, the new class.

Blizzard also showed off new zones for Legion. These include Val’sharah, a forest area engulfed in the Emerald Nightmare (which, to not get too deep into the lore, is bad). This area includes, Shaladrassil a twisted world tree.

Another new zone is Stormheim, a vast landscape filled with lots of cliffs and edges that definitely has a Nordic feel. It also includes a new kind of dragon, the Storm Dragons.

Azsuna, however, is a zone destroyed a long time ago by the former Night Elf queen Azshara. The whole area is cursed, and it’ll also include the last remnants of the Blue Dragonflight.

Highmountain is, well, mountainous. It includes one of the largest peak’s in Azeroth and a population of Tauren.

Suramar is the central zone that includes Suramar City, an ancient Night Elf area that survived the Sundering. The elves inside are now a unique species called the Nightborne, a group aligned with the Legion.

Legion’s new zones will scale to player level, so you can tackle them in any order you want. This is a big break from World of Warcraft tradition. However, you need to be level 110 to go to the final one Suramar.

Legion’s endgame will give players a bigger choice of daily quests with different rewards. These can even include ones based on professions. Players can also tackle new Raids and Dungeons. The Emerald Nightmare is the first Raid zone, which will have seven bosses. It’s in the Val’sharah zone. One of the bosses include Cenarius, the demigod that’s corrupted by the Nightmare.

Suramar Palace is a 10-boss Raid and the headquarters of Gul’dan, the final boss of the area. It’s also filled with the Nightborne and the Legion.

Legion will also add 10 dungeons. Players can do the five level-up dungeons in any order. At max level, the other five become available. Dungeons will also have Challenge Modes, which increase the difficulty of the areas, adds a timer, and can even add some modifiers. Blizzard said that the rewards from Dungeons can replace Raids for players.

Blizzard chief executive Mike Morhaime and director Duncan Jones showed the world premiere of the Warcraft movie trailer, which releases June 10. Metzen talked about the movie’s orientation toward the origin of the Warcraft universe.

A number of new Warcraft-related heroes in Heroes of the Storm were announced, including Cho’gall, the two-headed orc sorcerer who makes up one hero controlled by two players. Cho’gall is only available immediately to people who attended or paid for the BlizzCon stream; however, anyone who is on a team with someone who has Cho’gall can play with that person to control him, and then get him for themselves.

Other Warcraft heroes include worgen leader Greymayne and Lunara the dryad.

This year’s charity pet will be Brightpaw, the Mana Kitty. Blizzard showed a teaser image of the purple in-game cat earlier, but now you know where to get it: 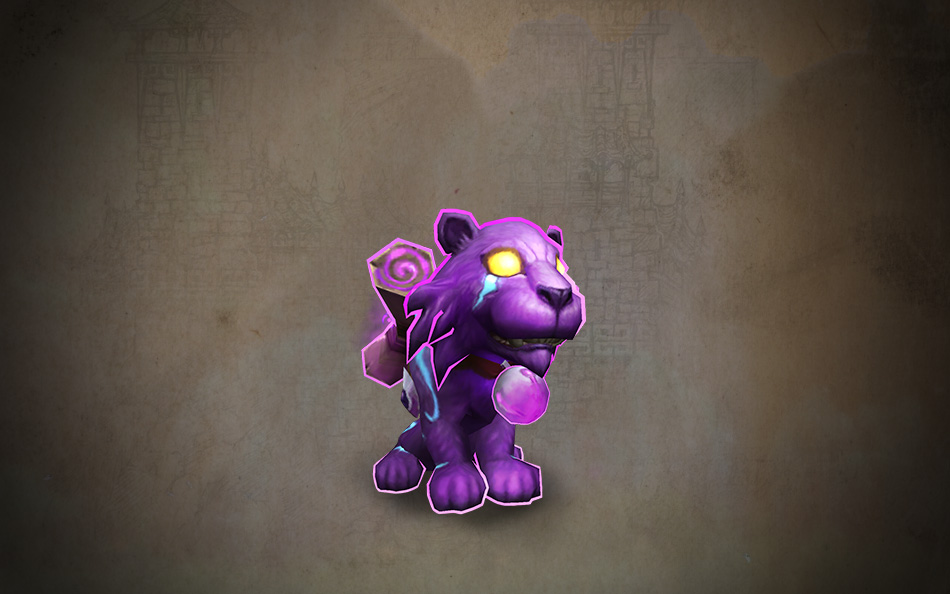