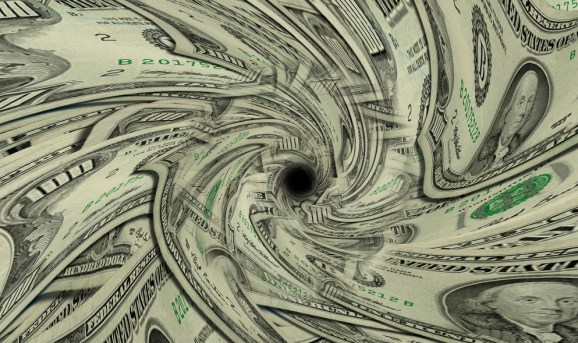 Last week, the SEC changed the rules on crowdfunding so that unaccredited investors can invest in startups. While the goal of opening up early stage investment to everyone is noble, the effect on these new investors could be devastating, given the illiquidity and deficiency of information endemic to early state companies.

I have been formally involved with early stage investments for two years as co-founder of Sand Hill East, a venture capital advisory and investment firm. Previously, I worked at Goldman Sachs as an analyst and as a portfolio manager for a few high profile hedge funds. I have had my share of success. But in making the transition from being a professional institutional investor to being a venture capital/angel investor, I learned a few valuable lessons:

Here are five of them that I hope can serve as a warning to new investors drawn into the space by the SEC’s new rules:

Lesson 1: Early stage companies have little, if any, history for an investor to evaluate

Early stage is a broad term, but in my experience it consists of companies that have been around for 0 – 3 years. At this point in a company’s life cycle, there is little if any revenue. Further, financial documentation is typically lacking, as resources are tight and many companies don’t have money for a CPA or bookkeeper. In my role at Sand Hill East, I help these companies build a financial model that displays expenses by line item and financial projections. The financial documentation that I have seen from these companies before becoming involved resembles the financial budget my college fraternity might have put together over a weekend.

Even when these companies are well-funded, there is little financial history because many are still pre-revenue or have little revenue to note. Financial projections for most startups are 90 percent guesswork. And there are examples of successful startups that existed for years and raised substantial amounts of money without a business model at all (e.g. Twitter, Facebook). The purpose of the financial model is to see how the company thinks of the main drivers of its business and how the business may scale in an ideal world. Unfortunately, for even the most successful startups, the ultimate direction of a company will look drastically different from the original plan/model it sets forth in the early days.

The well-known industry standard is that 90 percent of startup companies fail. Failure of startups has been well documented for a host of reasons, such as funding, lack of product/market fit, turnover, etc. But the main point is that 90 percent of startups fail. Failure means that an investor’s money goes to zero. Unaccredited investors’ history of investment in public equity markets will give them a very misleading stance on startup investing. If an individual invests in Microsoft and gets the timing or thesis wrong, the investor can admit he/she is wrong and easily trade out of the position, losing 10, 20, or maybe 30 percent of his/her investment.

Even in the 2008 financial market collapse, the Dow Jones declined 55 percent from peak to trough. Investors remember how painful that time period was, and the result was that many investors have yet to return to the stock market.

But losing 100 percent of their investment (at a 90 percent probability) is a whole new level of risk. While the investment of an unaccredited investor is capped at $5,000 in a 12-month period, losing post tax dollars of $5,000 in a year will hurt. The issue here is that if an individual takes the plunge into angel investing, he/she will likely make at least a handful of investments.

It’s not one and done when it comes to investing in early stage companies. These companies will need many rounds of financing, both to fuel growth or to extend the runway for the company to develop the product or find the right customer(s). Startups are a bit like children; they need ongoing nurturing and support. When you write the first check, you become a parent of this young startup, so be prepared for the child to come back and ask for money quite a few times. According to Crunch Base, the average successful U.S. startup raised $41 million and exited at $243 million, while the average successfully acquired U.S. startup raised $29.4 million and sold for $155.5 million, equaling 7.5x return, assuming no dilution.

Even if you are smart and lucky to be involved with a successful startup, you may not be able to cash out of your investment. I have personally experienced the illiquidity of venture/angel investing firsthand, and it’s quite painful. I have been successful in investing in early stage companies’ seed rounds at very appealing valuations that are then marked up considerably in subsequent rounds. In a few cases, I have invested in a company at a $2 million valuation, which then gets subsequent funding at $10 million and then $25 million, etc. On paper, these gains look incredible and make me look smart — a big feat. However, the reality of the market is that these paper gains are illusory. I can’t pay my mortgage or college tuition with this equity or pledge them to borrow against at these valuations.

Startups need capital to grow. Even the least capital-intensive companies need capital to hire developers, sales, marketing, etc. As companies raise capital, seed investors’ stakes are reduced unless they decide to (and have the rights to) invest more. If all the seed investors in a successful startup invested $1 million at $4 million pre-money valuation, they held a 20 percent ownership stake in the company. If the company does a follow-on Series A round raising $5 million at $15 million valuation, the seed investors’ stake is reduced to 15 percent of the company — not too bad, but that’s not it. The Series B round takes in $15 million at a $35 million valuation, reducing it further to 10.5 percent. The Series C takes in $20 million at a $60 million valuation, reducing the position to 8.4 percent. So in effect, the initial 20 percent stake is reduced to less than a third of its initial level despite being done at very healthy valuation levels.

The most plugged in and active investors will have access to the best deals. High profile startup founders with a successful track record have a rabid following of investors who will invest in anything the founder does. Other top startups are often sniffed out by top notch VCs who have teams of people focused on scouring the earth for top startups. Once VCs and high profile angels get involved in startups, the rounds go quickly, and it’s unlikely that the average public will be let in.

The sad fact is that the best deals will go to VCs and/or high profile angels whose entire existence and value proposition depends on them having exclusive access to these high profile founders. As an individual, it’s unlikely that you will see the top deals.

Individual investors need to be acutely aware of the massive risks that are involved with angel investing before jumping in.

Josh Burwik is a cofounder and managing partner of Sand Hill East Ventures. He previously worked at Goldman Sachs and ran a technology portfolio at hedge funds including Moore Capital.