Every time I go to BlizzCon, I always think the same thing: I should play more Blizzard games.

Not many game companies can inspire the kind of devotion and love that’s on display at the annual fan convention. Over 25,000 hardcore players came to Anaheim, California, this past weekend for the ninth BlizzCon. They watched tense esports tournaments, chatted with their favorite developers, and showed off (or admired) amazing costumes based on characters from Blizzard’s games.

The studio also used the show to make big announcements. It talked about some of the major features in Legion, the newest expansion to its massively multiplayer online game World of Warcraft. We found out that StarCraft II’s story will continue after the launch of the Legacy of the Void standalone expansion. The popular card game Hearthstone is getting a new add-on. And Overwatch, Blizzard’s first multiplayer shooter, isn’t free-to-play after all.

Oh, and we also saw a new trailer for a little movie called Warcraft.

Judging by the thundering applause and cheers Blizzard received all weekend, the fans were more than happy. Pictures can’t quite capture that electricity, but the gallery below gives you a pretty good idea of what going to BlizzCon 2015 was like. 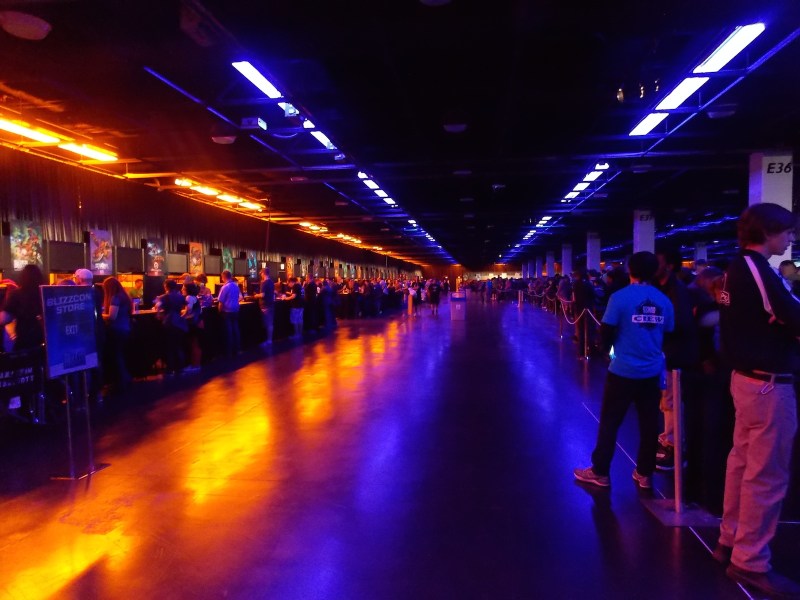 Above: The line was already a few hours long the night before the show at Blizzcon 2015.