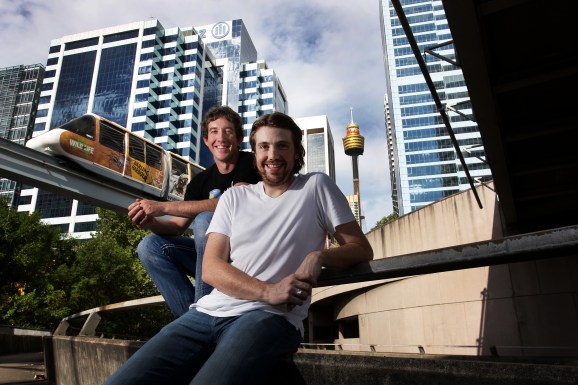 Atlassian, the company behind collaboration software like HipChat and JIRA, has filed paperwork with the United States Securities and Exchange Commission to go public. The company is seeking to raise $250 million from the public market through its initial public offering and will trade on the Nasdaq stock exchange under the symbol TEAM.

The company previously sought to go public under the JOBS Act, but now it’s publicly disclosing its standing for everyone to see. Goldman Sachs and Morgan Stanley have been chosen as the two underwriters for this offering.

It is approaching the market apparently in good financial standing: In its 2015 fiscal year, Atlassian reported that it has $319.52 million in revenue, and net income of $6.75 million. In fact, since at least 2013, the company has been profitable. This year, the three biggest markets in terms of revenue are the Americas ($159.38 million, a 46 percent annual increase), followed by Europe ($127.7 million, a 51 percent increase), and Asia Pacific ($32.44 million, a 54 percent increase).

Both of Atlassian’s founders, Michael Cannon-Brookes and Scott Farquhar, retain a considerable share of the company’s equity: 37.2 percent each.  Only Accel Partners holds a significant amount (12.5 percent) that comes close.

In going after public money, the company said it’s going to be “the first time in our 13-year history” that it’ll be raising any external financing. Yes, it did get $60 million from Accel Partners in 2010, but that and other funds raised by institutional partners were through the secondary markets. Atlassian says that its mission is about “unleashing the potential in every team” and has a slate of products designed to make it happen, powered by more than 1,300 employees scattered around the world.

Some of its risks it outlined for potential shareholders include its possible inability to sustain revenue growth in the future, and if its security measures fail to protect against unauthorized access to customer data.

Because Atlassian is incorporated in the United Kingdom, it’s subject to different rules than a typical U.S. company going public. It’ll be deemed a “foreign private issuer,” which means it won’t be subject to the same stringent corporate governance guidelines and disclosure requirements as its U.S.-based competitors are when they go public.

Atlassian is the provider of products like JIRA for project management, Confluence for content creation, HipChat for messaging, Bitbucket for code sharing and management, and JIRA Service Desk for support requests. The company said that across its product lines it now sees 5 million monthly active users from 450,000 organizations. The company had 51,000 customers (those that have at least one active and paid license) as of the end of September, which is a 129 percent increase since June 2010.