Mei’s ice wall can create a choke point in an area where none exists for a few seconds for heroes that can’t vault over it; it can block enemy fire, including ultimates. It can also launch friendly players into the air, allowing for some really interesting, game-changing mechanics.

We had a ton of fun finding new uses for Mei’s ice walls. Want to blow everyone up? Create a choke point with one and park an exploding D.Va mech behind it. The graphics of the exploding mech are invisible, the opposing team comes around the corner and BLAM. (We hit a five-kill with that one.)

Or park a Bastion in turret form where none belongs, on a high point where he can pick off the opposing team below, by using a Mei ice wall to lift him up next to a balcony he can run onto before stopping and converting into turret mode.

Mei’s ultimate ability is a device she tosses into a targeted circle that causes an ice storm, creating area of effect damage (quite powerful in the demo) and slowing everyone inside.

I can’t wait for her to show up on the beta. 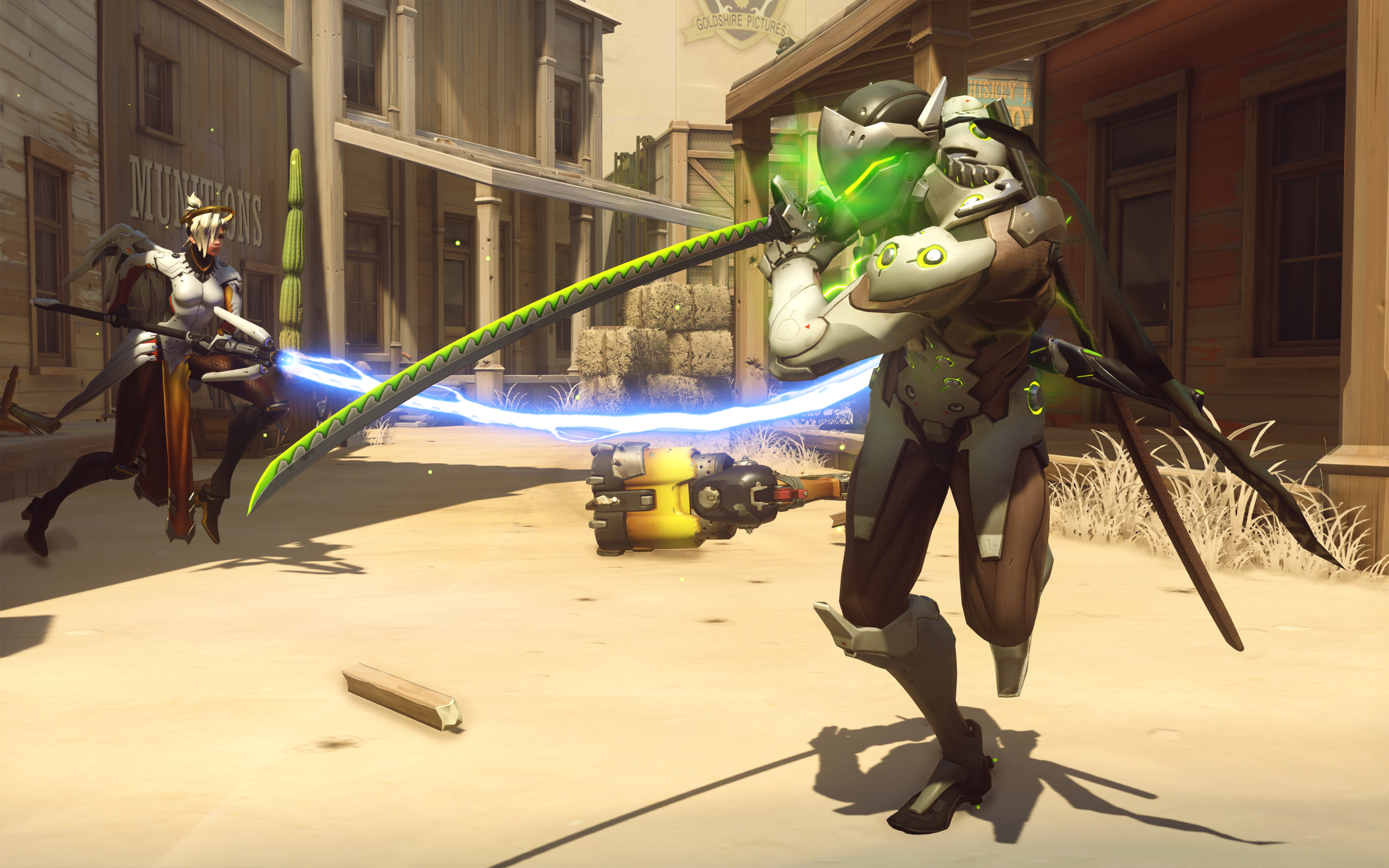 Above: Watch out for that sword; Genji is a killer melee character.

Genji is the ninja Hanzo’s betrayed brother, trapped in a robot body and seriously pissed off. He is the melee version of his archer brother, with a sword that can carve through the opposing team.

Like Mei with her ice wall and D.Va with her defense matrix, he offers a hard counter to the powerful sniper classes in the game: Deflection, which sends any ranged projectile aimed his way ricocheting toward his target.

He can use a ranged attack himself in the form of Shuriken, either fired individually rat-a-tat style with a left click or tossed three at a time in a fan with a right-click.

Genji’s Swift Strike made me giggle: He zips through players in front of him, hitting them all and making them bleed for damage over time.

This turned out to be especially effective at choke points, but it takes some skill to use: If you’re not careful, you can end up zipping behind enemy lines and get gunned down by both front-liners turning to hit you and supporting characters bringing up the rear.

If you’re lucky enough to kill a low-health target with Swift Strike, its cooldown resets immediately.

His ultimate ability is Dragon Blade, with a graphic similar to his brother’s arrow-based Dragonstrike, but a bit more powerful if you use it well. Trigger it and suddenly everyone you hit with a melee blow for a short time dies. That got me out of trouble more than once when I overshot the enemy’s front line at a chokepoint.

Genji takes more skill than many in the game to operate, due to his heavy reliance on melee to dish serious damage.