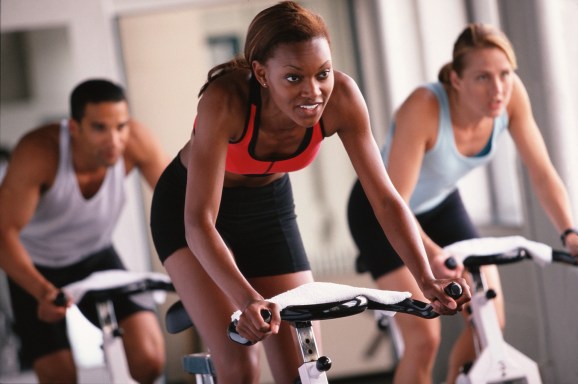 ClassPass is getting a significant vote of confidence from Google Ventures, in the form of cash.

The fitness platform has raised $30 million in venture capital, led by Google Ventures, sources familiar with the matter told VentureBeat. The new funding follows a $40 million raise announced in January.

ClassPass has risen to prominence since it got its start at Techstars in 2011. The service launched as a class search site under the name Classtivity. As it expanded, it began offering a $50 pass (very similar in nature to Groupon) that introduced users to ten different fitness classes every month, as a way to incentivize more purchases.

But Classtivity’s Passport didn’t get students to return to studios, so founder Payal Kadakia pivoted. In 2013, the company launched an unlimited pass called ClassPass that, for $99 per month, connected users with unlimited fitness, yoga, and dance classes. The one caveat was that users could only visit each studio three times a month. For merchants, it was a means of finding new customers to their studios; for consumers it was a way to keep their workout varied, even while traveling.

Google is seemingly getting onboard at a good time for ClassPass. Two years in, the company has expanded to 35 cities, five of which are outside the U.S. Plus, in April, ClassPass acquired its main competitor, Fitmob.

Of course, this positive growth hasn’t come without concerns. Some ClassPass customers have complained that it’s difficult to get into their preferred classes. ClassPass studio owners have also had their share of issues, noting in one article that clients coming to classes through ClassPass can negatively impact the experience for regular clientele. ClassPass users pay less for instruction and — due to the infrequency with which they take classes — may slow down other students, critics say.

ClassPass took a more serious blow in the press when it raised its rates this past July. The service hiked prices 25 percent in New York City, causing some users to threaten to abandon the platform.

Though it’s lost favor with some of its early users, the company still appears to be growing. ClassPass has booked over 10 million classes through its system, according to the company. It’s hard to argue that ClassPass isn’t filling a need for users who want a more diverse workout regime, and it’s likely Google Ventures sees this potential, despite user churn.