When I first tried out the Steam Controller at Game Developers Conference 2014, I wasn’t sold on either the design or execution.

The philosophy of the Steam Controller is to bridge the world of mouse and keyboard controls with the familiar package of the console gamepad. The Steam Controller would be disruptive, yet evolutionary, in how it would solve this problem.

Yet when I tried it out, the Steam Controller just left me grumpy and confused.

More than a year has passed, and I am once again holding the Steam Controller in my hands. Maybe I just wasn’t ready for what the Steam Controller was trying to do? Maybe Valve needed to tinker with the design a bit more to get things right? Could a year of maturity for both myself and the concept be all that was needed? Let’s see. 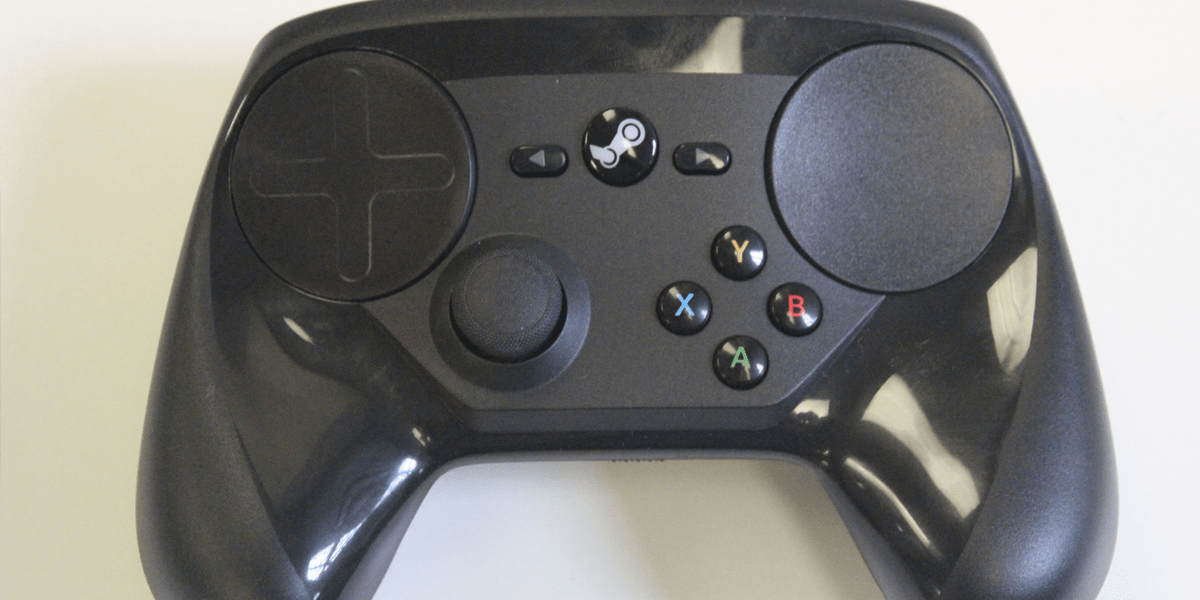 The Steam Controller’s body takes on the familiar boomerang gamepad mold, allowing for two comfortable prongs to lay gently in my palms. My middle, ring, and pinkie fingers naturally wrap down into a concave in the back, which wind up laying on top of two additional button inputs. My point fingers wind up laying naturally right on top of the left and right triggers, which are molded with a swoop to allow the roundness of the finger to lay comfortably.

This angle also makes twirling my thumbs around the disc’s surface incredibly comfortable, almost to the point of making everything else on the face of the controller a little annoying to access. It becomes obvious that, after a couple of minutes of use, the face buttons (X, Y, A, and B) are there more out of our stubborn necessity to stick with that convention. 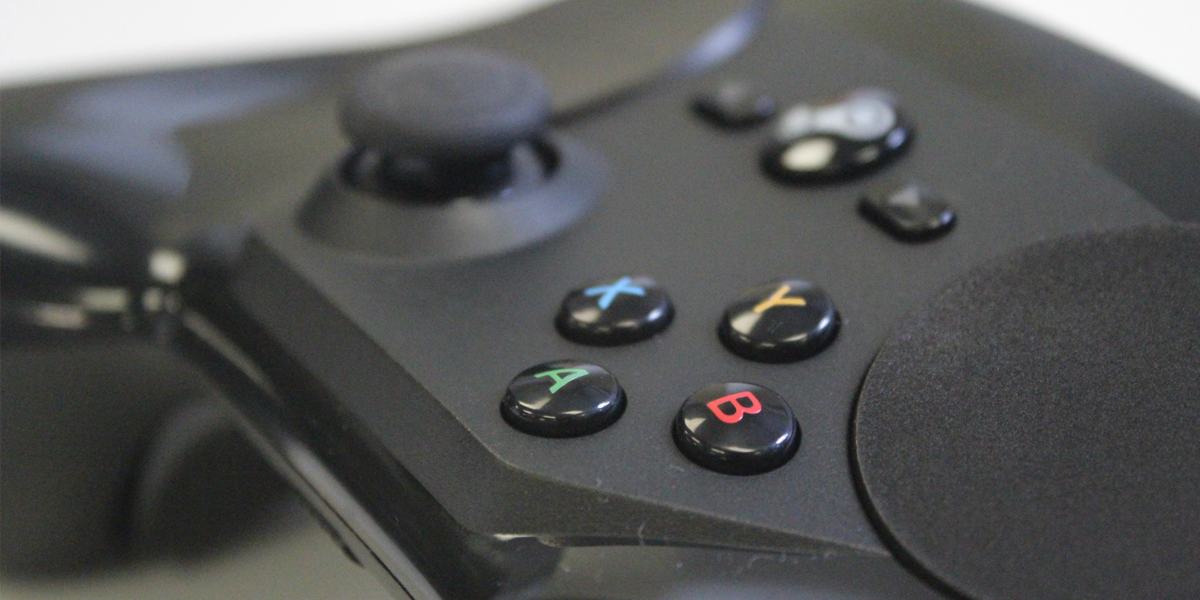 Yes, Steam Controller. You can be disruptive and design around your magnificent discs, but you still need to provide me with a diamond of four jeweled buttons.

These buttons are placed just 8 o’clock of the right disc. It’s not a horrible placement, and looking at the overall layout, I can’t recommend a better sport for them. But the placement is slightly inconvenient compared to other gamepad designs.

One control stick sits opposite of the face buttons, around where my left hand would expect it on a Sony PlayStation-based controller. It also leaves my right thumb occasionally reaching over, looking for the other stick.

The discs are the most glaringly obvious visual trait of the Steam Controller, and they’re also the most interesting. The right disc is smooth and invites my thumb to spin and slide around on its surface. The left disc provides a slight indentation of a cross, suggesting that movement or D-pad-like functions should go there. But it doesn’t act like a D-pad, so don’t be confused. Both discs can be pushed down into various forms of tilt, but that isn’t exactly how they are supposed to work.

Let’s slide around on some discs 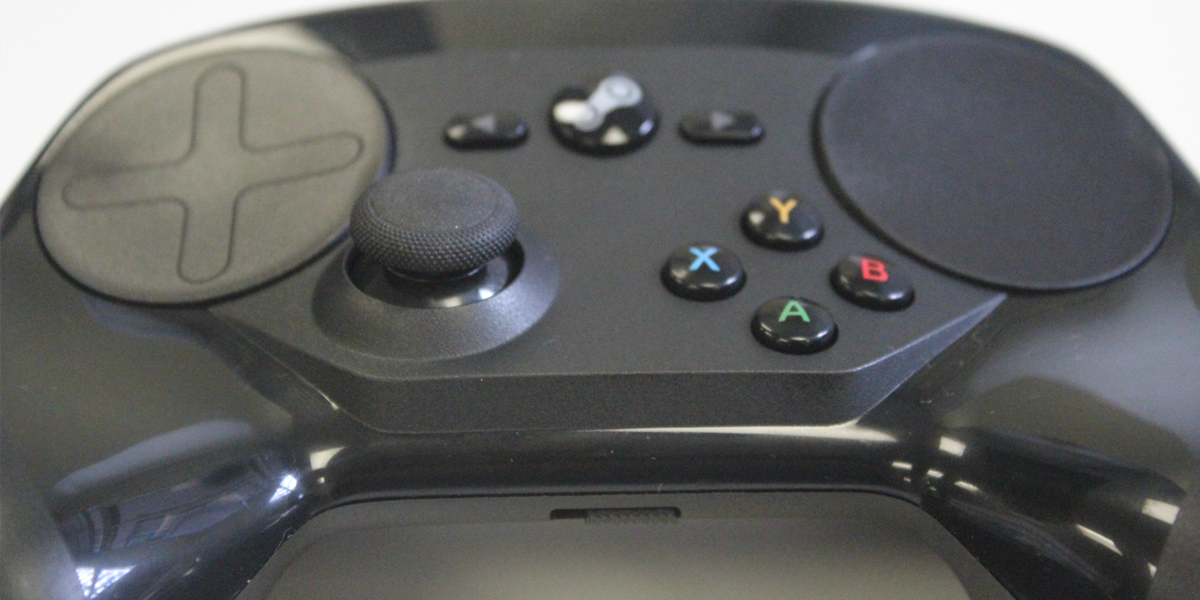 The most important feature of the Steam Controller are the discs, which act like the sensing pads on a laptop. When I have a game running that relies heavily on a mouse, the disc internals seem to manually switch gears into a much more tactile mode of response. As I slide my thumb over the surface, it will give subtle bumps and clicks, giving me a tactile confirmation that inputs are being made. It’s a bit like the sensation of spinning a mouse wheel.

When set up properly within in-game settings, and sensitivity is adjusted within Steam’s Steam Controller configuration options, the right disc can come pretty damn close to replicating the positive attributes of a mouse. The adaptability of being able to adjust the speed of movement over X and Y coordinates is one of the reasons mouse control has had a huge advantage over gamepads in certain genres of play. The Steam Controller is attempting to shrink those movements down, from being something that used my wrist and arm, to something that uses the joint of my thumb.

The left disc contains similar features, but instead of mouse-based functionality, most configurations will call for this disc to handle the job of the WASD keys on a keyboard. The lone stick could also function as a replacement to those keyboard keys as well, if the left disc for movement feels weird.

And it kind of does, for me. 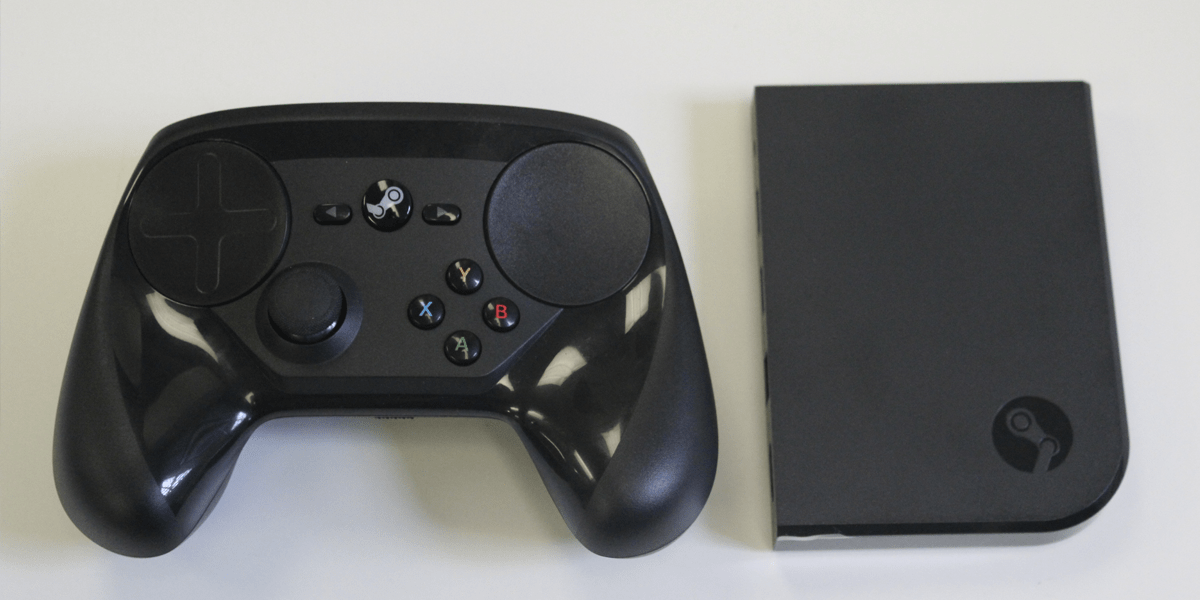 My experience playing first-person shooters, which excel with the mouse and keyboard controls, was mixed. The problems, however, are more a personal issue than a failure of functionality.

My hands and arms have spent decades playing mouse and keyboard and console controllers, in specific ways. The Steam Controller is asking my thumb to now take the role of my wrist and forearm on PC games. My arm and wrist are used to making certain movements that my thumb is not accustomed to. Like an older sibling tired of watching a younger brother fail at a simple task, my arm would occasionally beg my brain to let it shove the controller like a mouse.

On the other side of the Steam Controller, my brain was arguing with my left thumb, trying to get the joint to understand that it’s supposed to glide towards the input I want. That it needs to stop trying to shove a stick or push down on a key for activation.

The result is a game that looks like I am playing drunk, where my avatar stumbles side to side, while aiming wildly at nothing in particular. Again, the Steam Controller theory works, but I have to relearn and master some key ideas about controlling games that against decades of physical conditioning. The triggers feel like they have a slightly shorter distance of travel, compared to Xbox and PlayStation pads. I don’t feel the difference is major, but it’s important to keep in mind for those that require subtlety in those inputs.

The bumpers, which hang out just above the triggers, are the quickest press-to-action button inputs on the unit. So if an action requires instant execution, I’d recommend binding the controls to those.

The inputs residing on the back of the unit, where the middle, ring, and pinkie finger rest feels … flimsy. The pad that activates these also doubles as the Steam Controller’s battery case lid, so maybe that’s why it feels so light and loose? Speaking of, batteries are also loaded into the unit from a weird angle and then shoved in. It’s difficult to explain, but it looks like I am loading a weapon of some kind. 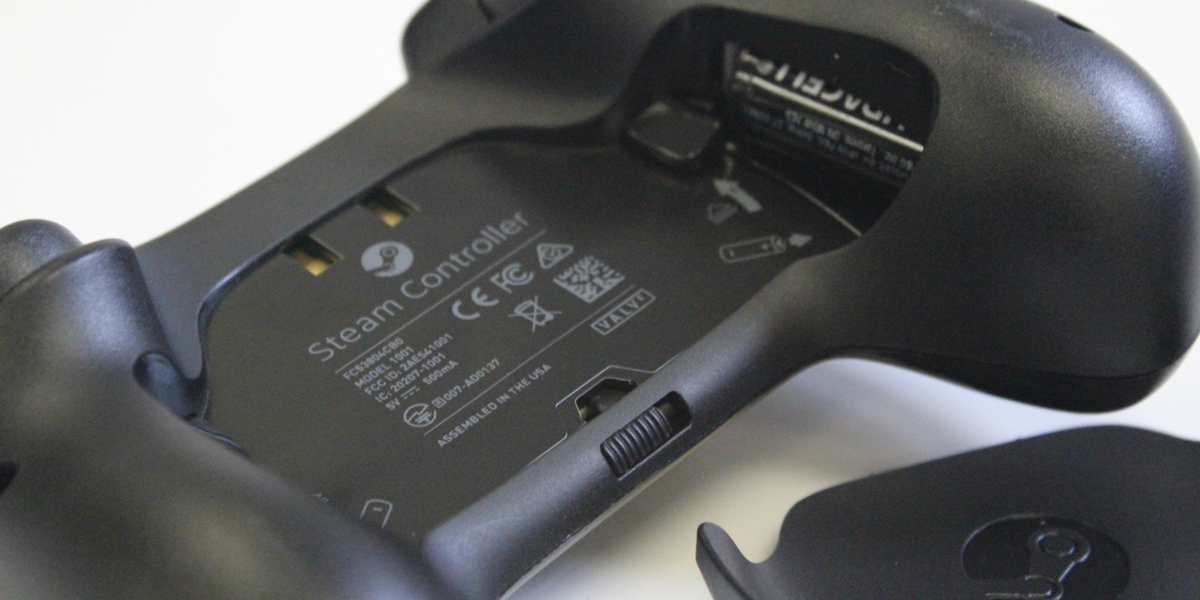 Setting the controller up for specific games is also hit or miss right now. Some games I tried, such as Counter Strike: Global Offensive, Alien: Isolation, Papers, Please, and Mercenary Kings — worked fine. Other titles, such as Nation Red, seemed confused by the device no matter what I did in the in-game settings.

Luckily, a ton of Steam Controller configurations are available to load off of Steam, provided by other users. But things as personal as control preference, especially when it comes to sensitivity of the right pad, won’t necessarily jive with the user. So there is definitely going to be some tweaking involved on the user end, which will hopefully evolve into being something a bit more plug-‘n’-play as the Steam Controller gains wider adoption. 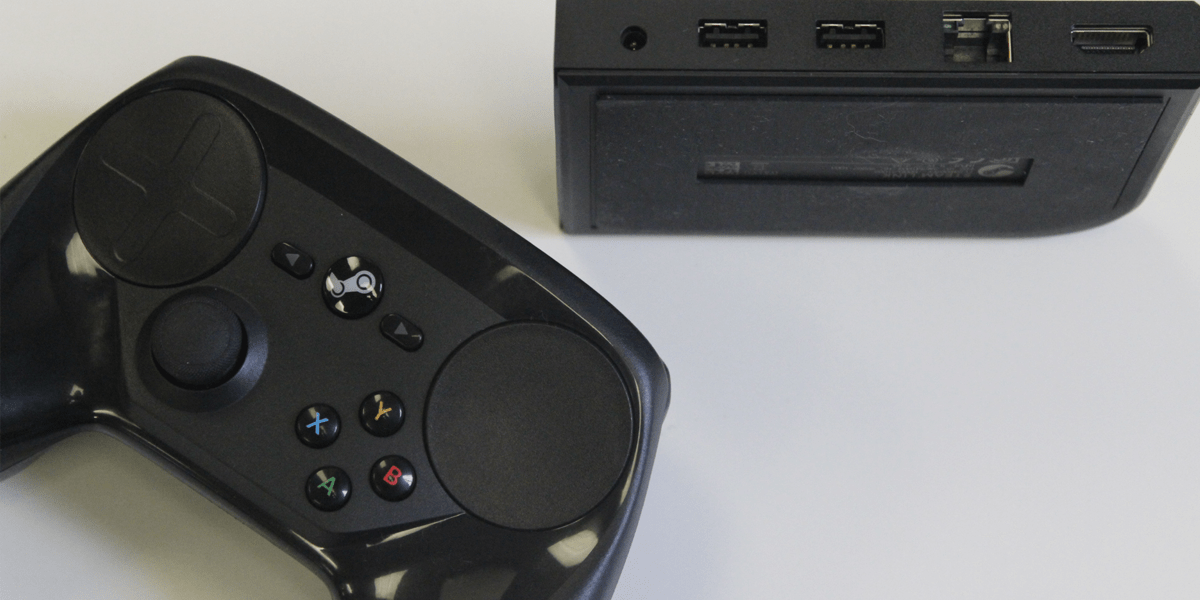 When I first tried the Steam Controller, I wasn’t into the idea. I was convinced that there would be no elegant way to bring the precision and speed of a mouse to the body of a gamepad.

Now, I see a concept that could make that idea work. The disc system allows for control input that is similar to what I look for in a mouse.

What’s required to really make the Steam Controller work, however, is my willingness to practice, and go through the training of physically conditioning my hands, to make the transition to this alien-feeling control scheme.