Brain game maker Lumos Labs is getting a different brain today with the appointment of new CEO Steve Berkowitz, who has been known for taking companies to the next level and selling them for a lot of money. 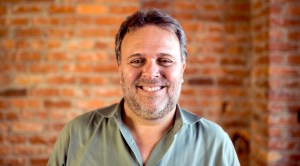 Berkowitz succeeds Kunal Sarkar, cofounder and newly appointed chairman of the board. They will work together on the company’s leadership, strategy, and long-term vision. The appointment comes as Lumos Labs’ Lumosity brain-training games reach a new height. More than 70 million players have used the product, which helps sharpen your brain by giving you mental challenges.

“It has been extremely rewarding to see Lumosity grow over the past 10 years from a concept to a full-fledged product offering with more than 70 million users across the globe. I have been working on a CEO succession plan for some time to ensure that Lumos Labs continues to evolve and grow in the right way,” said Sarkar, in a statement. “After a lengthy search process, I believe that Steve is the right person for this role — he is a seasoned and creative executive with a stellar track record, having previously led two public companies as CEO. I’m excited that he is on board to scale our company to the next level.”

Berkowitz has more than 30 years of senior management experience, and he was mostly recently the CEO of Move. He ran the software-as-a-service business for real-estate pros and the consumer brand realtor.com from 2009 to 2014. In September, News Corp. acquired Move for $950 million.

“I have been a long-time fan of Lumosity and am excited to have been chosen to take on the role of CEO at Lumos Labs,” said Berkowitz, in a statement. “Lumosity has been instrumental in defining the cognitive training space, both for consumers and researchers, and I look forward to leading the company through its next stage of growth.”

Earlier in his career, Berkowitz served as the CEO of Ask Jeeves (Ask.com). He was credited with building the management team that led Ask.com to grow from $40 million to $1.85 billion in value. In 2005, he led the sale of the business to IAC/InterActive Corporation for $1.85 billion.

Lumos Labs was founded in 2005, and its Lumosity product now has more than 40 brain-training games.