Four out of five teen and tween gamers are eager to adopt virtual reality devices. But more than 60 percent of consumers say they will not pay more than $400 for a VR head-mounted display.

These are some of the findings of the 2015 VR Consumer Report from Greenlight VR, a market researcher focused on VR, and Touchstone Research.

The survey also found that 85 percent of respondents expect to try virtual reality games. They are also most likely to buy a VR device that connects to a game console, and 70 percent of Generation Z consumers (the children born after millennials) would definitely or probably ask their parents to buy them a VR device. 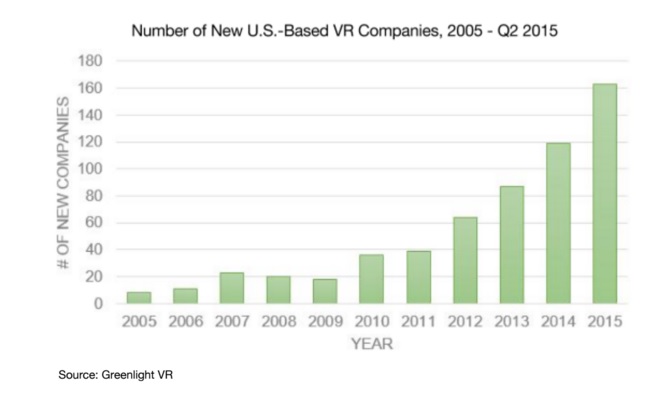 Above: The rise of VR startups.

These results bode well for the makers of virtual reality systems. Sony, Facebook’s Oculus, and HTC all plan to launch virtual reality headsets in the first half of 2016 (among others).

African-Americans, Asians, and Hispanics are more likely to be positive on VR than whites. Women and girls who want VR are most looking forward to music and dancing VR games. Racing VR experiences are most coveted across all generations. 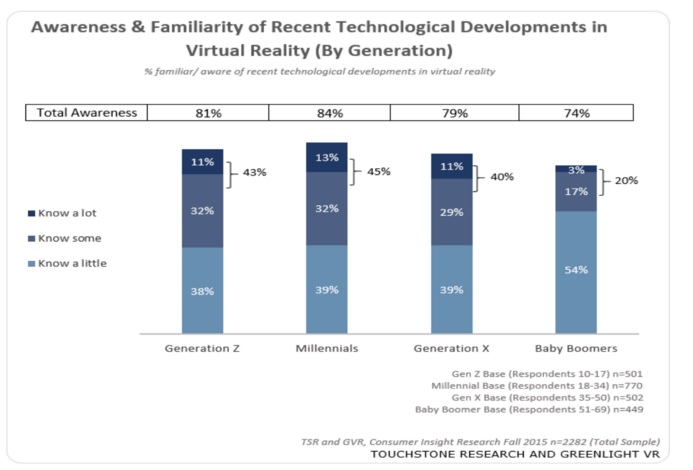 Above: Differences among generations in enthusiasm for VR.

Of those who are interested in virtual reality TV, sci-fi and action are the favorite genres. Younger generations such as Generation Z and millennials (young adults) will gravitate to games, while older generations are likely to focus on exploration and travel experiences.

And while VR has plenty of hype, only 10 percent of survey respondents say they know a lot about VR. Prior exposure is very important for consumer purchasing decisions. About 36 percent to 41 percent of those surveyed said that personal research and product demos were “extremely important” for purchase decisions.

But there are concerns about negative effects, such as “losing track of time,” “getting dizzy or sick,” and “feeling isolated or cut off from reality.”