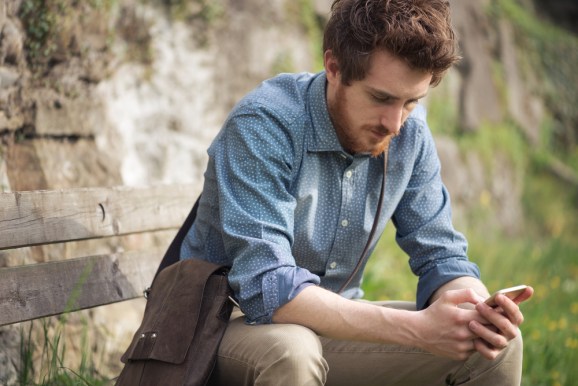 As the third quarter of 2015 was winding to a close this past September, you couldn’t throw a rock at a laptop without hitting a story about ad blocking, the purported scourge of modern media and the bane of publishers everywhere. It was and remains a very rational and understandable reaction to years of bad ads and legacy thinking that consumers, in their collective hive wisdom, have chosen in some not insignificant number to block ads (especially on desktop and on mobile web sites via iOS9 Safari extensions) — and which business media and self-interested parties have then blown into something even larger.

This week Smaato has released data that illuminates some other, perhaps less-commented-upon mobile advertising trends from the late summer of 2015. The company’s Global Trends in Mobile Programmatic report for Q3 is a thorough examination of the billions upon billions of mobile ad impressions served on Smaato’s global platform during this time period, and reflects the detailed activity and trends that unfurled across a wide base of publishers, advertisers and users.

To wit, we learned, among other things, that:

1. The pendulum is swinging back to apps

Ad blocking concerns may have really hit their stride in September, right at the tail end of Q3, but let’s remember that as of today, this is primarily a mobile web issue, effectively limited to extensions on Safari in the new iOS9, and not within publisher-controlled apps themselves. Publishers may be learning to direct their users back into the safe haven of their own apps, where ad blockers generally are not free to roam.

Smaato’s exchange saw a 6 percent positive shift in favor of apps in both supply (publisher inventory) and spend (advertisers’ spending on the Smaato Exchange) during Q3 2015, relative to that of the mobile web. Apps had previously comprised 65 percent of all traffic and 67 percent of all spending during Q3 2014; one year later, these numbers have jumped to 71 percent and 73 percent respectively.

This translates into a drop, percentage-wise, for mobile web supply and spending, which is now 29 percent (supply) and 27 percent (spend).

Supply is up dramatically in both areas, however. App supply grew by 57 percent in a year versus Q3 2014, and mobile web supply growth wasn’t far behind, with 42 percent growth year over year. It’s clear that there continues to be a rising tide for publishers across both apps and mobile web, driven by the ubiquity of smartphones in the developed world and the huge penetration increases over the past year in developing countries such as India, Indonesia, and China. It will be worth monitoring whether ad-blocking concerns drive a further increase in app traffic during Q4 of this year.

One revenue-producing trend that publishers worldwide are welcoming is the consensus move toward picking the largest ad formats that work for their apps’ or websites’ user experiences. While traditional 320×50 banners are still growing, their rate of growth is dropping in favor of larger sizes like the “medium rectangle” 300×250 unit — up 85 percent in Q3 2015 — and the interstitial ad (320×480), which grew 77 percent year-over-year during Q3.

This growth reflects a better user experience both for consumers and for advertisers. Targeted ads are more easily seen and less easy to ignore; but moreover, they’re made to best work with the available real estate in a given app or website. A further move to Video and Native Advertising is also well underway, which are heightening these trends — and bringing much higher eCPM for publishers in the process.

We also saw confirmation of a long-expected trend as feature phones are replaced by smartphones. Small ad units like the 216×36 banner are plummeting, with a -59 percent drop during Q3 alone from the year before. There is still a high amount of overall traffic in these ad units — not all feature phones nor smaller, first-generation smartphones have been upgraded to the iPhone 6s quite yet — but it’s time to get ready to say goodbye, as publishers continue to open their apps to showcase Rich Media, Video, and Native advertising in the months to come.

To reiterate the point raised in the previous section, publishers should not only pick the largest ad formats that work for their apps’ or websites’ user experiences, but also the most engaging creatives (video and/or other forms of rich media) in order to better engage consumers and, concurrently, generate higher demand for their inventory and increased eCPMs for themselves.

You never know — it might even tone down the ad blocking kerfuffle a little bit in the process.

Jay Hinman is VP of Marketing at Smaato.