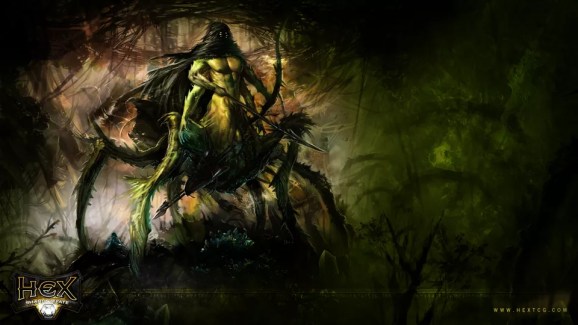 The Karlsruhe, Germany-based Gameforge has more than 450 million registered players for its games, but its audience is rooted in Europe. It has partnered with Hex Entertainment in Lake Forest, Calif., to publish the digital trading card game in North America and the European Union.

Publication of the game had been held up after Wizards of the Coast sued Hex Entertainment and Cryptozoic for allegedly copying elements of best-selling card games Magic: Online and Magic: The Gathering. But the biggest money-maker in card games is Blizzard’s Hearthstone: Heroes of Warcraft, which has helped create a new, $1.2 billion category.

“A short time ago, a pesky lawsuit between Hex Entertainment and Wizards of the Coast was resolved and we just started the great Hex Invitational Tournament with prize money totaling $100,000,” said Carsten van Husen, Gameforge chief executive, said in a statement. “In cooperation with our splendid developer, we can now offer Hex, the digital trading card game for pro-players, even more seamlessly on both sides of the Atlantic.”

Gameforge has a portfolio of 20 games, and it has 450 employees.

“We’re very excited for the future of Hex. Gameforge has been a great partner and they bring a lot of experience and talent. Having them become the publisher in North America and the European Union will allow us at Hex Entertainment to focus on the development of this amazing game,” said Cory Jones, CEO of Hex Entertainment, in a statement.