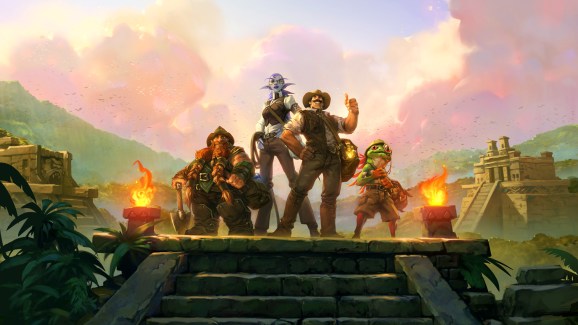 It’s time to get out your whip and yell “get off my plane!” because Hearthstone’s latest adventure is live. Wait — is that the right Harrison Ford movie?

Blizzard has made League of Explorers live for its card battler, and you get it now by booting up the game on PC, Mac, or smart devices. This new single-player campaign will have players going up against bosses in an effort to collect a few dozen new cards. As per usual, Blizzard will release the adventure in chunks. Today is the first of four wings, and you can buy this episode on its own for $7 or 700 gold. But if you pay up front, you can buy the entirety of the add-on for $20.

This strategy of keeping players invested in this highly competitive game by regularly rolling out adventures and major expansions has made Hearthstone the leader in the $1.2 billion digital card space.

While League of Explorers is similar to the previous adventures, Curse of Naxxramas and Blackrock Mountain, it will have its own quirks as well. Instead of just nothing but boss battles, League will also have special “encounters” where players must do Indiana Jones-style quests like escape from a crumbling temple or ride a mine cart. I’m also hoping Blizzard has one where you have to deal with an old Sean Connery for two hours.

League of Explorers is also the first introduction of the Discover “keyword,” which causes your cards to have special effects. The basic idea of this specialization is that Discover cards (not the credit card company) will present players with three class-specific cards that are not drawn from their deck.

Here is example of Discover in action: 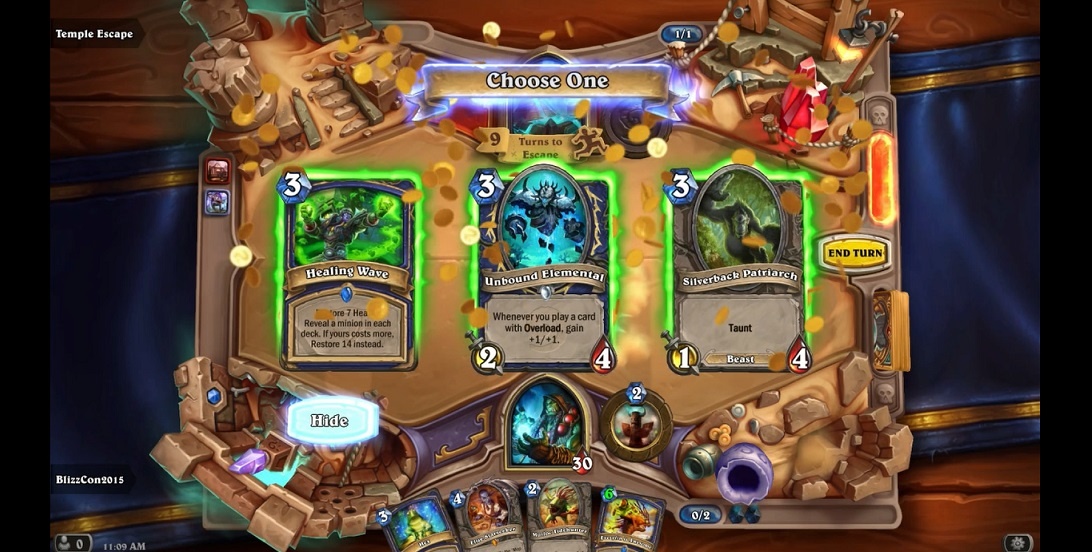