Apple announced Thursday that it’s shutting down Beats Music on November 30, nearly half a year after the launch of Apple Music (the company’s new music-streaming service that Beats has essentially been folded into).

It was only a matter of time before this happened — Beats Music had already stopped accepting new subscribers following the launch of Apple Music. Meanwhile, to ensure the transition goes smoothly for all its users — some of whom are not on iOS — Apple Music finally launched on Android this week.

That move signalled that Beats Music’s days as a standalone music-streaming service were numbered, though the Apple-owned brand lives on through the usual hardware product line and Apple’s new 24-hour rolling Beats 1 radio station.

The beat goes on with Apple Music. See for yourself at http://t.co/yYzuJWPt4Y

“Beats Music ends on November 30,” Beats Music customer support manager, Dale Bagwell, wrote in an official blog posting. “Your subscription will be cancelled, but you can move your picks and preferences over to Apple Music right now.”

“All the pros that curated music for you are still crafting more amazing experiences. Plus, on Apple Music, you’ll get even better recommendations based on music you already listen to and love, 24/7 global radio with Beats 1, exciting material from your favorite artist, and more.”

Apple posted a step-by-step guide to migrating a Beats Music account over to Apple Music here. 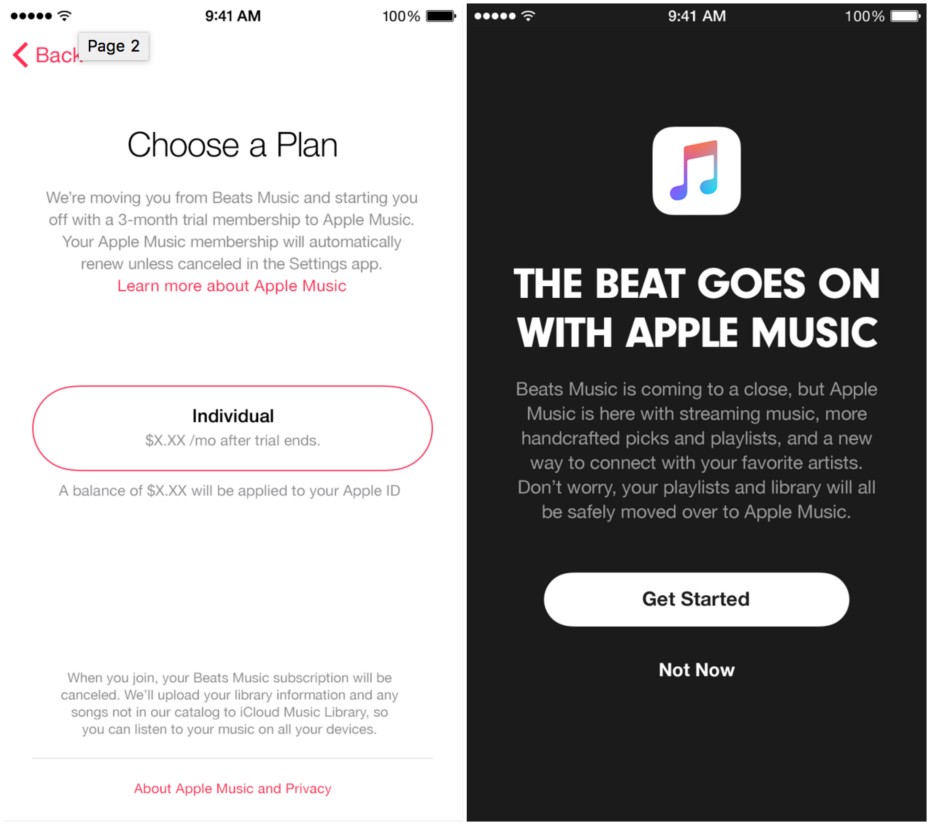