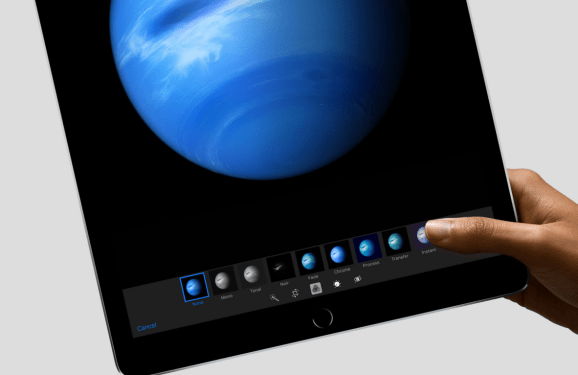 The iPad Pro is one of the most hotly anticipated products to come out of Apple in quite awhile. The 12.9-inch work-oriented tablet went on sale this week, and the first crop of reviews came out yesterday.

Unfortunately for Apple fans, some of those reviews don’t look so hot. Reviewers who normally rave about Apple products, like John Gruber and Walt Mossberg, are damning it with faint praise, while pointing out its substantial flaws: the substandard keyboard, the interface inconsistencies, the awkwardness of such a large device, and the lack of apps designed for such a large screen.

Both of those reviews are a bit weird. Gruber, while admitting that the iPad Pro is not for him or for many other people, still somehow believes that it is the future of computing.

Mossberg, while saying that the iPad Pro is not for him because it won’t substitute for a laptop, goes on to say that it can’t really be compared to its most obvious competition (and inspiration), the Microsoft Surface Pro 4, because the Microsoft product really is meant to serve as a laptop.

It’s almost as if these guys expected Apple to work some kind of magic to keep them from having to make a decision: Do I want a tablet or a laptop?

The problem is, that decision is not going to go away that easily. Microsoft has been throwing its considerable R&D and design resources at the problem for the past three years, starting with its Surface and Surface Pro tablets and more recently with its Surface Book.

I’ve been using the Surface Pro 3 for the past four months and, while I’m impressed by many aspects of it, I am far from a Microsoft fan. I’m constantly running into shortcomings or little glitches of the type that Gruber describes. But where the iPad Pro seems like a tablet that’s being uncomfortably forced to do double-duty as a laptop computer, the Surface Pro feels like a full-blown computer that’s being forced to do double-duty as a tablet. Its screen is gorgeous, its stylus (which comes included in the base price, unlike the iPad Pro) works as intuitively and responsively as anything I’ve seen, and it runs the full range of highly capable Windows software, making it a real workhorse. But the Surface still drives me up the wall nearly every day, with buttons for maximizing or closing windows that are too small to hit with my finger, screen-splitting gestures that work unpredictably, settings that are complex and hidden, and built-in apps that seem half-baked, buggy, or ill-conceived.

Other reviewers differ with Gruber and Mossberg. Federico Vittici at Macstories gushes over the iPad Pro, saying that he’ll never use a Mac as his primary computer ever again. Wired‘s David Pierce loves the hardware, and even though he dings it a bit for not fulfilling everything we need our laptops and desktops to do, he still believes that the iPad Pro — and iOS — represent the future of computing.

Of course, Tim Cook loves it, saying he no longer needs to travel with a MacBook. But he would say that — he’s Apple’s chief executive, and he does nothing but tout his own company’s goods all day long.

And VentureBeat’s Mark Sullivan was duly impressed with the iPad Pro’s size when he first laid hands on it in September.

There’s little doubt that the iPad Pro is a triumph of engineering, with a fantastic, high-resolution screen (2,732 x 2,048 pixels), remarkably light weight (1.6 pounds), and incredible performance, especially given that it’s running an ARM processor, not the more traditional desktop and laptop-style Intel x86 CPU. It also boasts fantastic battery life: 10 to 12 hours’ worth of serious usage, in these reviewers’ tests, which puts my Microsoft Surface Pro 3, with its 4 hours of sustained usage, to shame.

But the iPad Pro is expensive. The model every reviewer tested, with 128GB of storage and cellular data connectivity, sells for $1,079, and with the $99 Pencil and $169 keyboard, you’re looking at  $1,347 to replicate the experience enjoyed by Gruber, Mossberg, and the others. Yes, you can get an iPad Pro for as little as $799, but that will have only 32GB of storage and will lack cellular, a keyboard, and a stylus.

Who’s really going to shell out $1,000 to $1,350 to purchase a big tablet with a halfway decent keyboard and a really nice stylus, even if it does have a great screen and awesome battery life? I imagine there will be quite a few customers here in tech-loving (and cash-rich) Silicon Valley. But it seems like a hard sell for anyone else.

In short, the iPad Pro might represent the future of computing. But Microsoft saw that future almost three years before Apple did. And to both companies’ chagrin, that future isn’t here yet — which means it is still up for grabs.