Many StarCraft II players are still busy getting through Legacy of the Void. But developer Blizzard Entertainment is already looking toward the future.

StarCraft II: Legacy of the Void (out now on PC and Mac) wraps up a story that began in 1998 with the release of the original StarCraft. But that doesn’t mean it’s the end of the long-running real-time strategy series. At last week’s BlizzCon fan convention, Blizzard revealed that the sci-fi story would live on in Mission Packs, which will have levels and objectives based around different StarCraft characters.

It’s safe to say that Blizzard is far from being done with the franchise.

I met with lead producer Tim Morten at BlizzCon to find out more about the company’s commitment to expanding StarCraft II. According to Morten, the majority of people who play the game play it for the story campaigns, so it was only natural for the development team to continue working on that kind of content.

“We feel like there’s so many potential stories to be told in the StarCraft universe,” he said.

Here’s a detailed breakdown of what Blizzard has in store for both Nova Covert Ops and future Mission Packs.

What’s going on with Nova, anyway?

Nova Covert Ops takes place a few years after the ending from Legacy of the Void. During a BlizzCon panel about the future of StarCraft II, writer Valerie Watrous dropped a few details about what the universe is like in that time. The Dominion (the governing body of humankind, or Terrans in StarCraft parlance) consists of a war-torn people. Over the years, they’ve been through different battles, both against each other and against the bug-like Zergs. They just want peace.

Emperor Valerian Mengsk is a much more progressive ruler than his father Arcturus, who perished in Heart of the Swarm (the second StarCraft II expansion). He grants his people civil liberties (like freedom of the press) that they never had before. But this leaves him open to attacks in the media from his critics. Valerian worries that his outspoken enemies are forming secret alliances to try to oust him from power.

One of those alliances is the Defenders of Man. On the surface, it vows to protect the world from future alien invasions, which makes the Defenders of Man popular among the people. But something weird is going on. In the teaser trailer for Nova Covert Ops that debuted last week, Nova wakes up in a mysterious place — this facility actually belongs to the alliance.

She doesn’t know how she got there, but through the course of her adventure, she’ll find out what the Defenders of Man is really up to. Like the main campaigns, Nova Covert Ops will have cutscenes that help tell the story. 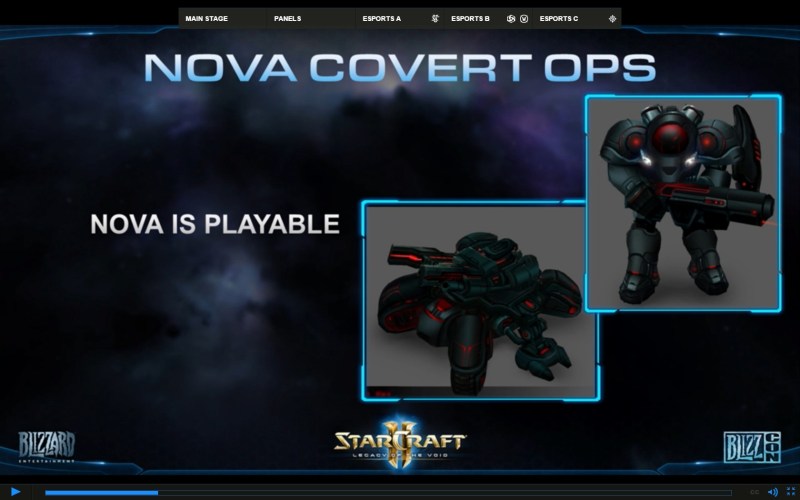 Above: Blizzard showed off what Nova’s black ops units will look like.

Nova Covert Ops will come out in three chunks

Nova Covert Ops is a standalone story arc told over the course of nine different missions. But Blizzard isn’t going to release all of them at once. They’ll come out in three different sets, with each set containing three missions. After Blizzard releases the first set, some time will pass, and then they’ll release the next one, and so on. It’s a different schedule from what the StarCraft team is used to.

In the past, it made expansions that were two or more years apart from release. The first chapter of the StarCraft II trilogy, Wings of Liberty, came out in 2010, and Heart of the Swarm appeared on store shelves in 2013.

“It’s sort of changing the way we approach releasing content,” said Morten. “The work that we’re doing is commensurate to what we would do when we make a full [expansion like Legacy of the Void]. But instead of waiting two years, we’re delivering work as we complete it.”

I asked Morten if the staggered schedule has anything to do with the growing trend of episodic games (as popularized by Telltale Games’s work with licensed properties).

“We definitely looked at that and we also looked just upstairs at the [Heroes of the Storm] team and the wonderful content cadence that they’ve accomplished in terms of releasing new heroes, new map content,” he said. “I think that audience responds so well to the continuity of it that we want to try to provide that for StarCraft.”

Blizzard is still figuring out how it’ll price these Mission Packs, but Morten said they’re going to try to make them a “great value” for players. 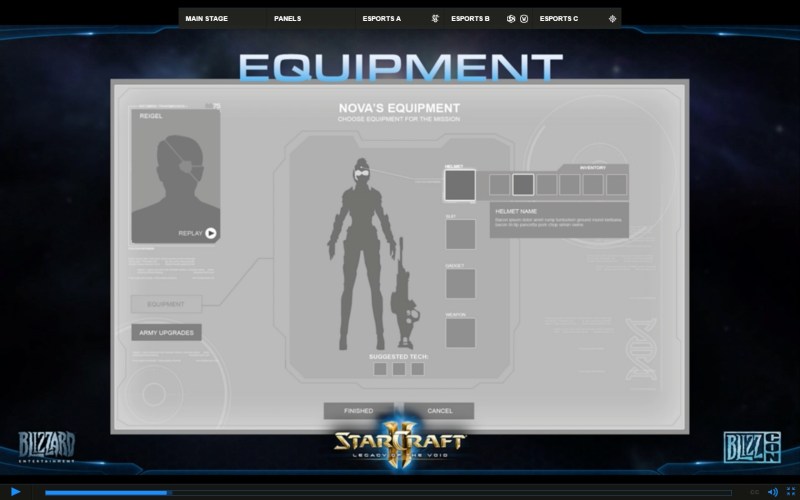 Above: A rough mock-up of Nova’s loadout screen. You can give her new weapons and equipment.

While Nova Covert Ops takes place after Legacy of the Void, Blizzard is open to exploring different timelines. We might see flashbacks or tales that take place concurrently with the events from the StarCraft II trilogy. Just don’t count on seeing any of the major characters returning.

“I think all options are on the table in the future, but we really have tried to resolve the story around Raynor, Kerrigan, and Artanis,” said Morten. “So there’s a reluctance on our part to open new plot lines for those characters. We don’t want to stray into that territory of making people feel like ‘to be continued’ should be at the end of Legacy of the Void. Legacy of the Void really is meant to tie up their story.”

However, other characters that players are familiar with from the campaigns will show up in Nova Covert Ops. It’s these side characters that makes Blizzard so excited for the Mission Packs. Morten said it feels like they have “so much fertile ground to explore.”

“Characters we touched on lightly over the course of the campaign or characters we never met before — I think there’s a lot of opportunity to get creative with what we have post-launch,” he added. 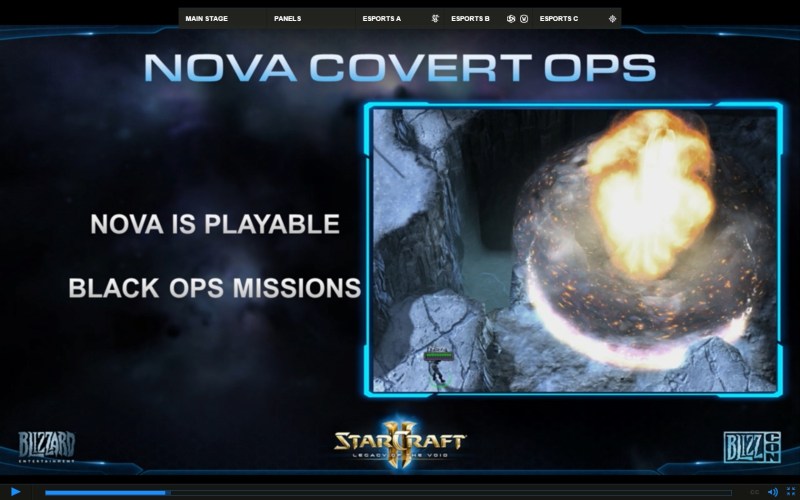 Above: Lead designer Jason Huck promised players that they’ll be able to “nuke the crap” out of their enemies.

Is StarCraft III still a possibility?

Whether Blizzard continues making these one-off stories or begins working on another big entry in the franchise depends on how fans respond to the Mission Packs.

“If the feedback is they’d like to see more of this type of content, we’re certainly excited to build it,” said Morten. “If the feedback we get is they want to see entire new games, than that’s something we’ll consider as well.”

It’s a fascinating evolution for the 17 year-old series. The micro-content plans puts StarCraft II more in line with other Blizzard games like Hearthstone and Heroes of the Storm, both of which receive a steady stream of updates throughout the year.