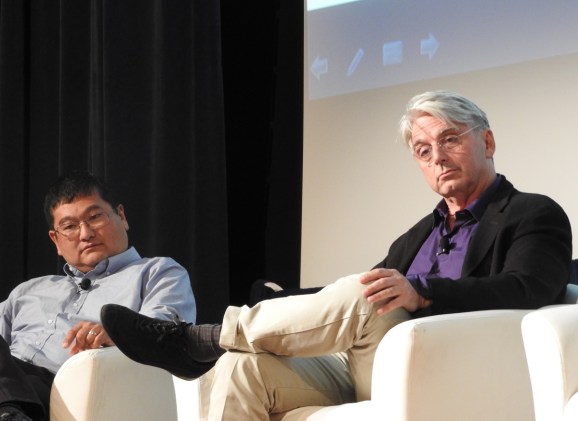 Dean Takahashi of GamesBeat and John Riccitiello of Unity at the VRX event in SF.

Unity Technologies has armed more than 2 million developers with the tools to make video games. And those developers have shown a lot of enthusiasm for gaming’s newest platform, virtual reality. So much so that we could see a flood of systems, games, and startups during the next year.

John Riccitiello, chief executive of Unity, said in a fireside chat with me at the VRX conference this week that he’s really excited about VR, too. But he worries that we’ll have a wave of disappointment next year as the actual sales of VR systems fall short of the wildest hopes. He thinks the market will take two to four years to develop. And that means startups and game developers should plan accordingly for a long road to riches.

We talked about the VR hype and Unity’s role in game development. Here’s an edited transcript of our interview. 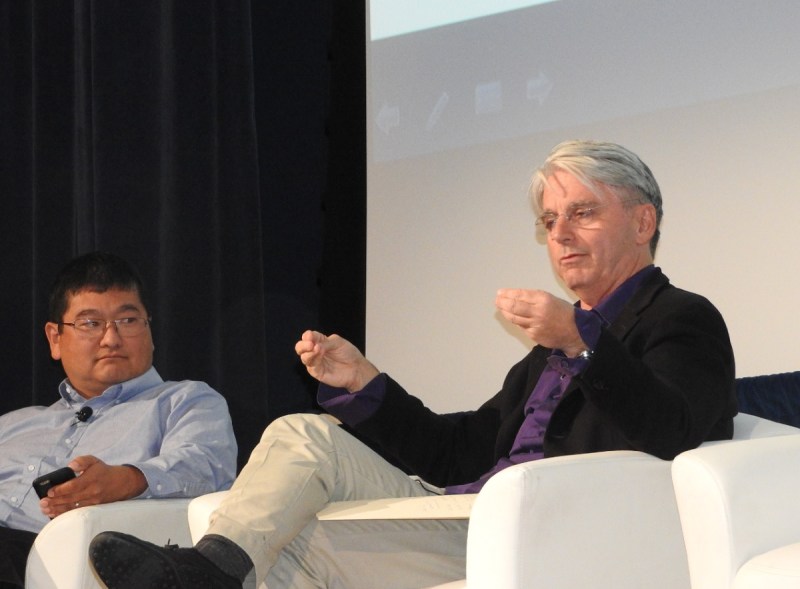 Above: John Riccitiello of Unity says he’s impressed with the creativity of VR apps.

John Riccitiello: For those of you that don’t know, Unity has been around about 10 years. We built a product, the Unity engine, that a huge portion of PC and console and mobile games are built on, especially mobile and PC. And PlayStation Network and Xbox Live, and many other platforms. It’s a tool set that enables the creation of games.

The numbers are pretty big. Last month 1.2 billion games built on Unity were downloaded. Looking at that, it’s probably a network of 300 or 400 million daily active users. That’s a very big reach. It’s a function of the fact that, on a platform like Android, more than 30 percent of the games are built on Unity. There are lots of reasons for that.

A lot of the work was done before I got there, so I can’t take much credit for the particular achievement, that huge democratization if you will. But what’s new at Unity, and pretty exciting—This company has achieved something huge on behalf of developers. Developers can get ahead if you give them tools that let them spend more time on design. In the last year we’ve hired a couple hundred engineers on top of what we had before, and we’re investing to make the most beautiful games possible. We’re thinking about VR and AR. The ambitions are enormously high.

We’re also investing so our developer partners can do better on the business side. We’re enabling them to monetize with both in-app purchases and advertising. We’re building that into the platform because it’s one thing to build a game, but it’s really irritating to build a great game and then you can’t find an audience for it. We think the current model of just putting it out there is too difficult. We’re working at solving problems that need solving in the industry.

We’re doing what Unity has been known for a long time, but a lot more ambitious. It’s built on the foundation of cool stuff done by guys who were there before me.

GamesBeat: What’s your take on AR and VR?

Riccitiello: I’m nervous that conferences like this exist at all. It seems like we all expect to see a brand new head-mounted display under every Christmas tree. There’s this notion that it’s all here now. My honest expectation is that there won’t be a consumer market for AR and VR for two years, probably, if not four.

We haven’t gotten the kit together where it’s a powerful enough compute box. AR and VR require enormous compute power. The creative challenges around what a game is, what a movie is, what some of the other applications are – even just basic chatting – aren’t figured out. Content creation in this space is not figured out.

Within 10 years, or probably six or seven, a billion people will be wearing a head-mounted display and it’ll be the most incredible thing you’ve ever seen. It’s going to be big, and I’ve been through many platform transitions and platform creations. I see the earmarks here. I’m quite certain of it.

What I’m also quite certain of is that the party might feel like it’s over before it’s started. A number of folks in the industry want to say it’s not a big deal, and in 2016 they’ll probably be right. We’ll go through a gigantic wave of hype, and then it’ll break when people aren’t that excited about what they can get. Either the kit isn’t going to be that good or the content experience isn’t going to be as awesome as they wanted. That’s to be expected.

For me, 2016 is going to be the pro-sumer environment. If you’re used to alpha hardware and alpha software, that’s going to be what it feels like. It’s just the early innings of the biggest game in history. 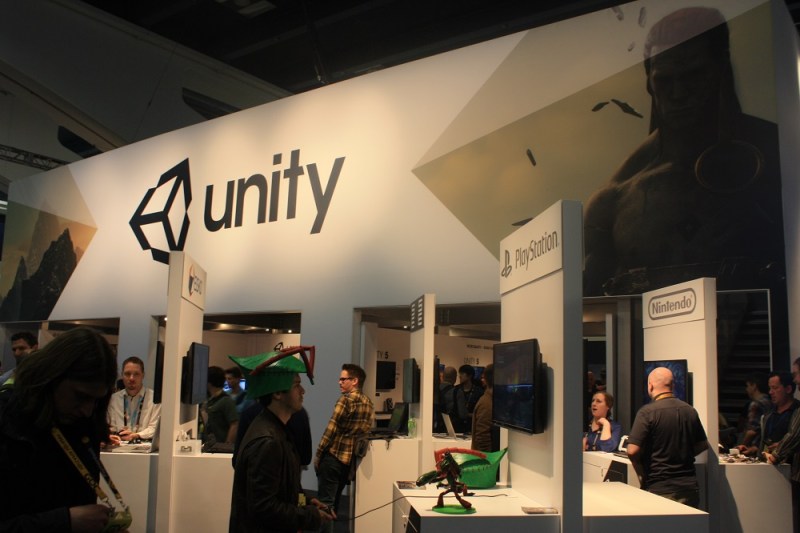 Above: The Unity booth on the GDC 2015 show floor.

GamesBeat: You guys get to see everything that’s getting created. People are using Unity to create VR experiences. From what you see, what are you excited about?

Some of these things are. I don’t think you’re going to take the current Call of Duty or Battlefield and translate that to VR expecting anything but a bucket full of nausea. We’re going to have to reinvent a lot of things. I’ve seen smart companies forming the beginnings of that reinvention. Quietly, I’m confident that they’re going to build something with VR. But what I really believe is that it’s going to take off a little slow.

All of you that are content creators, you should creatively experiment a lot and don’t rush. It’s not a consumer market. You’re not gonna make any money in 2016 on dollars per unit or units per dollar. It’s going to be slow next year. Take your time to build something so cool that it has a chance to be the beginning of something when you iterate a second or third time.

The language of VR, the words we use to describe it—We all know what those words are for games and movies. We don’t know what the words are with VR and AR yet. If we put this up, what do we call the thing right behind it? What about spatial sound and how that affects things? How do you attract people’s attention with something that’s not right in front of them? The clues aren’t all there. It’s irritating to have some of the up-front head-mounted screen providing data, because that interrupts your sense of immersion. We have a lot of work to do to get this right.