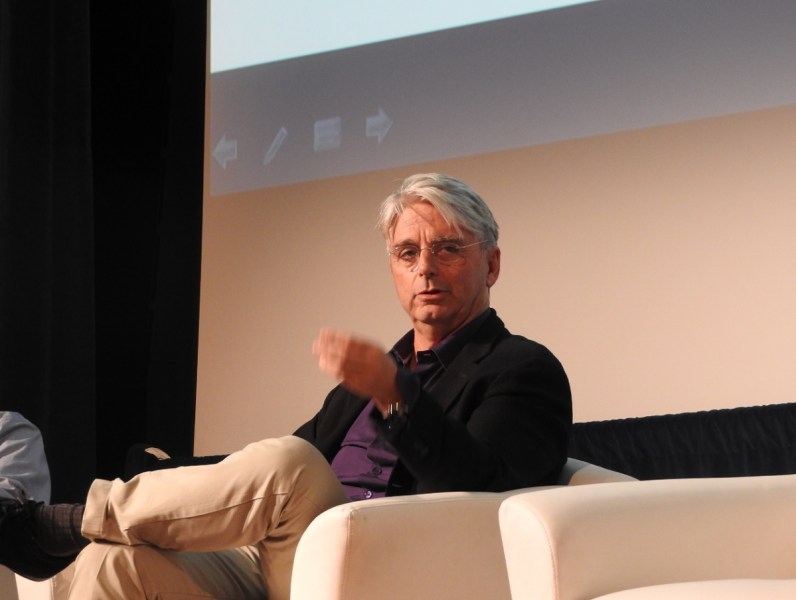 Above: John Riccitiello, CEO of Unity Technologies, loves VR but worries about the hype.

GamesBeat: If people are going to have a lot of time, maybe they should create their own 3D game engine? [Laughter]

Riccitiello: First off, if I had to give people a bit of advice, I’d tell them to use a good 3D engine. There are thousands, maybe hundreds of thousands of man-months built into Unity to make this stuff work. VR needs a 3D engine. There are a couple of things you can do in 2D, but the reality is that a 3D engine is in fact native to what VR and AR are — what’s around you and in front of you and behind you. We’re using a stereoscopic 3D image with a fixed point of view. That comes naturally.

Earlier I was suggesting that people get creative early. You can spend all the money some $400 billion conglomerate is giving you to screw around with figuring out how to make paint brushes, or you can pick them up off the desktop and start iterating right now. It’s not about building tools. It’s figuring out what you’re going to do with those tools.

What Brendan from Oculus likes to say is, “It makes you feel like you’re going someplace else.” Achieve that. Achieve something special. You can build tools with whatever your conglomerate has given you, but my advice is to move ahead. Do it quickly. Iterate a lot.

GamesBeat: There are other tools out there — Epic with the Unreal engine, MaxPlay with its new engine. They talked about the need to create a modern cloud-based game engine. Can you talk about how you guys are distinguishing Unity from these other companies?

Riccitiello: There’s a reason, or a lot of reasons, why the vast majority of developers in VR and AR are picking Unity. Other companies and other platforms can talk about hundreds of games in development on their platforms. We can talk about many thousands of games on our platform. There were 160,000 games on our platform last quarter. I don’t know what portion of those are VR, but it’s many thousands. There are many thousands of companies building their entire company on the basis of Unity. It works really well to do a lot of things.

We saw, a few minutes ago, a guy up here from Rothenberg Ventures. They’re a couple of blocks away from my office in San Francisco. They invited me down for the day, and I had the pleasure of meeting eight or nine of the 25 or so companies they invested in. The vast majority of them, the entire company is built on Unity.

One of them had an unbelievable content creation layer that sits on top of Unity. Another was a VR chat company. I felt like I was really talking to someone for the first time ever. You probably all know Altspace, but it gives you presence in an environment that you can share with your friends on the internet in VR. There are many, many more.

Now let me explain why they’re choosing Unity. First, it’s by far the fastest platform to iterate on. I’m not a current technologist and I never was, but I can throw something together in an afternoon that looks reasonable. A team can iterate through something pretty amazing very quickly. 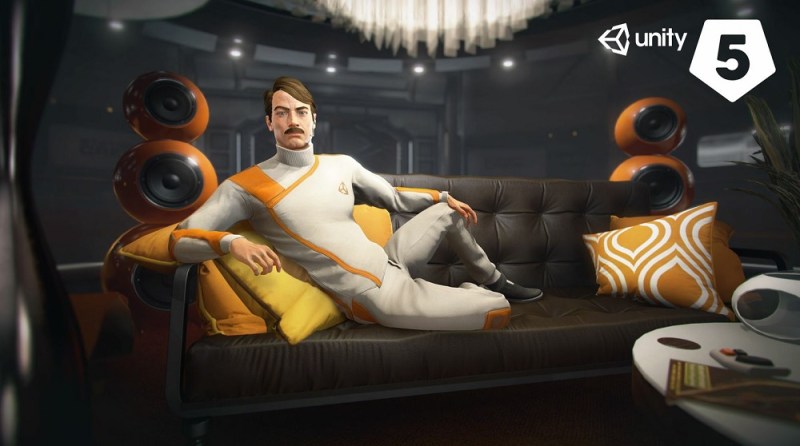 Above: Unity 5 graphics shows it’s easier than ever to make games look good.

We cover more platforms. I know and appreciate all the major platforms out there, but these things don’t always turn out the way you expect. There are at least 50 more hardware platforms out there that you haven’t heard of yet. If we include China, there are probably 5,000. Staring down a proliferation of hardware platforms, and we’re going to get there first. We always do. It may turn out to be the secret of where your revenue lies, and it may be that it doesn’t matter. But we’ll get you on more platforms.

There are five million people in the world currently using and creating on Unity. They’re trained. Who doesn’t have a problem with building a team of people who can get together and actually create on day one to build your content? You have this huge work force ready, trained, skilled, and value-adding.

The last thing I’d say as far as Unity investing in VR — today, we have 465 engineers making a better 3D engine every day. I don’t think anybody in the world has anything close to that. A huge and increasing portion of that is focused exclusively on VR content creation, and also just on building higher performance. We’re recruiting some of the most talented folks from the most specialized, high-end game companies in the world to make Unity better.

You asked if we’re scared of our competition. In one regard, there’s another company out there with a reputation for doing very high-end work. We’re rapidly closing whatever was remaining of that gap, and then that’s that. Beyond that we’re investing more than the others can afford in VR at the high end, as well as extensively in other platforms.

You talked about companies that have this cloud connection. While I think collaboration in game development is a big deal — Unity launched its own cloud platform not long ago and there are literally tens of thousands of games built on that platform — having said that, we’re coming out with our own answer. We have tools out there and a lot more coming. But the notion that a game is like a Google Doc is a bad notion. It’s not something one-dimensional, where you’re just typing and you might share a collaborative portion of the typing.