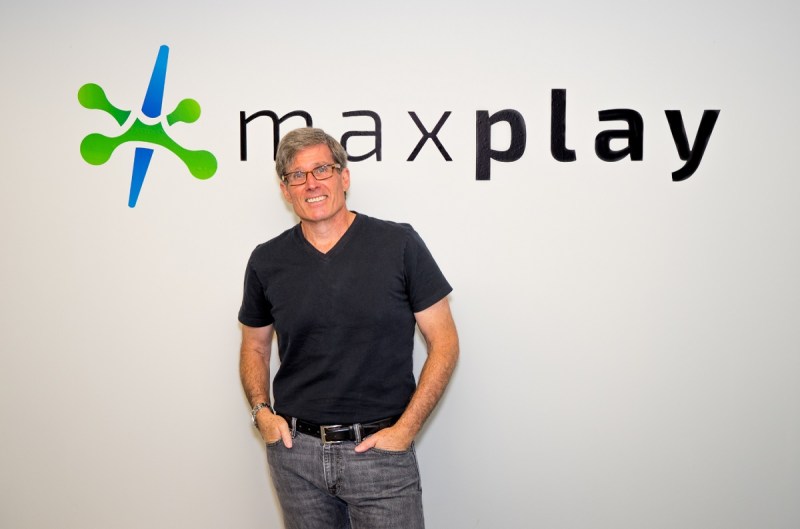 Above: Sinjin Bain, the CEO of Maxplay

In our centered world, I don’t know that 10 people with paintbrushes on the same canvas at the same time is the idea that I would push. Unity is built on the idea that if you want five people putting in art or five people working on one thing for a period of time, they can be brought in for that. It’s the tool that I think professionals need to use, because they recognize that sometimes they’re working alone and sometimes they’re working in a team, a collaborative team. But I don’t know that the notion of always sharing everything is a particularly good one.

GamesBeat: Do you have an idea of what business model is going to work the best in VR? It doesn’t look like the banner ad is going to be the way to monetize.

Riccitiello: From the beginning of time, all content has been monetized one of two ways. People pay for it directly — in-app purchases or premium or other ways of paying – or through advertising. In other words, their presence creates enough of an audience.

I don’t see enough hardware or enough usage for advertising to become a business model in AR or VR for four to five years. That leaves you singularly, for those of you who want enough revenue to pay the rent, having to deal with premium.

Personally, I think the notion of presence, of being immersed in a space — it may seem a little harder to imagine the notion of in-app purchases being a way to make that go. Also, in-app purchases work in a world where 95 or 97 percent of the users don’t pay, but you’re dealing with such a mass market that the three percent makes enough money for some companies, or the few companies at the top of the pyramid.

Earlier I said that we’re not going to see mass market adoption in 2016 or 2017. By process of elimination—Ads will work someday, but not in the next couple of years at a scale that will let anybody pay the bills. In-app purchases aren’t going to find an audience to pay the bills. That leaves you in something like the console model around the early ‘90s, and I bet the business models follow suit. 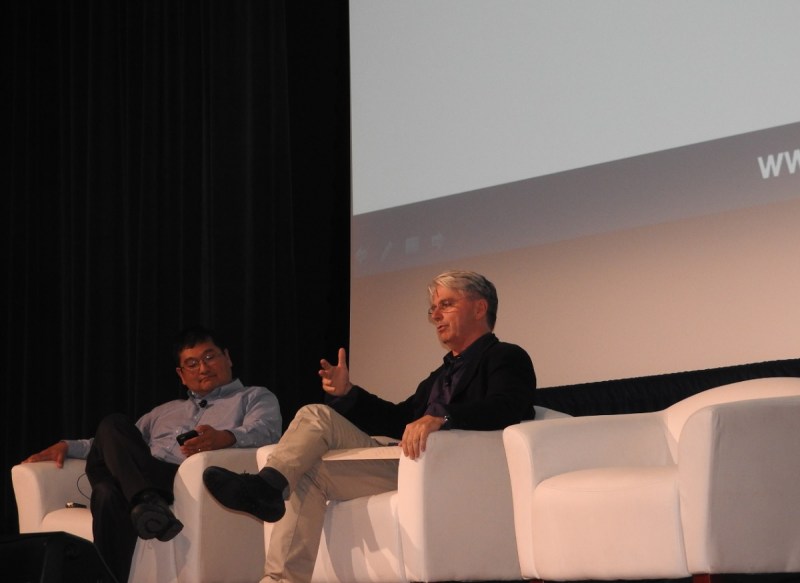 Above: Dean Takahashi of GamesBeat and John Riccitiello of Unity at VRX event.

GamesBeat: There’s something like 250 VR companies already. People are talking about seed rounds for VR, as well as getting started. We know there’s going to be a lot more, even by the time the first units start shipping. What do you think the outcome of this is going to be?

Riccitiello: Earlier I mentioned that 2016 and 2017 have that risk of disappointment setting in. We may well see so much hardware and so much choice out there, and a lot of it will be crap. We’ll see a lot of software and a lot of that will be similarly flavored. There’s a risk of some disappointment.

Having said that, I am completely confident that someone in this audience, among others, is going to create a special experience. They’re likely to be making fairly straightforward things initially — chat apps, travel, basic games, basic linear storytelling. You mentioned some content creation being built on top of Unity. We’re building our own to augment that as well. But I do think that you’re going to need a bit of fortitude to get through 2016 with the same confidence that you can come in with now, without so much in the marketplace, at the end of 2015.

I am as big an enthusiast as you can be for VR, and also for AR. I was an early participant in helping build Oculus into the platform it is today. This is the future. It is a very big deal. It’s just getting shot out of a cannon in a ready-fire-aim sort of way, as opposed to ready-aim-fire. Because of that there’s going to be some fodder for less than favorable reviews of some things that are being launched. That’s going to be a competing notion in 2016 with those of us who have all the enthusiasm.

Question: I hear a lot of talk about the PC business right now – obviously they’ll be customers for a while – and a lot of people talking about B2B business. Can you talk a little about B2D business for developers? Unity is in a great spot where you can sell tools and assets on the asset store. That’s been a real help, and it seems like there’s an opportunity for companies to build VR tools that help get everything ready in the short term.

Riccitiello: B2C is 95 percent of the industry in gaming. Or it’s certainly more than 90. It’s obviously not 100, because we exist and there are competitors for us out there on the B2B side. VR’s going to be the same. Let’s be realistic. You have to build a consumer app for this to be good.

On the B2B side, I would say that for those of you who think that this early in the cycle you have to build it before you can play it, let me remind you of the standard business model for B2B in an industry where we sell products. It’s free. You have to build for the long term to build your business. So I don’t think B2B represents a business answer. But there is no question that there are going to be some B2B tools.

Realistically, people are going to want to be able to communicate with each other in VR in a multiplayer environment, and there will be some level of chat or interaction. That’s important to people. They want that. Every game company isn’t going to build that. There’s all sorts of people working on things like spatial sound, how to get your attention and find ways to do that better in one way versus another. Those are going to be complicated technologies. There’s a good system within Unity, but if there are more advanced systems that someone can create and plug in to that, sure. 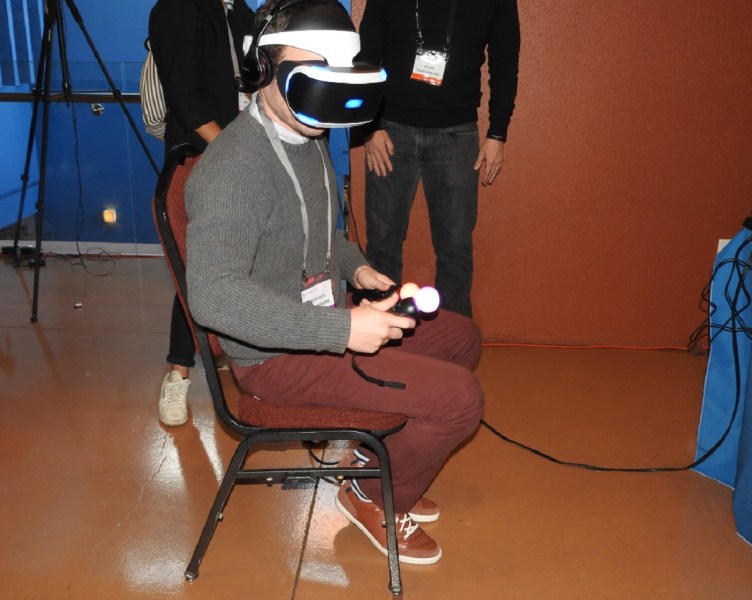 Question: You mentioned that the model that Telltale uses for storytelling could work in a VR environment. Given the new challenges that VR presents, what do you think could work for telling stories in the medium?

Riccitiello: The reason I mentioned Telltale Games is that you’re moving through a space in a measured way. You’re not rushing through a space. Some of the issues around speed of locomotion and comfort really help them out.

The second issue is, I believe you’re going to need some bit of interaction to tell a linear story, because you’re going to need to draw the player’s attention to something. You need to know that they actually grok the point you’re trying to make before they move to the next step. A film director has the chance to put everything right in front of you and assuming you don’t just hit the pause button, they know they’re getting your attention.

It’s very possible for something salient to the production to be taking place over there when you’re looking over here, and you completely miss it. There are other solutions to this problem. I’m not saying Telltale’s way is the only way of doing it. But it’s a particularly good model for one way to go about it.