The key takeaway from Pandora’s Rdio buy today is that Pandora will soon add a subscription streaming service to its menu of products. But for advertisers, the more immediate benefit of the deal may be the chance to target audio ads to a global audience for the first time.

Rdio already offers its service to users in 80 countries. This acquisition will eventually extend Pandora’s reach to some promising markets, like the UK and India.

“The short answer is that this is all about scale,” said Steve Katelman, EVP of Strategic Partnerships at Omnicom Media Group. “As an advertiser, Pandora will be able to offer advertisers more reach if it can convert the Rdio user base over to Pandora services. And doing this on a global level becomes even more appealing.” 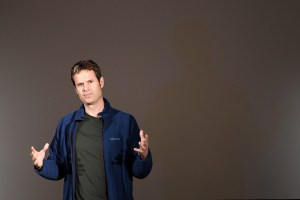 The deal is also about data. Ad targeting data.

Katelman believes that users’ listening tastes, combined with other data, can say a lot about their potential receptiveness to ads.

During a call with investors today, Pandora leadership said offering both a free ad-based product and an on-demand subscription service (based on Rdio technology) would give users more reason to stay on the Pandora platform.

“There are users that want both, so why encourage them to go elsewhere?” Pandora CEO Brian McAndrews asked during a conference call with investors Monday afternoon. Music subscription services are not big moneymakers, due to high licensing fees and user acquisition costs, but keeping users in the Pandora universe may make it worth the time and money.

The expansion of the Pandora product offering relates directly to the company’s potential global scale. In order to offer streaming music internationally, Pandora will now have to form direct licensing deals with music rights holders. The existing Rdio content licenses won’t transfer to Pandora. Until now, Pandora has relied on the DMCA for the right to stream music in the U.S. for low royalty rates.

The rights holders, as Deezer North American CEO Tyler Goldman pointed out, are more likely to give Pandora licenses at favorable rates if they see that Pandora is offering both an ad-based product and an on-demand subscription service that people will actually pay for. “It’s very hard to get direct licenses for an ad-only product,” Goldman said.

Right now, only about 5 percent of Pandora customers pay for the company’s “premium” product, which is really just Pandora without the ads.

Goldman believes that because Rdio’s user base was probably small, Pandora was making an acqui-hire and trying to get some of Rdio’s intellectual property.

George Manas, chief strategy officer at the search and social agency Resolution Media, agreed that Pandora’s interest in Rdio isn’t about Rdio’s user numbers. He believes the buy is also about relationships.

“Rdio, while not a major player, nevertheless has the technology, data, and more importantly, the historical relationships with consumers and the music industry that Pandora needs as they venture to diversify their monetization strategy and increase subscription revenue,” Manas said.

Manas believes that the Pandora acquisition of Rdio can be seen as part of a larger trend in digital media toward what he called “ecosystemization,” where platforms like Apple and Facebook are “continuously expanding their portfolio of products to address the growing diversity in user preferences and behaviors” in a rapid-fire competition for consumer time and money.

“This can happen through building or buying,” Manas said. “In this case Pandora bought.”