The app is now better at understanding complex questions, which you can ask by typing or speaking. In particular, the Google app can now handle superlatives, ordered items, and dates.

The Google app can “truly understand the meaning of what you’re asking” by breaking down a query to understand the semantics of each piece and figure out the overall intent. Google can then traverse its Knowledge Graph “much more reliably” to get you a more accurate answer. 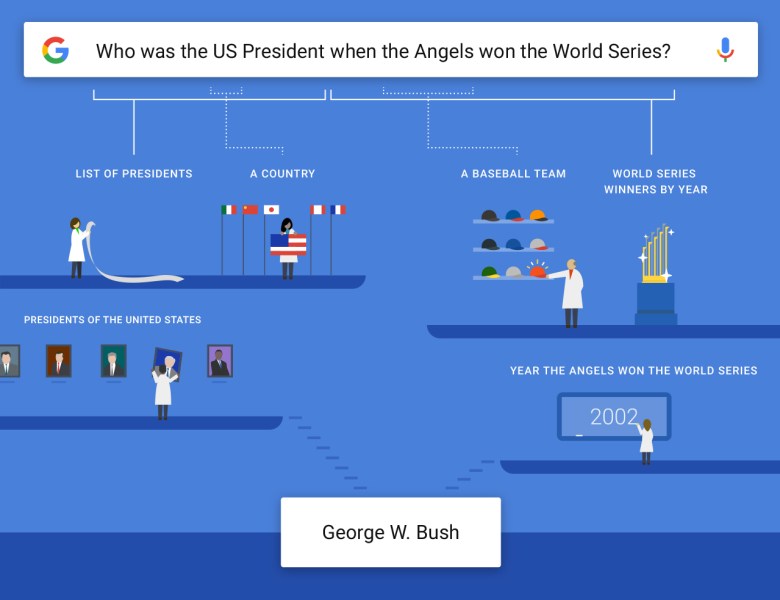 Google offered specific examples of questions that use superlatives, ordered items, and dates the app can now answer:

The last two, and the Bush example above, are examples of complex combinations. The app can handle these, though Google admitted it can still be tripped up.

Asking the Google app “Who was Dakota Johnson’s mom in the movie Fifty Shades of Grey?” will give you a list of the movies of Dakota Johnson’s real-life mother Melanie Griffith, not the actress Jennifer Ehle. Thankfully, questions like that aren’t very common.

As the word error rate decreases and as understanding improves, search will get to a point where you no longer have to pick the right set of keywords to get the result you’ll be looking for. You’ll just be able to ask, and that’s exactly what Google is hoping to achieve.