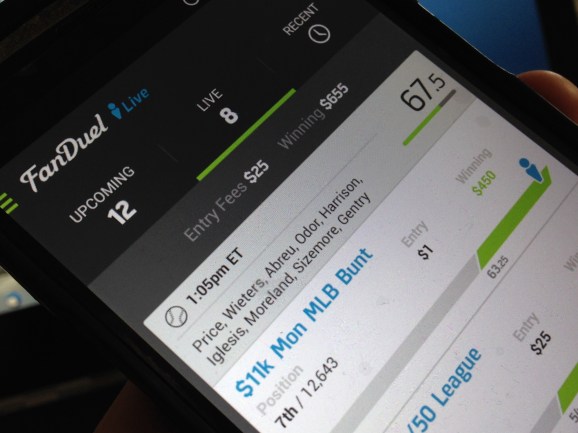 FanDuel and DraftKings will have to cease operations in Nevada.

FanDuel has temporarily suspended paid contests on its site while it sorts out its legal problems in New York. The company under a state’s Attorney General investigation over allegations that what it and competitor DraftKings are doing is tantamount to gambling.

Effective at 2:30 p.m. Eastern on November 17, FanDuel says that all users in New York will “be restricted from entering paid contests.” However, if you’ve entered into one before the 2:30 p.m. Eastern cutoff time, the contest will still take place without any interruptions.

The company did say that there won’t be any delay in players withdrawing money from their accounts.

So while the company continues to battle the state over its right to operate, it’s complying with a judicial order of sorts by temporarily halting its operations as it pertains to paid contests. FanDuel remains adamant that it can defend itself and says that it’ll have an update in 10 days, at which time it hopes to offer paid contests to New Yorkers once again.

DraftKings has not issued any similar order so it’s likely that operations there will continue to run as planned without any restrictions.

Earlier, FanDuel had requested a temporary restraining order against New York’s Attorney General Eric Schneiderman, but it was denied. Both it and DraftKings pleaded their case saying that the state had been pressuring their vendors to stop doing business with them, which could cause them to stop doing business entirely in New York.

The state’s Supreme Court will hear arguments on the government’s request to shut them down on November 25.