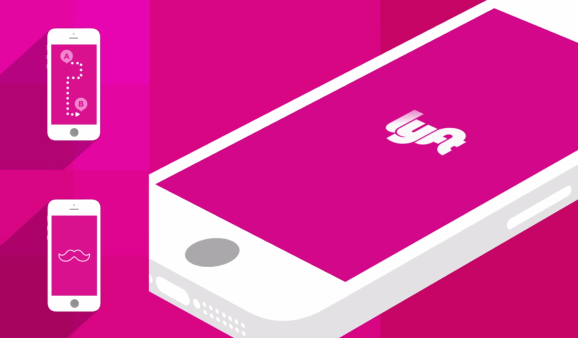 Hitting a $1 billion run rate over the next year would suggest privately owned Lyft has grown its market share in some critical U.S. cities, despite competition from Uber, the larger and better-financed ride-hailing app. Founded in 2012, Lyft’s revenue in 2014 was estimated at $130 million, according to company financial documents cited by Bloomberg.

“It demonstrates what a large business opportunity this is,” said John Zimmer, Lyft co-founder and president. “The market that we are playing in is … a $2.25 trillion transportation industry.”

Zimmer was scheduled to detail the company’s growth Tuesday morning at the Los Angeles Auto Show.

A run rate is a common indicator of future sales and profitability for high-growth, private companies. However, it requires extrapolating annual levels from a small amount of data and is only a projection for how much Lyft could make in the next year.

By comparison, Uber expects to have about $2 billion in revenue in 2015, according to documents seen by Reuters.

Lyft calculated its $1 billion run rate from its gross bookings in October, when the company made about $83 million off of 7 million rides.

That did not include Halloween, Zimmer said, which will be counted in November’s figures and is one of the ride-hailing industry’s busiest nights of the year.

Lyft has more than a 40 percent market share in San Francisco, its hometown, and in Austin, Texas, Zimmer said.

The majority of rides in San Francisco and New York City are through the Lyft Line service, a carpool feature that brings several passengers together to share a car, Lyft co-founder and CEO Logan Green said last week.

Lyft operates in 150 cities, although it is not available outside of the United States. The company said last month it has more than 100,000 active drivers on its app providing a million rides a week.

Zimmer added that many passengers are hailing 100 rides a month or more.

However, Lyft’s continued growth also hinges on its ability to tap investors for money. The recent pullback in late- and mid-stage investing and the cooling IPO market are expected to make capital tougher to raise for high-priced companies.

Lyft has raised $1 billion at a $2.5 billion valuation, and Zimmer said it still has “the far, far majority of that money in the bank,” without providing specifics.