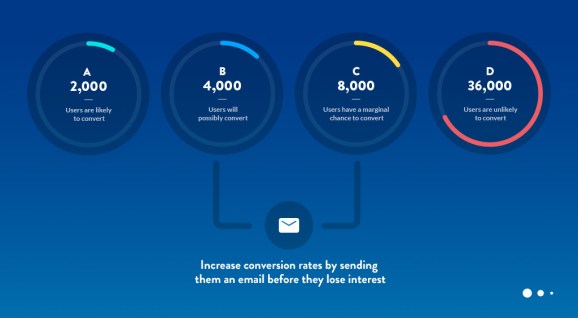 Mixpanel Predict can guess what users can do next.

Mobile analytics software startup Mixpanel is announcing today the launch of a new component called Predict, which will give companies the ability to make guesses about what users will do within mobile apps.

Rather than put Mixpanel into the predictive analytics industry, where companies IBM and SAS do business, Predict will allow the startup to help customers understand the conversion rates of various versions of their apps, cofounder and chief executive Suhail Doshi told VentureBeat in an interview.

Rather than look for a specific type of data in every app, Predict looks at all available data and applies machine learning algorithms to make inferences. In an email, Doshi provided a few examples of predictions that companies might like to see:

For now, the system works in less than 30 minutes to predict behavior for millions of users, but Doshi wants to improve it such that it will make predictions in real time.

The release could help Mixpanel gain more of an edge over its software analytics competitors, including Kissmetrics and cloud provider Amazon Web Services.

The new tool is free for new and existing customers.