With esports gaining major traction, it’s a good time to be a game hardware manufacturer. A large market of enthusiasts are following gaming competitions, who are all potential wannabe competitors themselves, that will need pro-level gaming equipment of their own.

Audio equipment manufacturer Polk has moved into this space with a line of gaming headsets. Among them is the Polk Striker P1 Pro (available now for $130), a multiplatform product that is looking to be my headphone solution not just for gaming, but all of my audio entertainment needs.

The problem with trying to be a jack-of-all-trades is that you can often become the master of none. Does the Polk Strikes P1 Pro have this problem? Let’s find out. 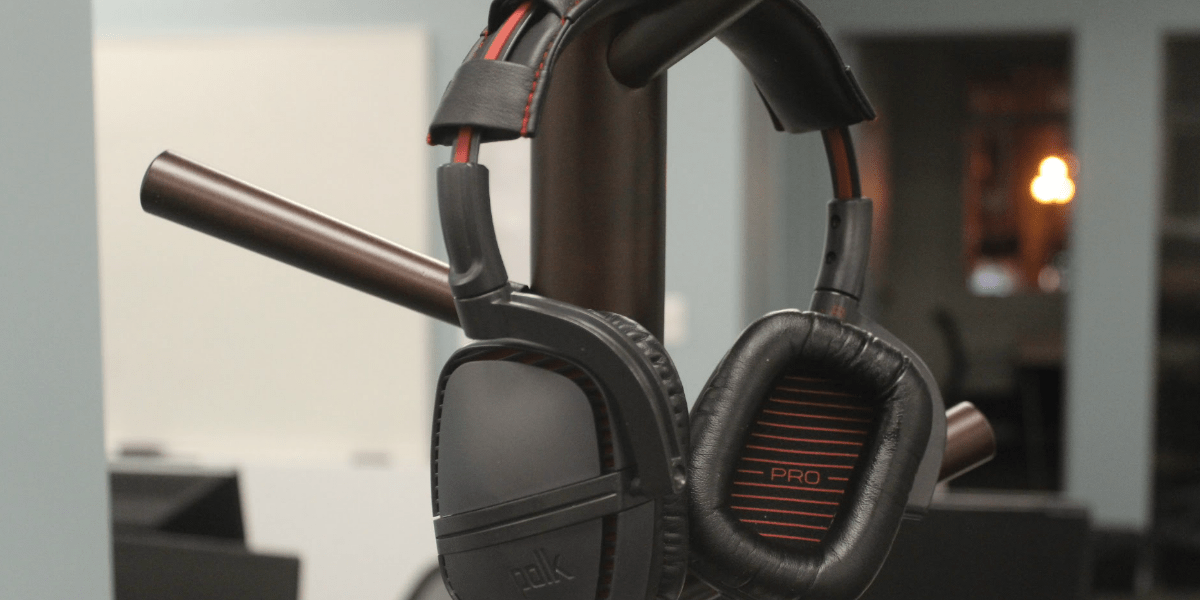 The Polk Striker P1 Pro feels like a solidly constructed product. The headband and ear cup are firm and durable in my hands, with an almost metal-like material and tight construction. Yet they are light enough that I’m not straining to keep my head up when in use (Polk is claiming the unit weighs in at 0.7 pounds). The band is wrapped in a leather-like material, and it’s comfortable as the Polk Striker P1 Pro hugs my head with a solid grip.

The cups are smaller and much more discreet than those found on a lot of gaming headsets, such as Logitech’s G-Series and Corsair’s RGB line. The cups aren’t bulging out of the sides like those products, which can make me look like I should be directing jets on a runway.

The material wrapping the ear cup is a black, leather-like material that a lot of headphone manufacturers seem to be into using. The material is comfortable to the touch and are really good at trapping sound, giving my ears their own private sound proof audio room, but it also doesn’t allow the space to breathe well. So my ears wind up sweating a lot earlier in the Polk Striker P1 Pro than in other headsets.

I’ve also had a couple of headsets that used a similar material, that wound up turning the unit into perfectly functional trash after about a year of use. The issue is that the material would eventually crack and start flaking off.

Am I claiming this will happen with the Polk Striker P1 Pro? No. Who knows what will happen to these after a year of steady use. But from my experience, I tend to be cautious purchasing headsets that use this material in their ear cups. 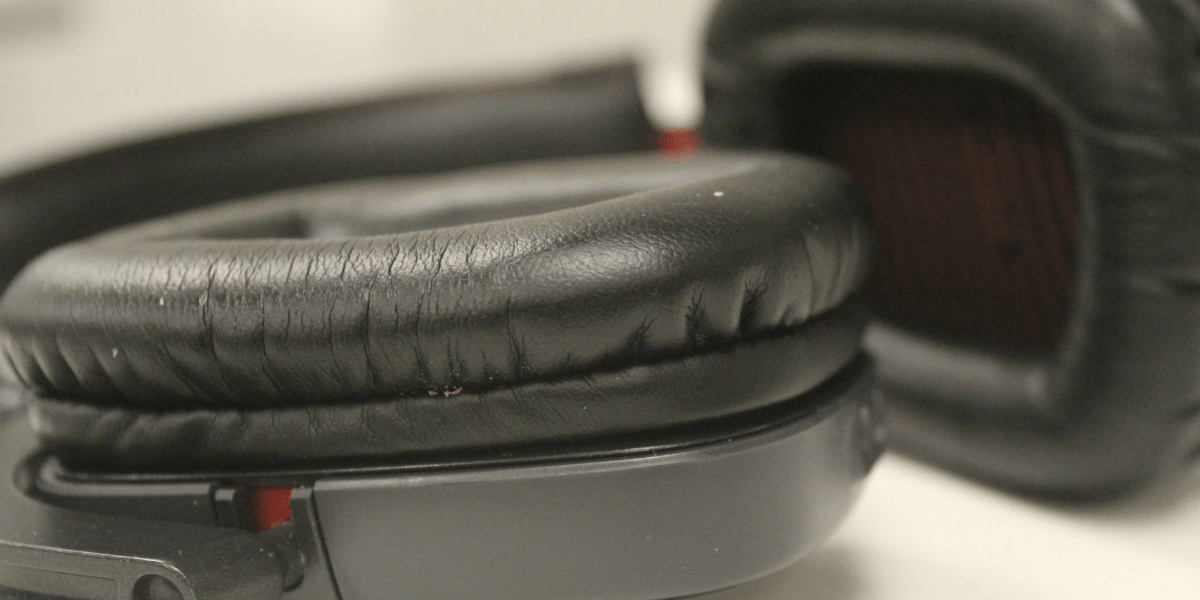 The air traffic-controller look of wearing big ear cups in public is something I’ve learned to deal with, but when a headset doubles down on the dork factor by adding a big microphone that can’t be hidden, I just cringe.

Luckily, the Polk Striker P1 Pro addresses this issue by making the microphone removable. The mic is a solid, hard plastic construction, without many options when it comes to physical adjustment. Still, at least I can remove it and slip it in my bag when I want the headset to just function as a pair of music headphones.

With this design aesthetic of trying to look like a regular pair of headphones, however, the unit is losing something crucial for a gaming headset: accessible controls.

For the PlayStation 4, Polk provides an audio and mic-level dongle that is located as an in-between unit of the audio wire hook up, which runs to the console controller.

PC and mobile devices are stuck having to control audio via the operating system or game option menus. For gaming headsets, I really need these controls to be easy to access. I especially like the current design trend from other manufacturers, of putting the controls on the left side ear cup. That way I don’t have to juggle the wire to find the dongle or start escaping out of the main game to adjust volume. Also, being on the left side, I don’t have to remove my hand from the mouse.

The mute button on the mix, which is located in the back of the boom, is the only control function on the unit itself. Even then, it’s located on the right side … the mouse hand side. 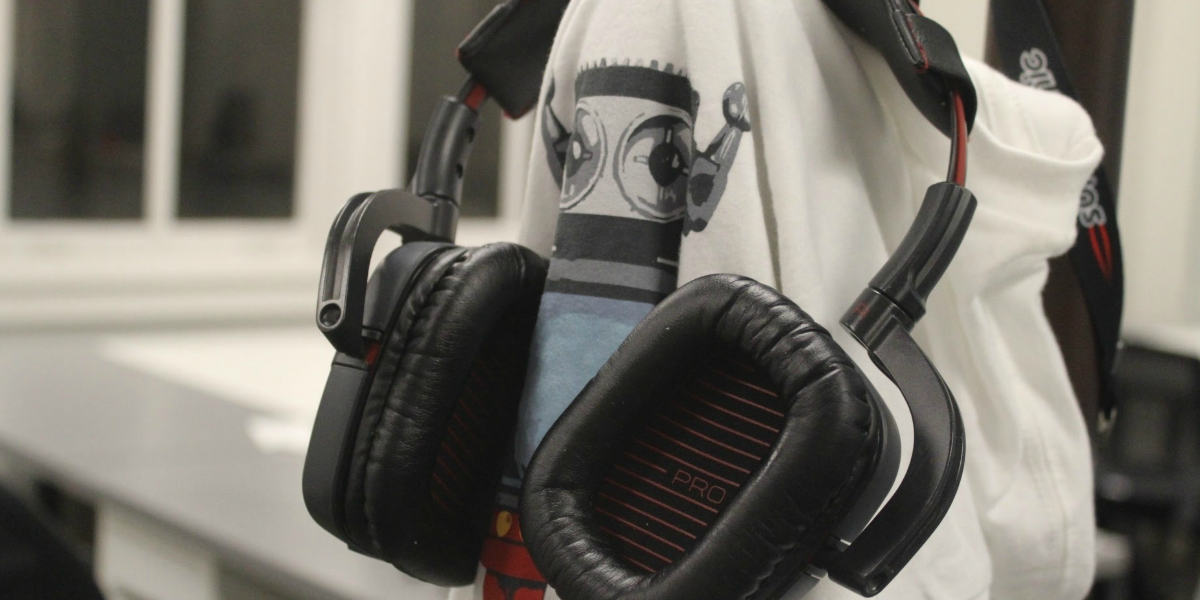 The low-end tests, especially the ones that really push the bass, wound up producing a lot of rattling, distortion, and popping, especially on the lower one-quarter of the low-end sweeps.

Although Polk is not claiming that the Polk Striker P1 Pro specifically supports any surround sound solutions, it’s claiming to be a $130 gaming headset. If these it wants people to take these cans seriously, they need to be able to handle dynamic placement audio effects of some nature.

Well, the Striker doesn’t. The 5.1 and 7.1 surround sound tests I tried out did not produce even mediocre results. I wasn’t expecting perfection here, but I was hoping for something a little bit better than what I was experiencing. Side-to-side sound effects were clear, but front-to-back seem to produce the same noise. Becoming indistinguishable.

This became even more obvious when I ran the ultimate gaming headset test, playing Alien: Isolation‘s Basement challenge. During my play test, I had a ridiculously difficult time pinpointing where the creature was on the map. The monster would be stomping around in the next room, yet sound like it was right next to me. Other times, I could hear the monster to my left or right, but couldn’t clock if it was in front of me or behind. If the beast was behind me, I couldn’t gauge how close it was.

If the alien dropped out of a ceiling vent, it became a panic situation trying to tell from which direction it had slumped down from. At times, I couldn’t even tell if it had dropped in the same three-foot section I was in or from across the hall. Eventually, I had to rely purely on visuals, which meant I was a dead duck. 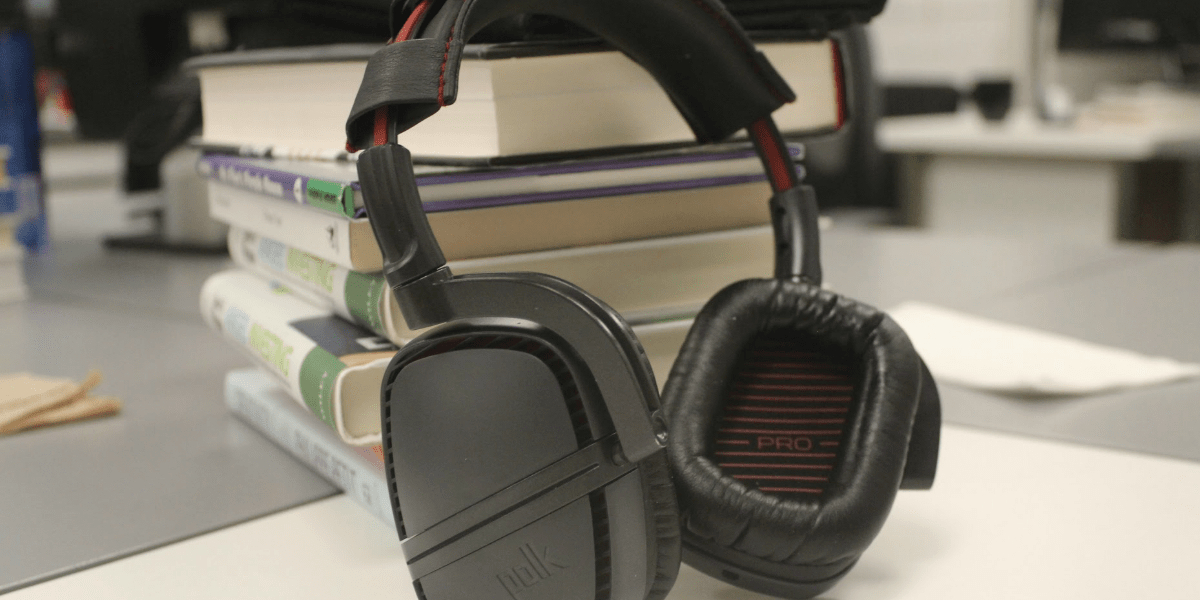 If Polk is serious about being a dominate force in gaming headsets, it needs to go back to the drawing board right now. What they have with the Polk Striker P1 Pro is a rough prototype of a possible gaming headset product, that’s using a quality multipurpose headphone design as a foundation.

Where I think Polk’s engineers may have gone wrong is that they’ve created a mid-range headset for an audiophile. Maybe these are great for the guy that wants to listen to their classic vinyl? But there are two things that guy doesn’t need, that a competitive game player does: accessible controls on the headset, and clear position audio support.

The Polk Striker P1 Pro doesn’t offer either of these things. Within the price range Polk is shooting for, I can easily point out a Logitech headset for $20 more that crush these in both categories.

Hopefully, Polk can take some notes here, and come back with something much more refined for a game player’s needs.