Nine months after arriving in the U.S., Google is taking its YouTube Kids app international with a launch in the UK and Ireland.

Available for Android and iOS, YouTube Kids serves up content deemed appropriate for children. It’s designed to give parents an easier time when deciding what their kids should watch, and aims to be free of potentially adult-orientated programming.

The app has been downloaded more than 10 million times in the U.S., and although it has been generally well received, there have been concerns in the past around the type of ads and videos the service throws up. A few months after launch, two consumer groups noted:

“Google is deceiving parents by marketing YouTube Kids as a safe place for children under five to explore when, in reality, the app is rife with videos that would not meet anyone’s definition of ‘family friendly.'”

Among the example videos they found were a Budweiser beer advertisement, a guide to red wine, and a demonstration of how to light a match and use it to set a pile of matches on fire.

When you (the parent) first launch the app, you are informed that while the app is designed to exclude content that’s not appropriate for kids, the company doesn’t actually manually review them. “It’s possible that your child may find something that you don’t want them to watch,” it says. 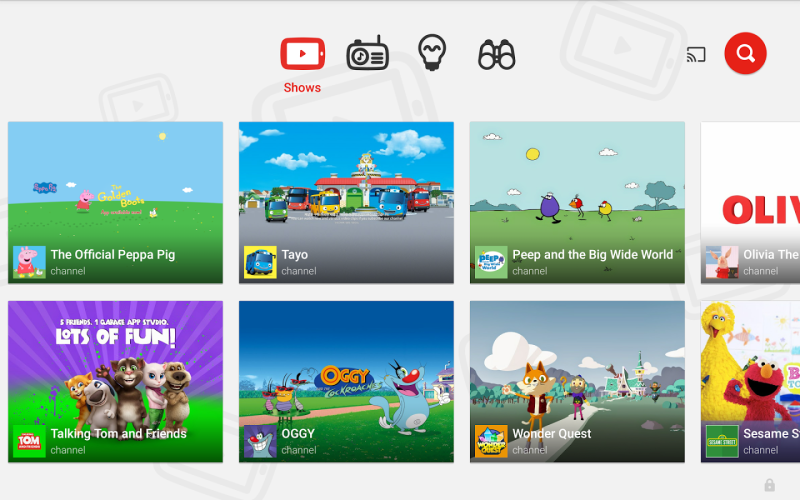 Parents can deactivate the search function in the app so all the kid can see is the videos that are on the home screen, which are recommended by YouTube. With the search function on, however, kids can search millions more supposedly kid-friendly videos, though this does increase the chances that they’ll find something that may not actually be suitable.

With the launch in the UK and Ireland, YouTube Kids is offering more localized content, such as the perennially wacky In the Night Garden. And as a kid watches videos, the app will begin recommending other videos related to viewing preferences. Based on our brief tests, there is plenty of content on YouTube Kids that isn’t specifically aimed at kids, including cooking demonstrations, how-to guides for lighting fireplaces, and tech product reviews, but we didn’t find anything that would be particularly offensive to children. And the mildly questionable stuff would likely be things that a kid would never even consider searching for.

The app offers a timer mode that lets parents stipulate when videos will stop playing, and parents can also set passcodes to prevent kids accessing the settings area of the app. YouTube Kids also supports Chromecast and Apple TV.