More than a week after Google first revealed it was introducing downloads to Android users, Google Maps’ offline mode is now open to users in India.

Google has offered an offline mode of sorts since 2011, but it was restricted insofar as you could only capture a small area to view offline, and it didn’t include navigation.

Google announced last week that it would begin letting users download entire cities and countries, while also retaining useful turn-by-turn navigation and other useful information, such as businesses’ hours of operation. The feature is still not available in many countries, though the global rollout is ongoing.

The India launch is particularly notable, partly because India represents a major growth market for all tech companies, including Google and Facebook, but also because Internet access can still be spotty across the country. With offline mode, anyone can download a particular region with Wi-Fi and then continue to access it even if they lose their connection. 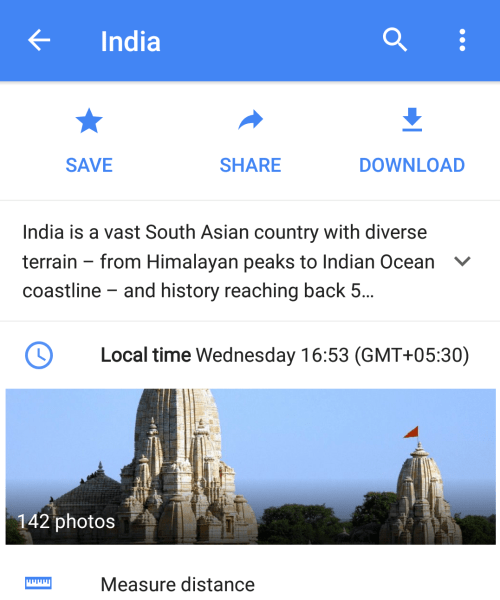 The new offline feature is only open to Android users for now, though the iOS incarnation will be landing “soon,” according to Google.