Microsoft is livestreaming its big developer event — with the very nerdy name Connect(); 2015 — today and tomorrow. If you’re not in New York City on November 18 or November 19, don’t worry, you can watch it right here.

Mitra Azizirad, Microsoft’s general manager of developer platform and sales, promised VentureBeat that the event would cement the company’s “One Microsoft” vision. Last year, Microsoft released a free version of Visual Studio, plus started to open-source .NET and take it cross-platform. 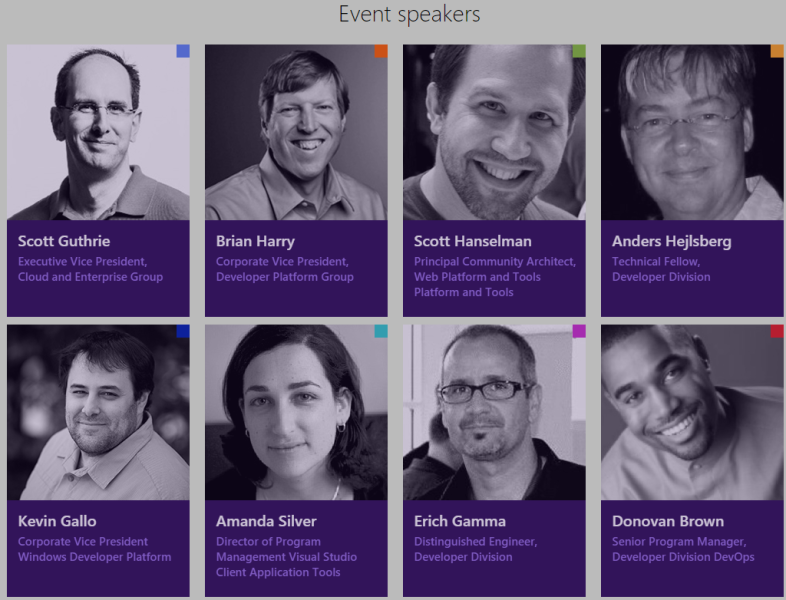 It all begins at 7:00 a.m. Pacific and 10:00 a.m. Eastern with a keynote from Scott Guthrie, executive vice president of Microsoft’s cloud and enterprise division:

Microsoft’s official description of the event is as follows: “Connect() is a yearly, Microsoft-hosted developer event that is broadcast live from New York City to developers worldwide. This year’s event is on November 18 & 19 and features keynotes from Microsoft executives Scott Guthrie, Brian Harry, and Scott Hanselman plus interactive Q&A sessions with the engineering teams behind Microsoft’s developer tools and technologies. The free live stream is complemented by over 60 on-demand sessions which provide deeper insights into the announcements. A year ago, we introduced a new Microsoft for developers – unveiling the future of an open source .NET on Linux and Mac, and a free Visual Studio for targeting any device and any OS. Now, it’s time for the next phase of this exciting journey.”

Translation: If you’re a developer, you’ll want to at least see what Microsoft has up its sleeve. Steve Ballmer may not be there to rile you up, but the company is more committed than ever to getting your attention.