Bandai Namco’s series Tales has been one of the most consistent commercial and critical Japanese role-playing game series since 1995, but that might change soon.

With other franchises being absent recently — Final Fantasy, Dragon Quest, and Persona — Tales has stepped in and satiated plenty of fans. It has benefited greatly from being one of the few go-to sources for people wanting their JPRG fix on consoles. The more recent Tales games, especially this year’s Tales of Zestiria, lack innovation and fail to differentiate themselves from earlier entries. I called Zestiria one JRPG trope after another. But Bandai Namco has been able to get away with this because of the lack of competition.

You’d be hard-pressed to find notable JRPGs for the PlayStation 4 or Xbox One. You’ve got Xenoblade Chronicles X coming December 4 for Wii U, and other other recent releases this fall for consoles include the likes of the tactical-RPG Disgaea 5 and Sword Art Online (another Bandai Namco jam). And what will happen when Tales’ competition will inevitably start delivering more polished and exciting games? Final Fantasy XV and Persona 5 are around the corner, and with that Tales might get left behind — especially if it doesn’t put up a better effort than Zestiria.

Historically, Tales has enjoyed decent success. The series’ first entry, Tales of Phantasia (initially released for the Super Famicom in 1995), introduced a few new mechanics to JRPGs, the most notable being the battle system. It wasn’t like anything you’d see in a JRPG during that time. Called the Linear Motion Battle System, it puts an emphasis on real-time, fast-paced, button-mashing combat. Fights in Phantasia take place on two-dimensional terrains that stretch wider than a single screen width; meaning, you can freely move to the left and right. Unlike in most turned-based systems, you only control one character and pulling off combos is vital. 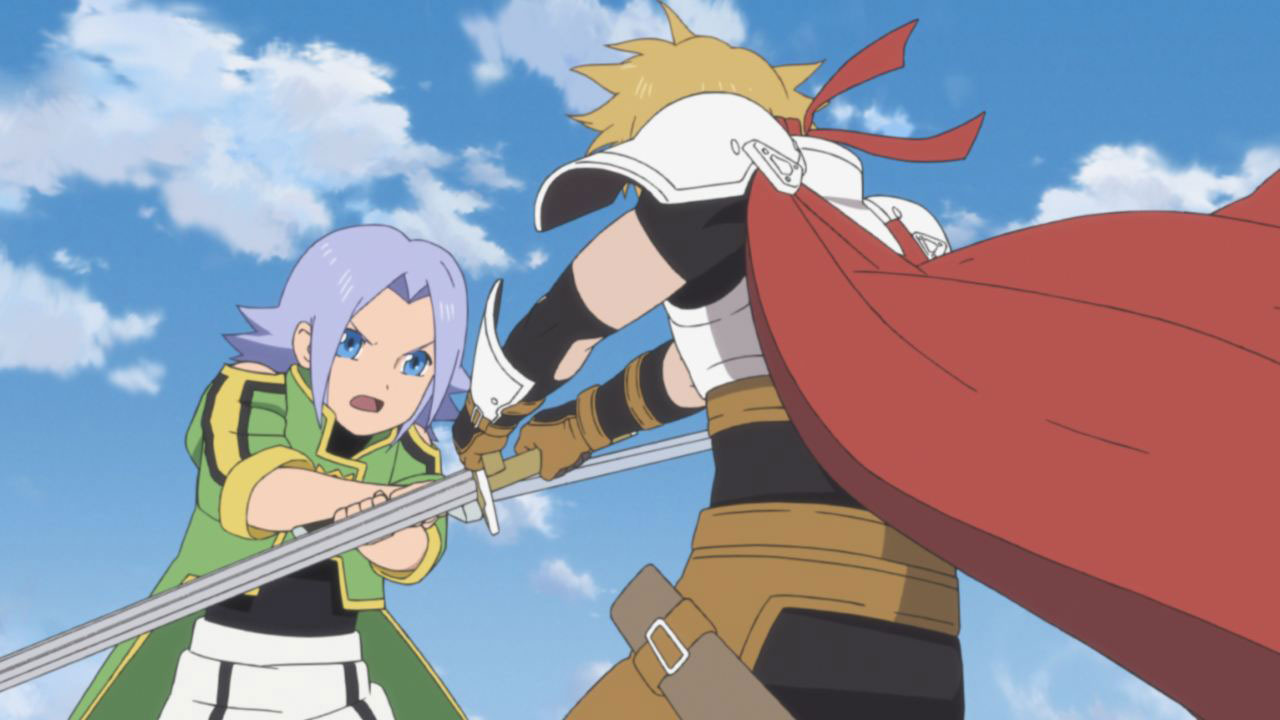 Above: Tales of Phantasia

The gameplay was fresh, and it still remains the best aspect of recent Tales games. Phantasia went on to sell only a little over 200,000 copies in its debut month, with series producer Makoto Yoshidzumi contributing this to Square Enix releasing Dragon Quest VI during the same time. But Phantasia’s 1998 PlayStation port did sell over 700,000 copies in Japan. Its sequels only added incremental changes to the battle system, fleshing out the biggest draw of these games; and as technology improved, later entries obviously look prettier than Phantasia.

1997’s Tales of Destiny sold over 450,000 copies in Japan by the end of that year, and over a million copies worldwide as of today. 2013’s Tales of Xillia sold over a million copies worldwide as well, and it’s the first Tales game to do so for quite some time — since 2003’s Tales of Symphonia. It was one of the top-selling games on North America’s PlayStation Network in August 2013. Xillia’s battle system is finely tuned, and the futuristic setting and aesthetic is a good departure from Tales’ high-fantasy roots. But these changes aren’t that dramatic. Xillia is still a Tales game that refined some mechanics.

The competition is back

However, four years later, Tales of Zestiria doesn’t look or play that much differently from Xillia. That’s a long gap between the two, and the failure to install enough changes in these games will catch up to Bandai Namco. The last main numbered Final Fantasy entry was 2010’s Final Fantasy XIII. People are patiently waiting for Final Fantasy XV, and from its lengthy demo and numerous trailers, looks like it’s going in a different direction from XIII and most other FF games. It actually looks like a PlayStation 4 game, something I can’t say for Zestiria. 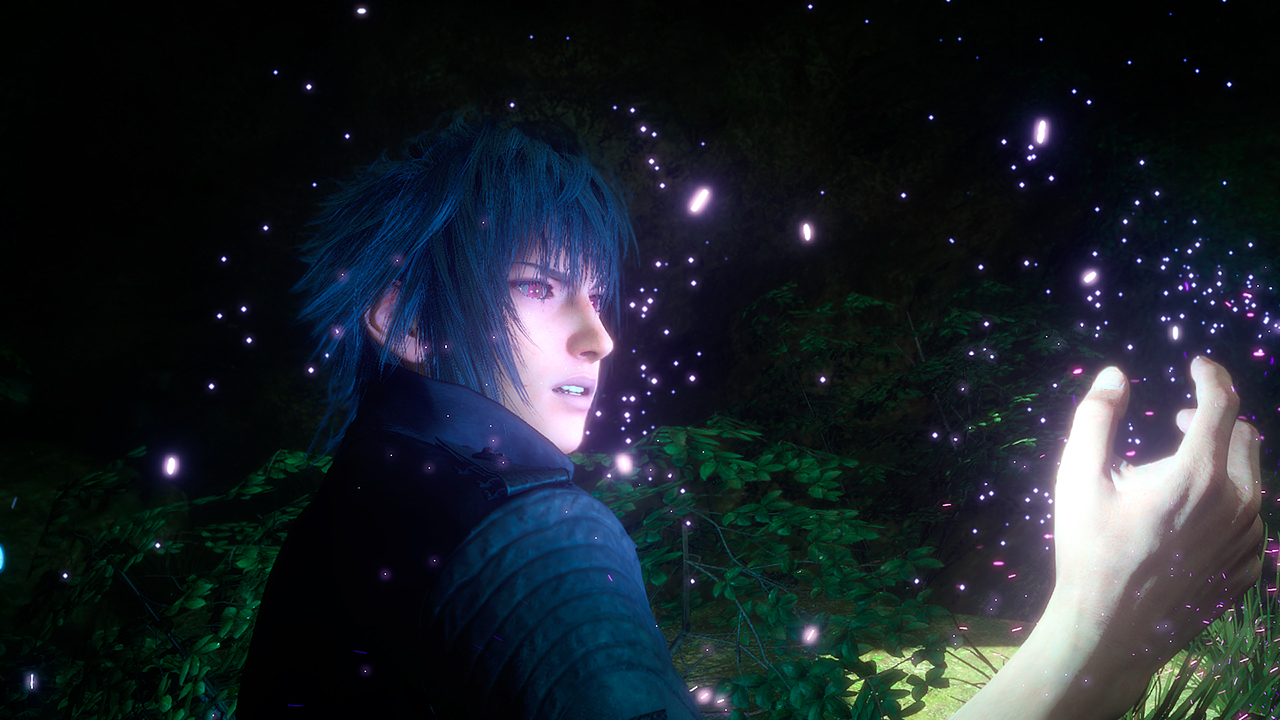 Persona 5 is also coming in 2016. This’ll be the first new entry in the series since 2008’s Persona 4, and the anticipation is building. Though we haven’t seen much of the game aside from some trailers, the series’ lengthy absence will only generate more demand from fans and people looking for a JRPG to play on their PlayStation 4s. Plus, Persona 4 Golden’s success on the PlayStation Vita brought in a wealth of new fans.

Both Final Fantasy XV and Persona 5 will cannibalize a lot of Tales’ audience. The competition is coming back in a dramatic way, and this’ll force Bandai Namco to produce Tales games that can match the quality of Square Enix’s and Atlus’ efforts. Imagine if Zestiria released next year around Persona 5 and FFXV (assuming the latter is coming in 2016) — it’d have suffered both commercially and critically, more so than it already has. Persona 5 and FFXV will just make Zestiria and other Tales game look comparatively outdated and banal.

I understand that tampering with Tales’ sound foundation is a risk for Bandai Namco, as the company has reaped the benefits from consistently releasing these games for two decades with only a few additions and departures. Plus, it’s a challenge to avoid alienating hardcore fans when you try to shakeup the foundation.

But the truth is Tales might be in danger of declining into obscurity if these changes aren’t made. Bandai Namco has to pour a bigger budget into future entries and make them look a lot more technically impressive; toss out cliche stories replete with caricature characters and create more interesting dungeons.

The battle system and the series’ fans are still there. It’s up to Bandai Namco to not lose them and let its franchise fade away.