We need a hero … several, actually. Villains, too.

Star Wars: Battlefront is good fun, and some of its best moments happen when you get to play as a major character from the original trilogy, like Luke or Vader. However, it only has six (three heroes and three villains). We know EA’s going to add more, so (just like we did with planets) we thought we’d offer some suggestions.

Now, this was a little trickier than you might think. We’re trying to stay relatively true to Battlefront’s original trilogy setting, so we can’t just throw Darth Maul in there. Also, we can’t include a character like Yoda, who spends the trilogy in exile. Working withing those restrictions, here are the heroes and villains we want to see in Battlefront.

Also, sorry, but Porkins isn’t actually on the list. 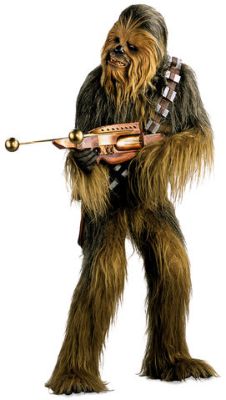 This one is kind of obvious, right? It’s kind of startling to think that we actually have an original trilogy Star Wars game right now without Chewbacca in it. He’s not just Han Solo’s sidekick, he’s the sidekick. Like, he’s up there with Robin. Hell, how can you even have Han without Chewie? It just doesn’t seem right.

He can use his famous bowcaster to deal serious damage, but why not give him another ability that brings the famous arm-ripping bluff to life? OK, maybe that would be a little too violent. Maybe he could just flex and scare people or something. Give him a strong tackle or swipe attack, and he could be a cool melee/ranged hybrid character. 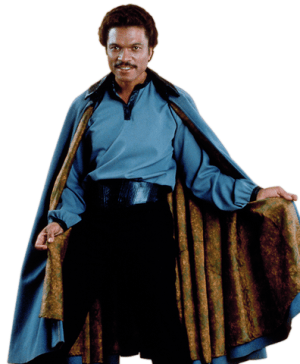 This is another obvious choice, as Lando is an important figure in the Rebellion. He’s also the coolest, smoothest dude in the galaxy. The trick comes in making him feel like a unique hero and not just a Han Solo clone with a cool cape.

Since Han depends on his blaster, maybe Lando could have some grenade-based abilities. Or maybe he can stun enemies with his dazzling smile. Ooo, how about an ability where you betray your teammates but later redeem yourself? That one could require like two buttons. 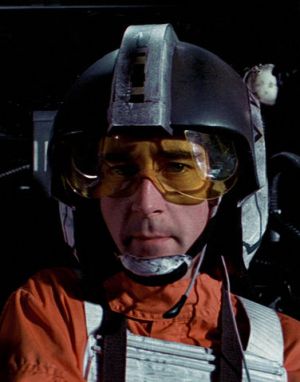 Hell, maybe you can make him only available in modes that have ship battles. That way, he could fly his personal, souped up X-wing. Maybe he could even summon A.I.-controlled ships representing the rest of Rogue Squadron. 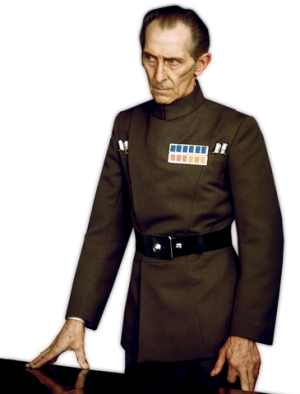 Tarkin is the jerk who actually ordered Darth Vader around in A New Hope. He also gave the order to destroy poor Alderaan. So, yeah, this guy is pretty ruthless. Of course, we haven’t really seen him fight before, but it’s not much a stress to imagine him using Imperial tools and weapons to help him in a battle.

He could even summon one of those interrogation droids we saw on the Death Star to follow him around and attack nearby Rebels. Of course, there’s the whole thing with him being dead after A New Hope, but we can play with the rules a little bit here. 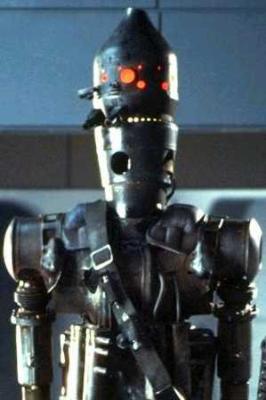 OK, we’re getting a bit more obscure here, but the original trilogy doesn’t really have a lot notable villains that make sense for Battlefront. I mean, can you imagine how goofy it would look if Jabba the Hutt was slowly slithering around a warzone? Besides, he’s not even technically with the Empire. Of course, neither is Boba Fett, but as bounty hunter, it makes sense to see him on the bad guy side.

Well, why not add the second coolest bounty hunter to the game. IG-88 only appeared briefly in The Empire Strikes Back, but he left an impression thanks to his cool design. Besides, he’s a freaking robot bounty hunter. This guy was the droid badass long before anyone ever thought of HK-47. 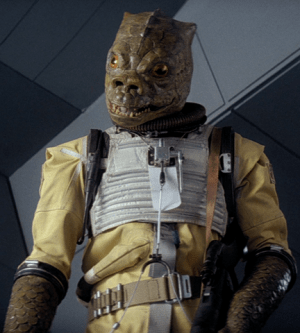 Yeah, I know. Another bounty hunter. Look, I already told you that the original trilogy doesn’t give us a lot Imperial-friendly villains to work with. Unlike the prequels, a new asshole with a red lightsaber doesn’t show up every movie. So, if we’re back to that one scene in The Empire Strikes Back where Vader is telling all of those bounty hunters to go get the Millennium Falcon.

Still, Bossk stands out because of his unique, reptilian-based appearance. Hey, maybe we can take a page from Mortal Kombat and give him some cloaking capabilities.