Console games remain the industry leaders in TV ad engagement as Activision, Electronic Arts, Bethesda Softworks and Nintendo all push new releases from some of their biggest franchises.

Activision leads the pack, generating over 36 percent of the online response—the digital share of voice (SOV)—of the entire game industry’s TV ads from October 16 to November 15. Promoting its new Call of Duty and Guitar Hero games, Activision edged out the competition not only in terms of engagement but in ad spending.

GamesBeat has partnered with iSpot.tv, which measures TV advertising in real time, to bring you a monthly report on how gaming brands are spending and which are generating the most digital response. Digital share of voice (SOV) includes online responses explicitly linked to airing of TV ads across Facebook, Twitter, YouTube, the major search portals and on iSpot.tv. 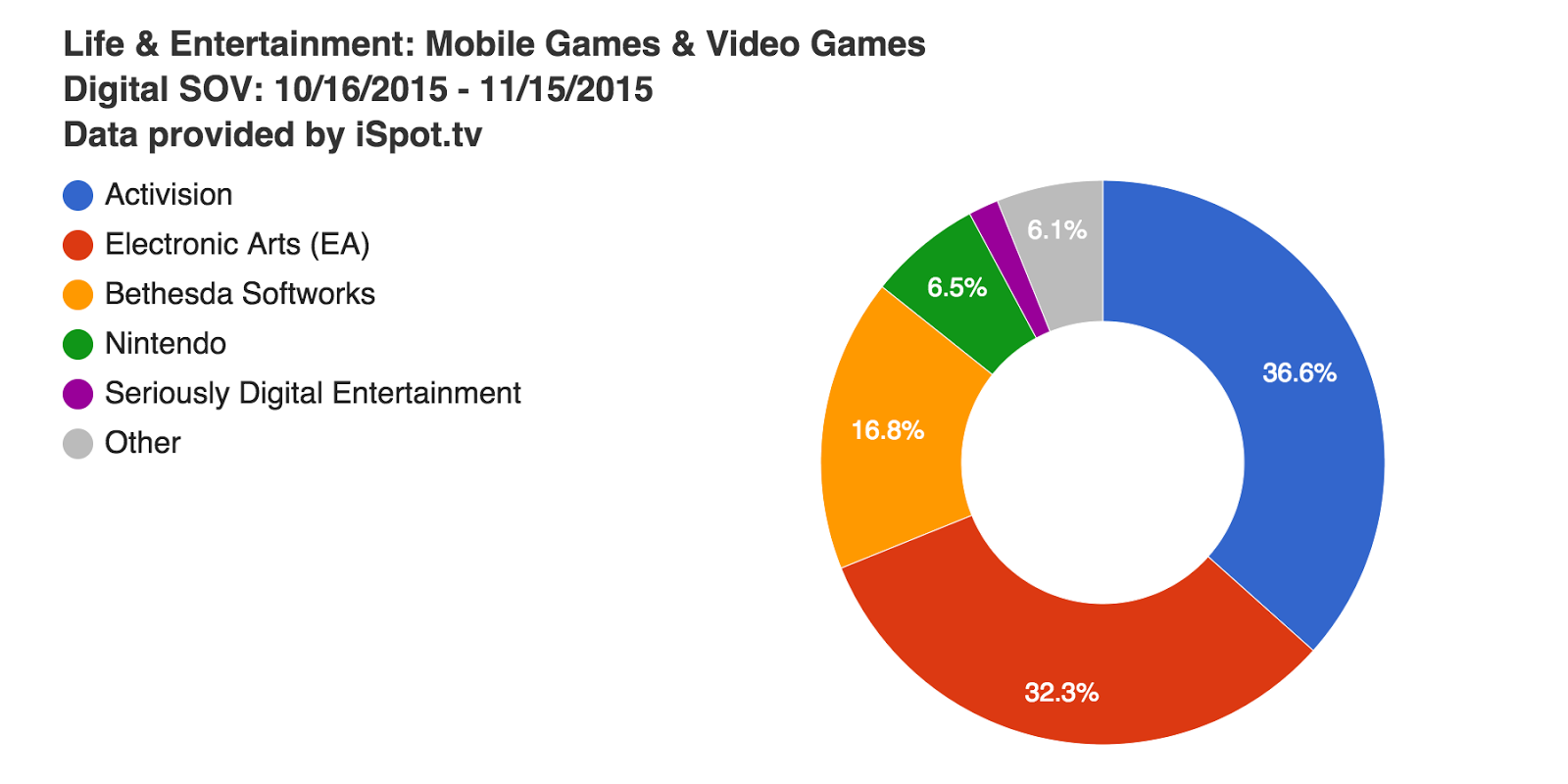 Electronic Arts dedicated its budget to three different spots for the new Star Wars: Battlefront game, which it will release on Nov. 17. While accounting for less than 10 percent of the industry’s spend from October 16 to November 15, EA was able to generate nearly one-third of the industry’s total digital response.

Bethesda Softworks takes third place in our ranking with TV commercials supporting the new release from its biggest franchise, Fallout. Through two ads—a standard trailer and a co-branded spot with Fox Sports—Bethesda Softworks was able to drum up nearly 17 percent of the industry’s total digital response.

Nintendo returns to the Top 5 with a fourth-place finish, generating nearly 7 percent of the entire industry’s digital response. Advertising a slew of games across its various consoles, Nintendo ran 14 spots a total of over 2,200 times from October 16 to November 15, with the main focus on a new offshoot of the classic The Legend of Zelda franchise.