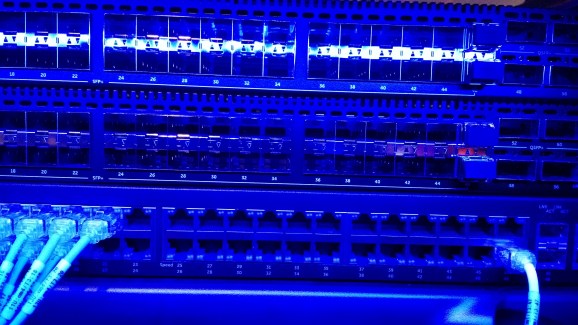 Facebook is now testing out a new super-fast Ethernet switch to move data around its server farms, an executive announced today.

Other networking hardware vendors, like Cisco, Arista, and Mellanox, already offer 100 Gigabit Ethernet switches. But Facebook loves to share its hardware designs with the broader community through its Open Compute Project, and so switches with the same specifications that meet the needs of Facebook will presumably become available for other companies to build on top of.

Facebook has already built and shared designs for a top-of-rack switch that goes by the name of Wedge, as well as the 6-pack modular switch.

Facebook has also built its own servers and storage hardware. This is the company’s latest big hardware project inspired by its own needs.

And if you think about Facebook’s needs, they are speed and bandwidth. The company now has more than 1.55 billion monthly active users. And users are wanting to post videos, which take up plenty of speed and need to be delivered quickly. So hardware like the Wedge 100 actually makes a whole lot of sense.

Parikh said there are a few options available once Facebook exhausts 100 Gigabit Ethernet. “We want the industry to move faster,” he said.