Overwatch wouldn’t be a Blizzard game if it didn’t have a deep story.

The team-based multiplayer shooter (coming to PlayStation 4, Xbox One, and PC next spring) is developer Blizzard Entertainment’s first new game universe in almost 20 years. It has a cast of 21 playable heroes and villains, each with their own personality and history. But unlike Diablo or StarCraft, Overwatch doesn’t have a robust single-player mode that tells one main story. It’s mostly about players working together to defeat the opposing team (check out our impressions from the closed beta here).

With Overwatch, Blizzard is trying something new: The majority of the storytelling will take place outside of the game. The company is using a variety of different mediums to do this, including comics, videos, and even Twitter.

It’s an odd choice for a world populated by such colorful and beloved characters — attendees from this year’s BlizzCon fan convention crafted amazing Overwatch costumes despite the fact that the game is still months away from release. But if last year’s stunning CG trailer (below) tells us anything, it’s that Blizzard might have something special here.

The short film sets the tone for what Blizzard wants to accomplish with Overwatch. The vibrant style and triumphant theme song separates it from the grim military shooters that dominate the genre. It shows, in the words of creative director Chris Metzen, a “future worth fighting for.”

However, unless you’ve been keeping up with Blizzard’s social media channels, piecing together Overwatch’s glossy depiction of the future is a little tricky. Using information from BlizzCon panels, videos from Blizzard, and fake news articles from the official website, I put together a brief timeline of the events that led to the conflicts in the game.

Overwatch takes place 60 years in the future, a few decades after a devastating event called the Omnic Crisis. Omnics (Overwatch’s term for robots) went crazy and rebelled against their human creators, igniting a global war. Each country dealt with the robots differently. The United States started an enhanced soldier program, giving subjects incredible strength and speed. Germany developed Crusader armor — as seen with the playable character Reinhardt — so its soldiers would have a fighting chance against the robots.

Korea built MEKA (Mobile Exoskeletal Korean Arms) to specifically kill a giant robot that came from a Omnic factory underneath the East China Sea. MEKA originally consisted of drones that protected the cities, but after the giant robot turned those against them, the Koreans switched to using small, agile mechs with human pilots (like D.Va and her pink mech suit).

Russia, the first country the Omnics invaded, had a similar strategy. It used good robots (towering mechs that also had pilots) to destroy the evil ones. The Russians are proud of the fact that they were able to defend themselves without any outside help.

Eventually, the countries in the United Nations combined their resources to create Overwatch, an elite strike force. Led by Los Angeles native Gabriel Reyes, who was the greatest supersoldier at the time, Overwatch saved the world by shutting down the Omnics for good. Their success ushered in a golden era of peace as Overwatch expanded its operations. 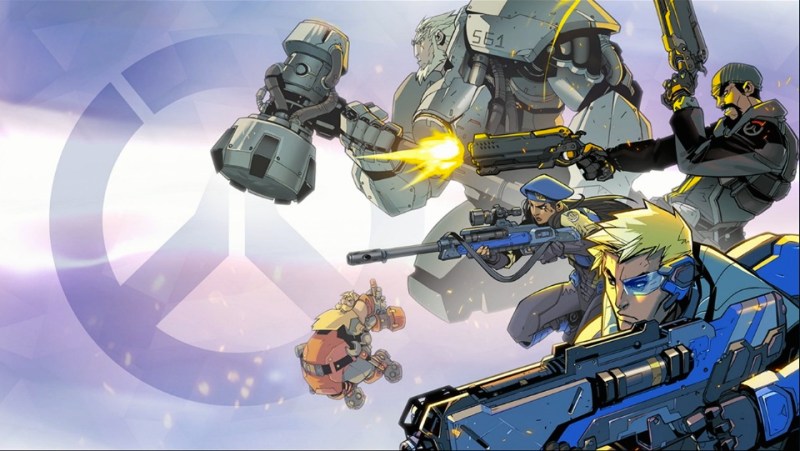 Above: The first Overwatch strike team.

The organization embodied the ideals of heroism and sacrifice. It recruited more and more agents (a number that ballooned into the hundreds) and established different bases around the world. Overwatch advanced the fields of science and technology with its groundbreaking research teams.

It inspired an entire generation of people, telling them that they could be heroes too.

But its noble mission didn’t last long. Twenty years after the end of the Omnic Crisis, the U.N. disbanded Overwatch amid allegations of corruption and human rights violations. Reyes and Jack Morrison, another enhanced soldier who became the poster boy for Overwatch, allegedly died in a mysterious explosion in Switzerland. The remaining Overwatch members scattered. They either retired, became mercenaries, or found other jobs that made use of their skills.

After the organization crumbled, a new crop of bad guys emerged, along with the new heroes who try to stop them. This generation of crime-fighters grew up admiring Overwatch and want to keep its traditions alive.

Meanwhile, a few of the old heroes turned into villains. Reyes and Morrison actually survived the blast, but the incident changed them. Reyes is now known as Reaper, a deadly supernatural terrorist with a skull mask. Morrison is a bitter old man, exacting his vengeance around the world as the vigilante Soldier: 76. 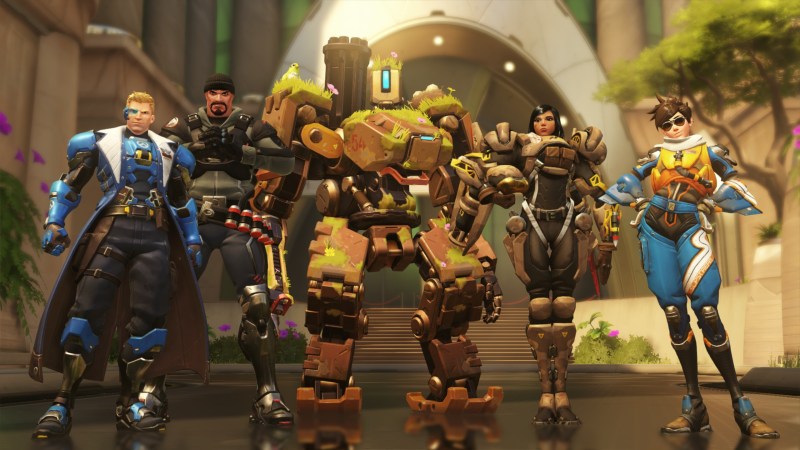 Above: The Origins Edition comes with five skins that depict a younger version of the heroes. From left to right: Morrison/Soldier: 76, Reyes/Reaper, Bastion, Pharah, and Tracer.

Letting stories ‘breathe’ outside of the game

According to Metzen, Overwatch is, at its core, about how people work together and the relationships they forge with each other as they try to act like a functioning team. For its transmedia approach, Blizzard is creating stories that reflect those values. Some of them are just small teasers, like the fake news reports that follow the exploits of Soldier-76; diary entries from Mei, a climatologist who wields a powerful ice gun; and two songs from Lúcio’s album you can actually listen to (the character is a popular Brazilian music artist).

But Blizzard is looking at comic books as one of the “primary ways” of telling Overwatch’s stories. It’s going to self-publish an original graphic novel about how the first Overwatch team came together and defeated the Omnics. The developers will also release free comics online, similar to what they’ve been doing with World of Warcraft.

At an Overwatch panel from BlizzCon, they said they have “a ton of stories” to tell about the 21 characters, so these short-form comics are perfect for filling in some of the gaps in the lore.