HP today unveiled the Elite x2 1012, a new two-in-one tablet that looks a lot like the recently announced $799 Spectre x2 tablet but is designed for people working at big companies. It’s HP’s clearest answer yet to Microsoft’s Surface line, which now has more than 5,000 resellers.

The base model of the new HP tablet has an Intel Core m3 vPro chip, 4GB of RAM, a 128GB disk drive, and an $899 price tag. It comes with HP’s Active Pen stylus with Wacom technology and the company’s Travel Keyboard, unlike, say, Apple’s iPad Pro or Microsoft’s Surface Pro 4. A souped-up model can cost as much as $1,799, with features like an Intel Core m7 chip, a 512GB solid-state drive, 8GB of RAM, a fingerprint reader, LTE broadband, and a heavy-duty keyboard that packs a card reader. Either way, the thing is running Windows 10.

With a 12-inch screen and weighing just 2.72 pounds including the travel keyboard, the tablet is easily portable, and with its aluminum casing, it looks sleek. 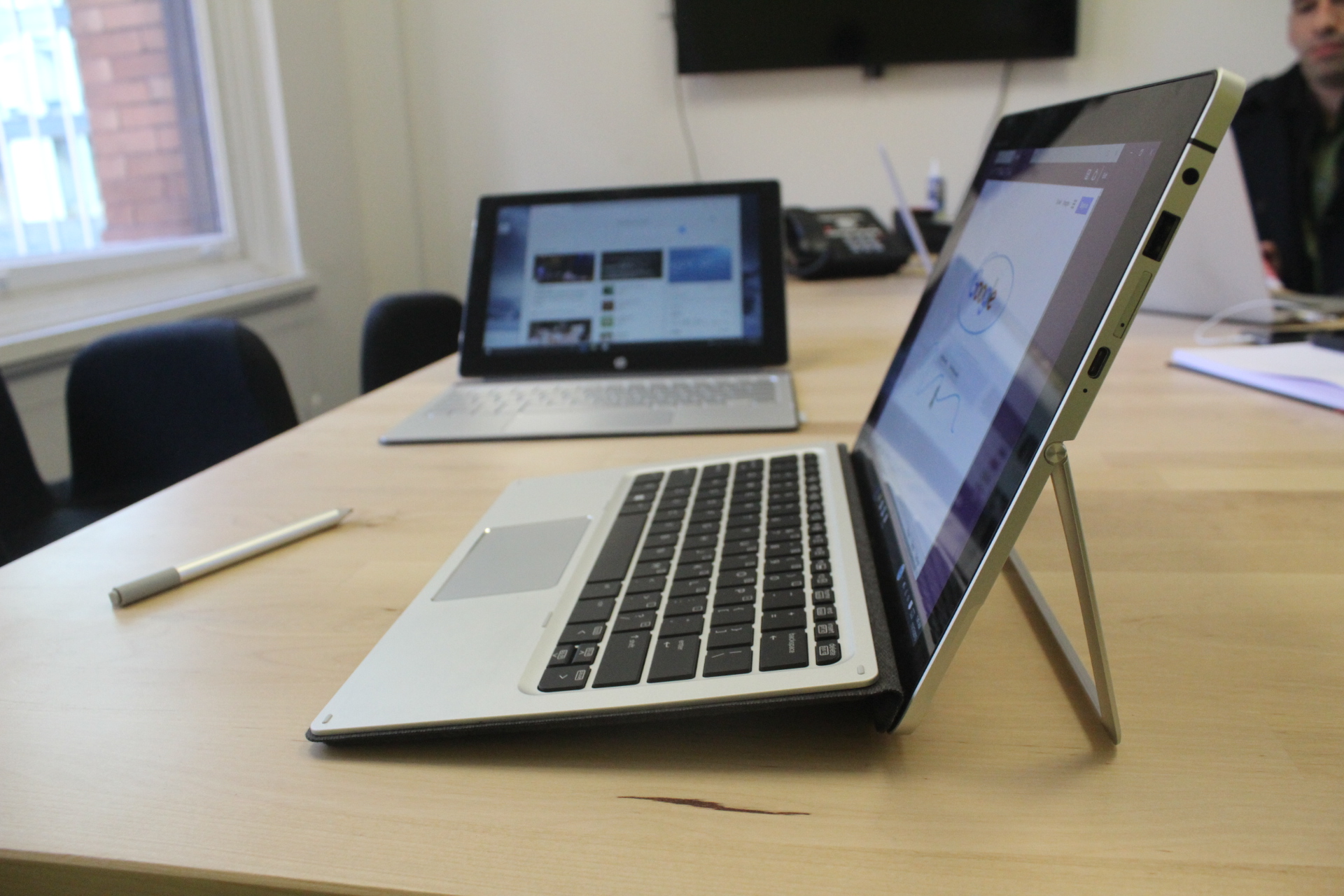 The tablet comes with an old-school USB Type-A jack as well as a hip USB Type-C jack with Thunderbolt support.

Enterprise IT admins will be happy to see that the device contains HP’s BIOSphere firmware with SureStart technology, which means devices can be configured to disable certain USB ports and revert to earlier BIOS if malware corrupts it.

And the device is easy to fix — IT can just remove the screws from the back and replace components like the hard drive or the battery. So it will cost $50 to take care of an issue with this tablet, rather than buying a whole new one, which could cost $1000 or more, Keith Hartsfield, vice president of mobility products at HP, told VentureBeat in an interview. 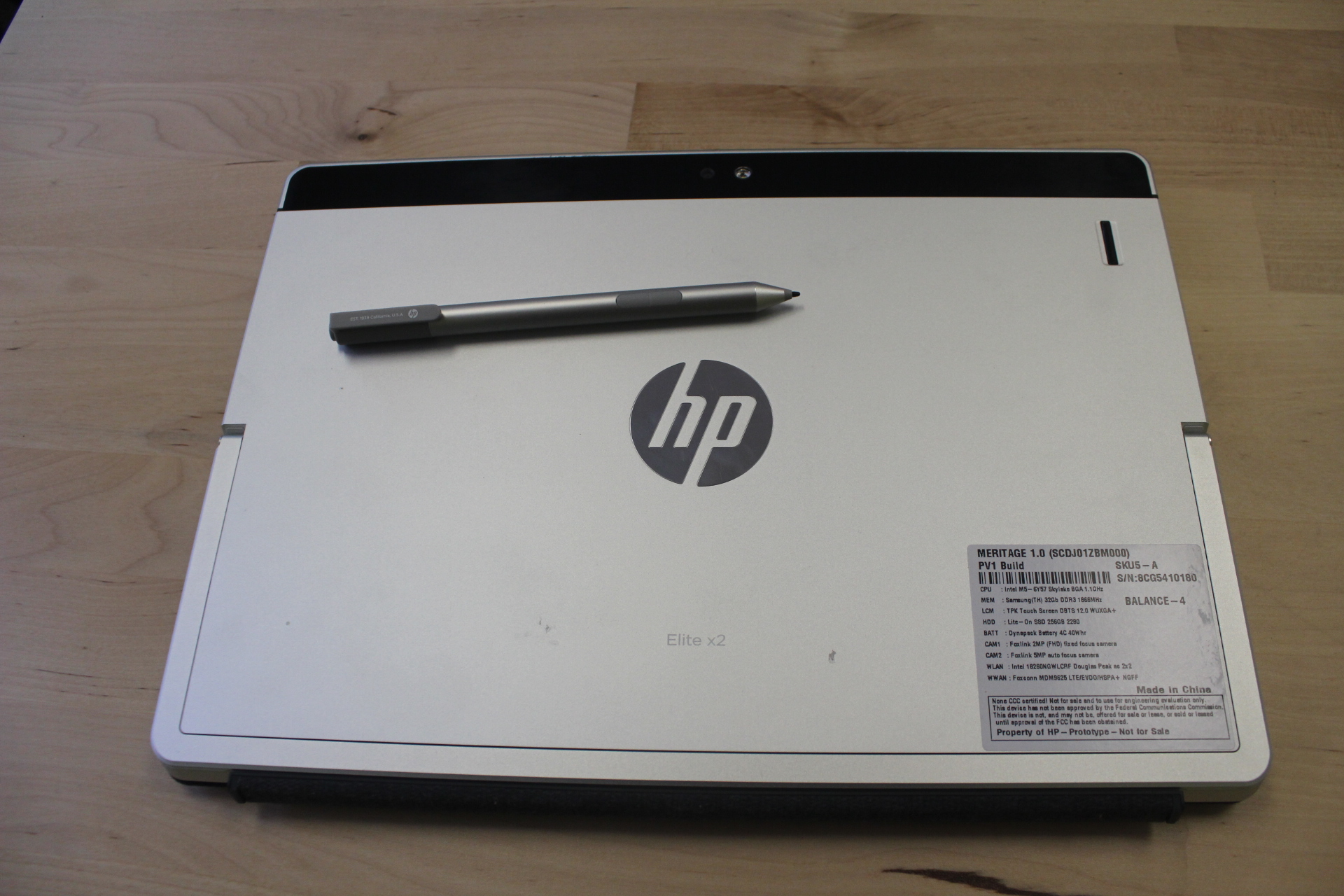 While we did get to spend a little bit of time with the device earlier this week, we’ll reserve final judgment until we receive a review unit.

The devices are available for pre-order starting on November 23, and they’ll start shipping to people in the U.S. in early January, according to a statement.