SANTA CLARA, California — As cloud computing becomes pervasive, Intel is getting a big benefit. The world’s biggest chip maker said today that it expects its data center revenue to grow 15 percent a year from 2015 to 2019.

Intel’s forecasts are a bellwether for the tech industry, and its projections for data center growth reflect the overall growth of the Internet and cloud infrastructure throughout most of today’s tech businesses.

Diane Bryant, head of the data center group at Intel, said at the company’s Intel investor day in Santa Clara, California, that the fundamental drivers of the data center business are strong, adoption of cloud computing is growing and transforming all segments, and non-processor products are contributing meaningful growth.

A big part of the growth is the “Super 7,” or the dominant Internet companies: Alibaba, Amazon, Baidu, Google, Facebook, Microsoft, and Tencent. Those companies account for 30 percent of the compound annual growth rate in Intel’s data center revenue. And all of the Super 7 will grow average selling prices in their purchases from Intel by 10 percent, or two times the rate of growth in the rest of the market.

Five of seven use their own custom CPUs (central processing units) from Intel. 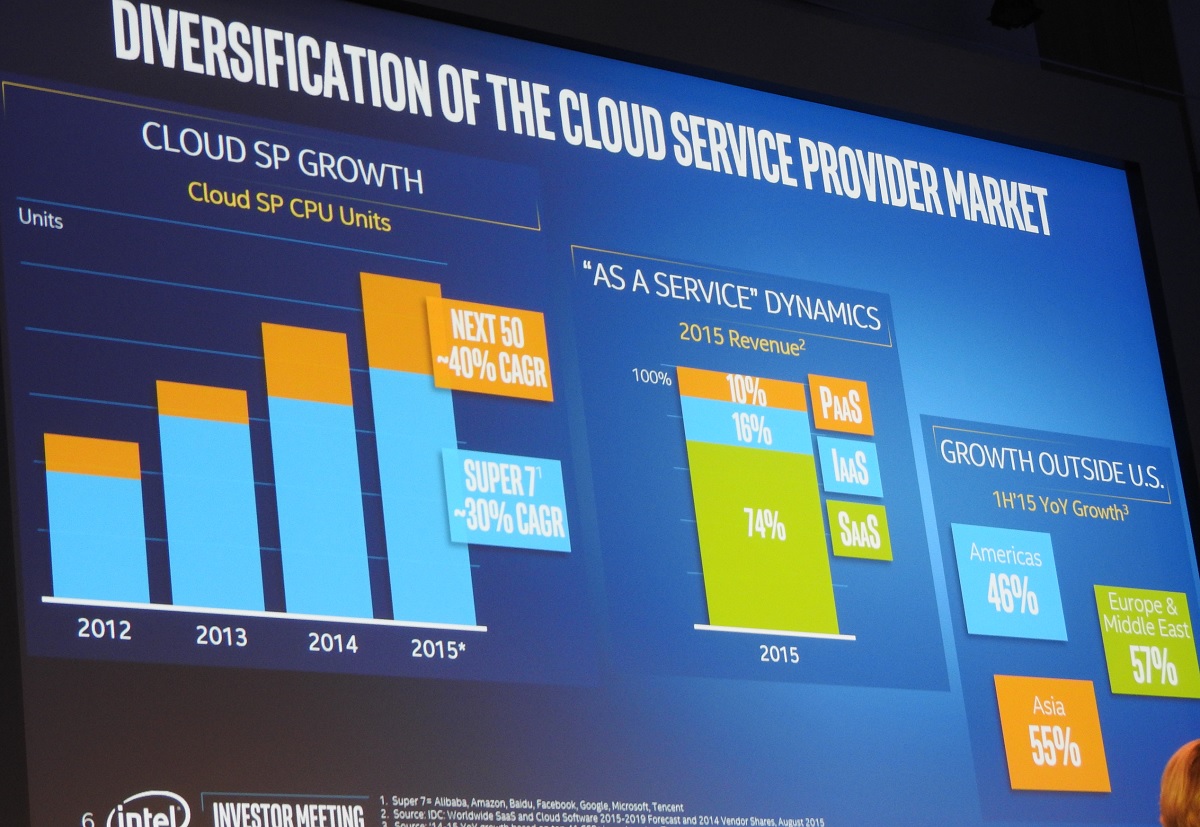 Above: The Super 7 are driving demand for Intel server chips.

But the market is diversifying beyond the Super 7 as more Internet-based companies grow. The next 50 providers will provide about 40 percent of the CAGR in data center revenue, Bryant said.

For Intel, about 12 percent of the CAGR growth comes from CPU sales, while the remaining 3 percent comes from non-CPU products such as Ethernet controllers, boards, and systems.

“Cloud computing is growing as an architecture,” Bryant said, thanks to customer adoption of on-demand computing that it offers. The cloud offers self-serve solutions and fully automated data center computing, she said.

And the cloud grows as the number of devices and services pulls data from that infrastructure, Bryant said.

The change in server chips has been dramatic over time. In 1997, Intel had no presence in the market. Now, it is about 96 percent of the business, as custom server chip makers have faded away.

In data centers, Intel is delivering three new product lines in the future. It is creating silicon photonics, which comibines laser tech and chips on a single chip. The potential market is about $5 bilion by 2020, Bryant said. Intel is shipping a high-performance data pathway, or fabric, for data centers dubbed Omni-Path. Intel is taking on Infiniband provider Mellanox in that market, which could be $1.6 billion by 2020.

And Intel is also working on its 3D XPoint memory technology, which is set for sampling in 2016. Intel believes it can get four times the memory capacity in the same space at half the cost of dynamic random access memory. The potential market is $34 billion in 2020.

Much has been made about potential competition from ARM-based servers, but initial demand for those is week. Bryant said that the ARM server chip shipments are at about “one half of a tenth of 1 percent” of the server chip market so far.

“Intel has a huge advantage with the x86 architecture,” Kanter said. “Things will get more interesting in 2017 and 2018. But there’s not much happening now.” 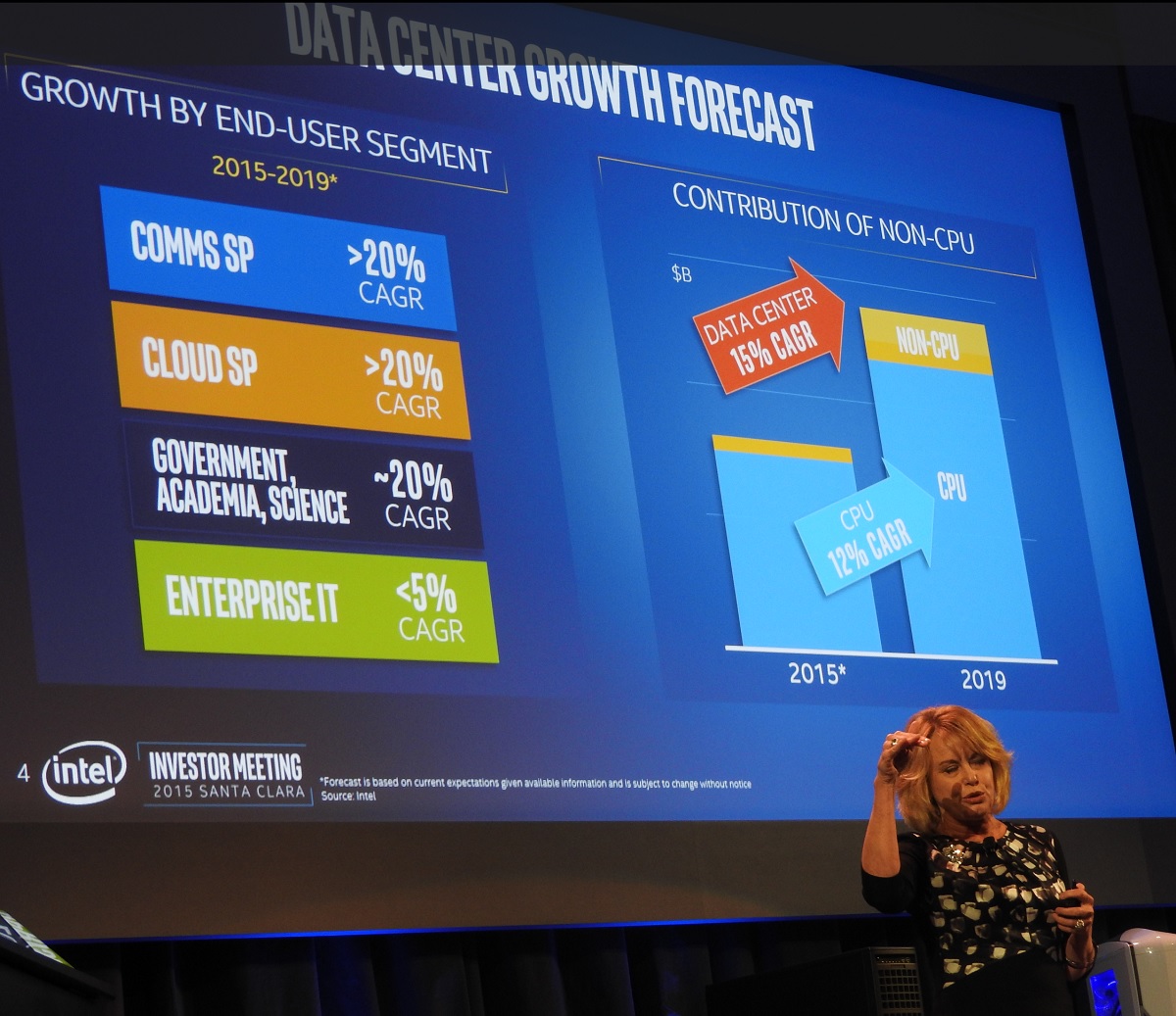