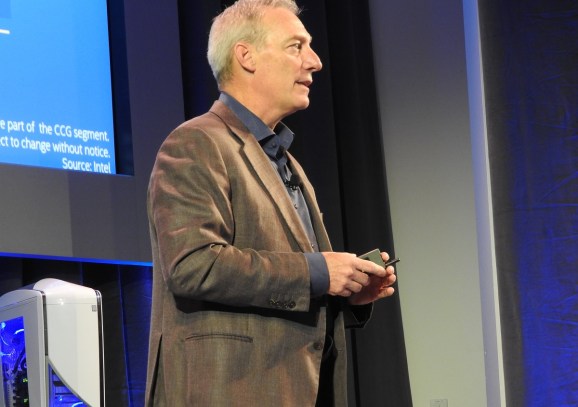 SANTA CLARA, California — Intel, the world’s biggest chip maker, forecasts a drop in overall revenues for the PC industry in 2016. That’s no surprise, given the shift to mobile, and it is slightly more pessimistic than third-party analysts, who are forecasting flat revenues. But even with that drop, Intel still expects to deliver growth in 2016, Intel executives said at the company’s investor day today.

Intel’s predictions are important for the tech industry, as its results are a bellwether for all of electronics. Stacy Smith, chief financial officer at Intel, said that the PC remains Intel’s most important strategic business because it still generates about $8 billion a year in operating profits, allowing the company to invest in other areas that are growing faster such as data center chips, the Internet of Things, and software and services.

Those other businesses generate close to $8 billion in revenues for Intel today, and that will jump closer to $10 billion once Intel’s $16.7 billion acquisition of Altera closes. 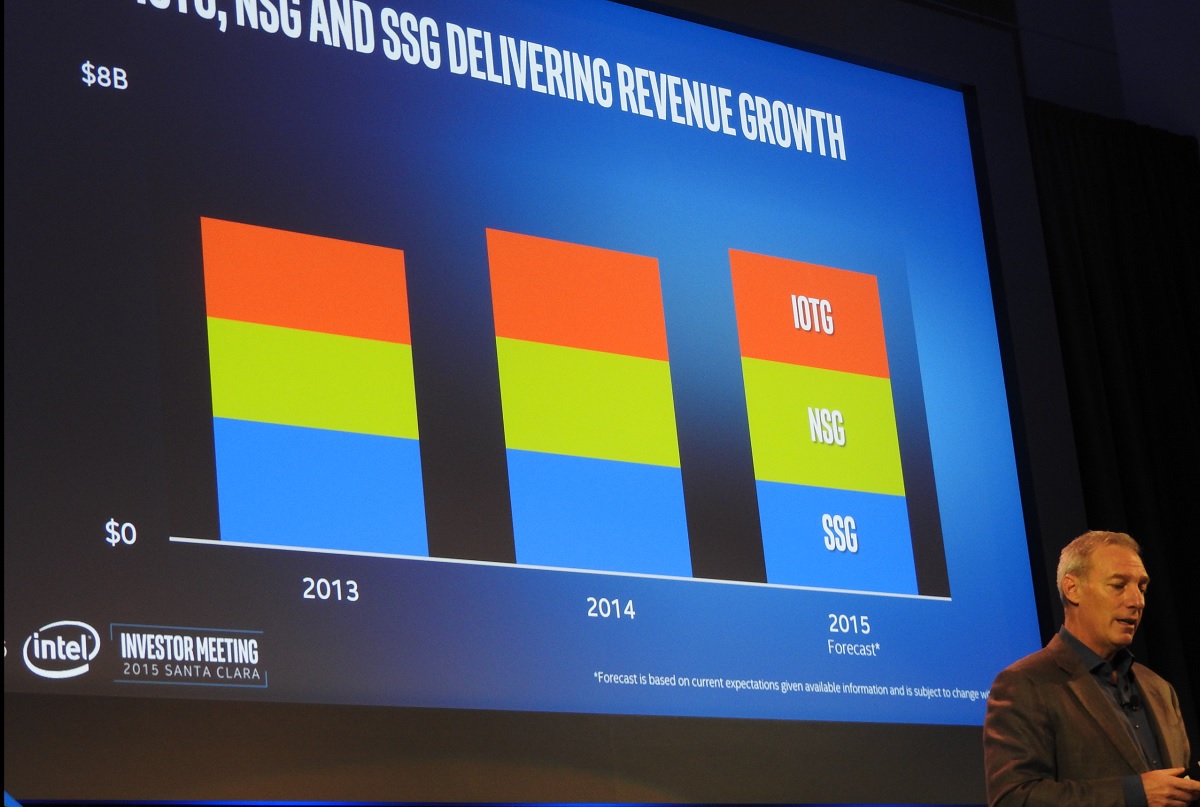 Still, the PC business accounts for 80 percent of Intel’s chip unit production. And that helps drive economies of scale and manufacturing efficiencies that enable Intel to make its other chips more inexpensively, Smith said.

Operating profit growth in Intel’s Client Computing Group is expected to be in the low double digits, while CCG revenue will be in the low single-digit growth, in spite of the shrinking overall industry. That means Intel expects to gain market share in 2016. 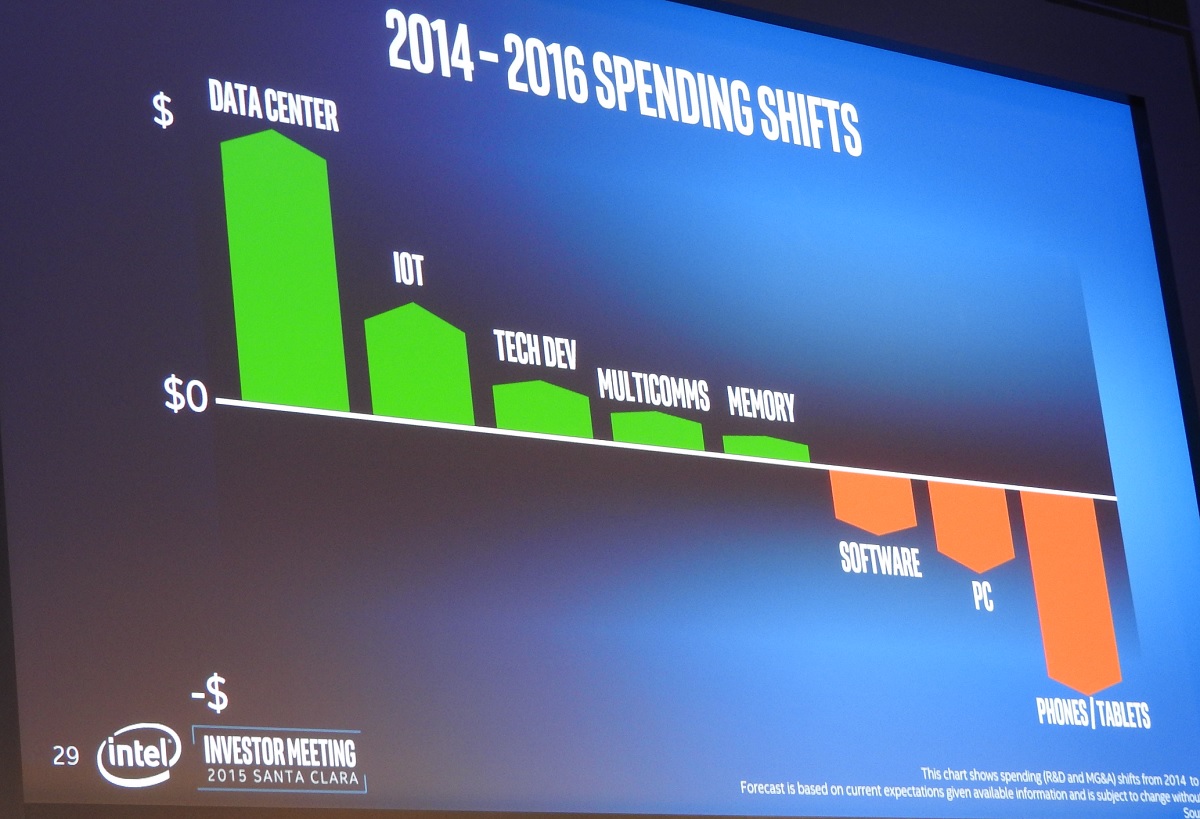 Above: Here is where Intel is shifting its investments.

As a result, Intel expects its gross profit margins, a measure of profitability, to be about 62 percent, or the same as in the past couple of years. Average selling prices are rising overall this year, costs are flat, but manufacturing efficiencies are improving. Intel’s growth will be better if the PC market remains flat in the future, but Smith said that Intel is still positioning for growth in the long term if the PC market shrinks another 10 percent over time.

Intel will generate $20 billion in cash this year. The net cash balance is coming down, as Intel manages its various investments better. Intel spends about $10 billion a year on capital expenditures.

Intel is increasing its dividend today by 8 cents to $1.04 a share for 2016. Intel’s overall dividend yield is just under 3 percent. 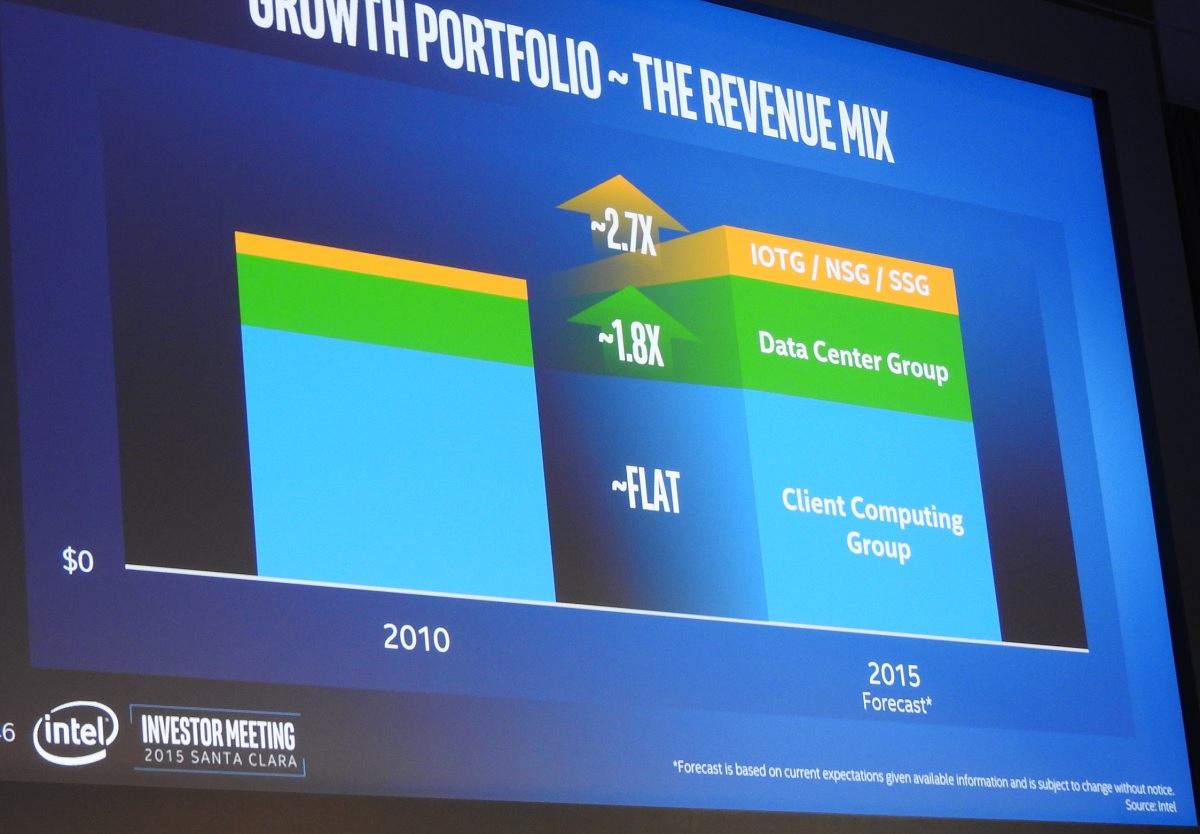