There is plenty to talk about with Square pricing its IPO down below the last raise. What we don’t understand is why everyone feels the need to make it sound worse than it is. Almost every single source has ignored employee options in their calculation of valuation, which deflates valuations in a dramatically inaccurate manner.

There are two relevant ways of counting shares – outstanding, which is all shares currently existing; and fully-diluted, which is outstanding shares plus all options that would or could become shares.

A 35 percent drop from $6 billion to $3.9 billion is a patently wrong figure, but it has been published dozens of times. As The Information pointed out yesterday, this is an apples-to-oranges calculation, because the $3.9 billion figure excludes employee options, and the $6 billion includes all such dilution. 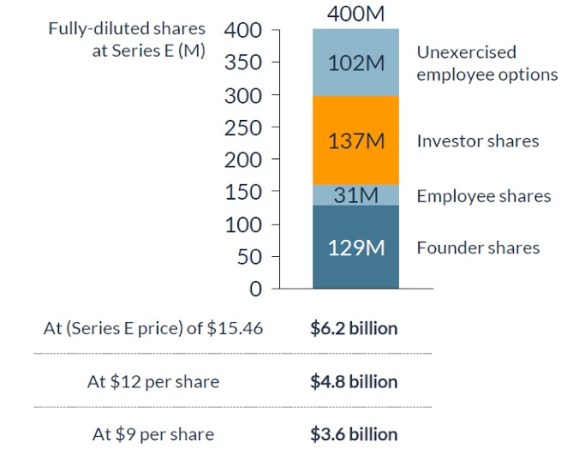 While that is a significant improvement, the share price itself is probably the best metric of an increase or decrease in value.

But neither is important for new investors.

Most experts in the field – venture capitalists, funds, investment managers – adopt a fully-diluted share count. When a lower valuation is reported, of $2.7 billion, or $3 billion, or $3.9 billion, that leaves off one hundred and fifty million shares. Has this been happening every IPO? 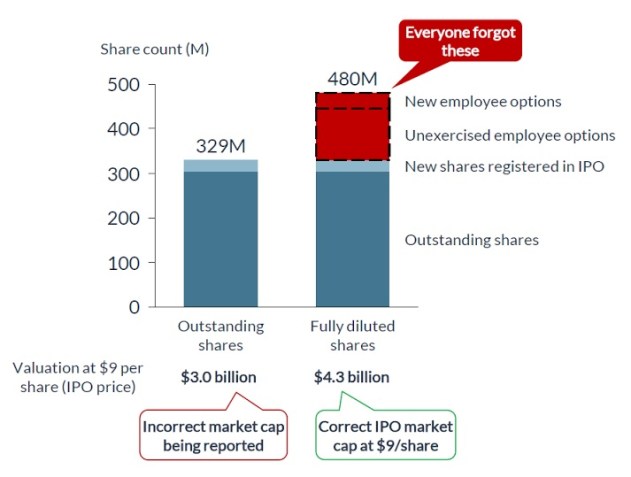 Square is going public at $9 per share. This is a $4.3 billion valuation. Institutions are sophisticated enough to know this, but smaller advisers, wealth managers, or individual retail investors out there may not.

We felt the obligation to make this known. Otherwise someone buying at $10 thinking they’re getting a $3 billion valuation may be in for an unpleasant surprise very soon.

Side note: It looks like over the past two years, Square CEO Jack Dorsey has given 15 million of his own shares back to the company, for no money. Even at the reduced $9 per share price, that’s over one hundred million dollars. The purpose? Increasing the pool of equity available to employees. That’s a pretty classy move.