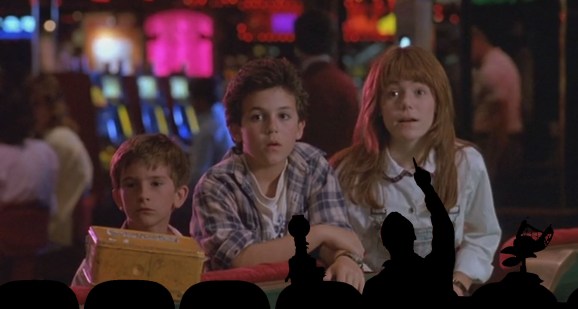 Everyone’s favorite Nintendo savant is back, and it’s time to laugh at him.

Rifftrax, a site about making fun of movies (also called “riffs”) from the Mystery Science Theater 3000 crew, just released its take on The Wizard. For those of you unlucky enough to have never seen this classic, it is a 1989 Hollywood film about a boy who is gifted at playing video games. Naturally, he ends up going to California to compete in a Nintendo competition where the publisher reveals Super Mario Bros. 3 for the first time. Even back when the movie first came out, kids could tell that this was really one big commercial for Nintendo and its products. But that doesn’t mean it is lacking in entertainment!

The Wizard features Rad Racer, Double Dragon, and Ninja Gaiden. It also has human attractions like Fred Savage, Christian Slater, and Beau Bridges, the older brother of Jeff Bridges. But let’s not even pretend like any of those people or things are the reason you remember this movie because here is the real star:

The Power Glove! That’s right. Nintendo’s mythical controller that enables you to reach into the television and touch the games! Only the Powerglove sucked, and it’s scenes like the one above that make The Wizard perfect for riffing.

This is the latest release from Rifftrax, which comprises many of the stars from the beloved cult classic television series Mystery Science Theater 3000. That show turned a generation onto the joys of lobbing sarcastic remarks at bad movies, and the crew of Mike Nelson, Kevin Murphy, and Bill Corbett are still doing it today.

Movie: “AH! He touched my breast!”

Can’t wait to watch this!