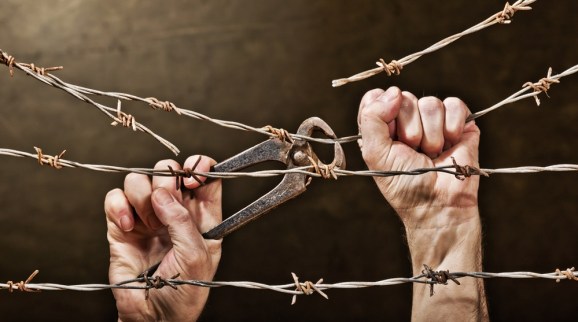 Digital media is currently in the midst of a revolution of sorts. Or maybe it’s more of a Cold War. It’s too soon to tell which.

With Apple pushing ad blocking with its iOS9 release, and with the whole online advertising ecosystem running counter to Apple’s best interests from a revenue perspective, it seems Apple is determined to funnel as much content as possible through native apps such as iTunes versus the mobile Web.

The company’s primary claim is that native channels make for a better user experience, but that’s not all they do; they also mean more money for Apple through revenue sharing. If publishers move valuable content into native apps, then they have to share subscription fees and in-app purchases with Apple. So Apple’s strategic offensive is to increase ad-blocking across the mobile Web, which damages a publisher’s revenue stream, which forces the publisher to migrate to native applications, which means a 30 percent revenue-share for Apple.

In light of Apple’s move, it’s time for publishers to retake control of their most valuable assets.

A counter-move wouldn’t be too hard for publishers to pull off, particularly if you know how ad blocking works. In its most basic form, most ad-blocking technology is based on domain names. That’s why a blocker examining network requests will ban Google’s Ad Network but not The New York Times, for example.

Whether publishers build their own proprietary ad serving stack or buy one outright, all they need to do is host both content serving and ad serving on their own servers. While it may seem like an oversimplification, that’s really all there is to it. In this case, the ad blockers wouldn’t be able to distinguish content from advertising, thereby returning a significant chunk of the ad-tech value chain (and deserved revenue) back into the hands of the publishers. Facebook, Yahoo, and Twitter are prime examples of publishers that circumvent ad blockers in this manner.

Furthermore, if traffic is encrypted, an ad blocker will not be able to look at the content beyond the URL, server, domain, timestamp, and size. Nothing would specifically distinguish ads from content — provided the ad is hosted by the same server as the content, with URLs indistinguishable from the content.

Sounds straightforward, and it is. Another advance available to publishers is to encrypt their in-app content. Twitter is exceptionally good at this. It encrypts all of its in-app content so it isn’t susceptible to Apple’s ad blocking API, since content is indistinguishable from ad content and no one in the middle can inspect what’s going over the wire.

If more and more publishers begin using encryption as a solution, they can ensure the continuity of both mobile-Web-enabled and in-app ads.

We are on the cusp of a huge revolution in the online advertising and media ecosystem. That is, if publishers take a stand and regain the control they once had. Publishers need to realize they have what everyone else needs: content. They have given away so much control for so long that they suffer terribly from an identity crisis. But now is the time to resume their position at the top of the online advertising value chain. Hopefully they see this opportunity for what it is and finally declare a “checkmate” in this ongoing ad-tech chess match.