I’m no stranger to taking photos, especially in groups. And I’m not the only one, as your social media stream will certainly attest. But it can often be difficult to figure out what to do with all those photos afterward. Yes, if you’re tech savvy, it’s easy to use different applications to back media up, collaborate, and share, but what if you aren’t? A company called Everalbum wants to help you get the most out of your memories and is publicly launching today after being in stealth mode for nearly two and a half years.

Started by two former TokBox employees, Andrew Dudum and Don Holly, Everalbum is Google Photos meets Storehouse meets Cluster. The service lets you back up photos from across multiple platforms, including Instagram, Dropbox, Facebook, and Google+. All your photos are completely private, and there’s no social network aspect, with the exception of allowing invited friends to contribute to specific albums. 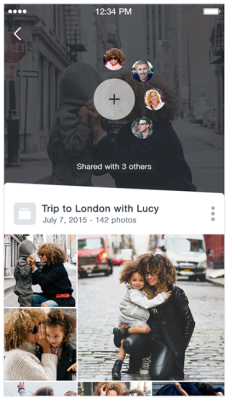 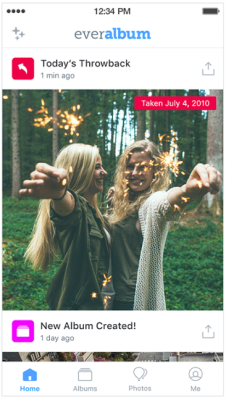 In an age when everything is cloud-based, finding a place to not only house our memories, but let us relive them with those who were there is significant. Everalbum funnels photos into albums based on events, which means if I take pictures at my friend’s wedding, not only can I store my smartphone photos in an album, but I can invite others in attendance to upload theirs as well, making it possible for everyone to relive the memories days, months, or years from now.

“With shared albums, we not only help identify and group key life moments, but we now make it absolutely seamless to aggregate those photos from the people you were with,” wrote Dudum in a blog post.

The company said that it’s already backed up nearly 1 billion photos — and this is within the last 90 days. Additionally, it has freed up 5,300 terabytes of space for users of its iOS app, equivalent to filling up a 16GB phone every day for over 900 years. 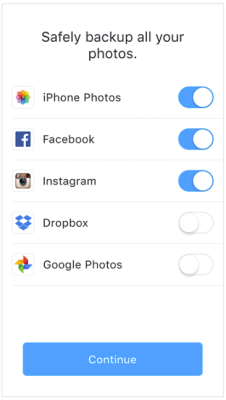 The on-boarding process is simple. When you first open the app, you will have an option to authenticate with Facebook, Instagram, Dropbox, and Google+ to import stored photos into Everalbum. Once that process has been completed, the app will continuously monitor photos and videos stored  on those services and on your device and will back them up automatically. They’ll be parsed into different albums based on key events, or you can create your own. Friends can be invited to share photos to specific albums — just add their username, email address, or phone number and they’ll receive a notification.

Just like Google Photos, Everalbum lets users free up storage on their device when backing up photos. Media deleted from a smartphone or tablet device will not affect what’s stored on the app.

If you’re looking for a simple photo backup in case your phone gets lost or damaged, Everalbum can be a good option. I’ve used the app for a while, and while it does feel like it’s in some ways duplicating what I already have with Dropbox, Google Photos, and Flickr, an app that automatically imports and sorts photos from multiple services is pretty convenient.

Everalbum offers a freemium version of its app. All users get unlimited photo backup, but for $9.99 per month, premium users get full resolution photo and high-resolution video backups, along with the ability to have their favorite photos printed and shipped to their home. 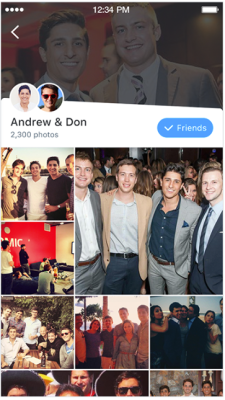 Dudum acknowledged that there are a number of photo-storing and sharing services on the market, but said he believes the problem of what to do with our pictures deserves a better solution than what’s currently out there. And he was quick to say that Everalbum offers more than just storage.

We often think about media simply as files — photos and videos that we store as evidence that we witnessed something. But photos can be more than that, can give us access to our most cherished memories. Remember the “Kodak moment” campaign?

Here’s how the Collins Dictionary defines a “Kodak moment”: “A phrase used when taking a picture of someone at a particular moment that will never be forgotten.” While this may have been the advertising slogan for an iconic but now bankrupt brand, that doesn’t mean that the ideal can’t continue on in another form.

Everalbum can now be downloaded onto iOS devices. An Android version is in the works while desktop versions for Mac and Windows are also said to be coming, which will likely let you upload and share photos taken from professional cameras in the future.

Update: We’ve removed the list of Everalbum’s investors at the company’s request even though it was accessible on AngelList, which has since been scrubbed of information about who funded the company.

Additionally, the company told us that it is now only available on iOS devices, as it is still working on an Android and desktop version. This post has been updated to reflect this.