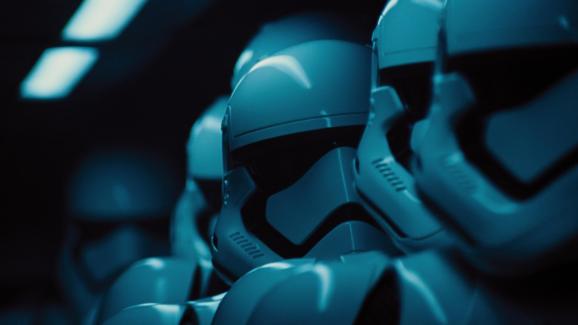 Been there. Done that.

It is a clever way to get you to participate in the ungodly hype surrounding a movie, The Force Awakens, that most likely will be a gigantic turd, but that you will still pay to see several times and then spend the rest of your life re-watching (and debating its relative lack of merit). And even knowing all of this, you’re still going to visit the Google promo and you’re going to click on it, even if doing so makes you a sucker, because this is Star Wars.

“It’s a place for fans, by fans, and starting today you can choose the light or the dark side, and then watch your favorite Google apps like Gmail, Google Maps, YouTube, Chrome and many more transform to reflect your path,” Google writes. “And that’s just the beginning. We’ve got more coming between now and opening night—the Millennium Falcon in all its (virtual reality) glory included, so stay tuned. And we’ve hidden a few easter eggs, too.”

That is basically Wookiee for: “We have a clever new way to turn you into a free source of advertising for a movie studio worth billions of dollars.”

And you will still do it. I did. And yes, I’m totally ashamed.

Once you have decided to join the light or dark side, you then can go to each of your Google services and add Star Wars related stuff, or just watch as they are transformed. And you will do this, because the Force is strong in you. Kidding. You’ll do it because you’re a sucker and you can’t say no. Like me.

Now, when my Gmail loads, the loading bar is a light saber. And when I open a new tab in Google Chrome, it serves me a picture from The Force Awakens. I’ve opted myself in to serve myself ads. Geez, I’m a dope.

But don’t judge. Because even now, you are pretending you won’t do this. And then you will do this.

I mean, you probably still watch The Phantom Menace now and then, hoping it really wasn’t that bad. And then you realize, yep, it totally blows. And if you have kids? Forget it. You’re doomed to watch even the worst Star Wars dreck and listen to your offspring talk about how great Anakin is while you bang your head against the wall.