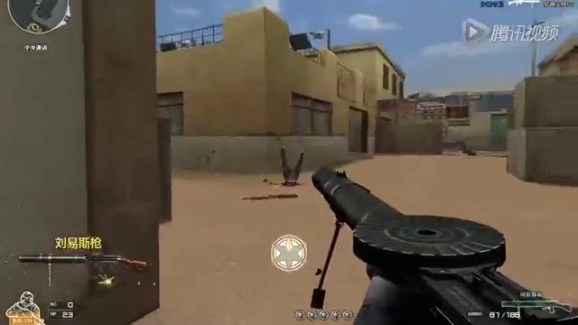 Cross Fire is a massively successful game. You’re probably doubting that statement because you haven’t heard of it. But it’s a free-to-play shooter that makes around $1 billion each year — that’s more than online multiplayer strategy game Dota 2 or the collectible card battler Hearthstone: Heroes of Warcraft.

But while Cross Fire has made a lot of money for publisher Tencent, developer Smilegate is moving ahead with Cross Fire 2. And it looks like this time Tencent isn’t involved. Chinese publishing company The9 revealed today that it has worked out a deal with Smilegate for Cross Fire 2 that is potentially worth half a billion dollars. In China, The9 will have exclusive distribution rights for Cross Fire 2 for five years in exchange for an upfront payment of $50 million. Smilegate stands to make an additional $450 million as it reaches set “development and operation milestones.” That $500 million doesn’t even include royalty payments. This is a gigantic deal that reveals China is a hugely important gaming market all on its own.

We’ve asked Tencent whether it has any involvement in Cross Fire 2 as well as what this means for the future of the original Cross Fire. We’ll update this post with any comment from that company.

Cross Fire is best described as a Counter-Strike clone. It’s a modern military online shooter with simple graphics that can run on almost any PC built over the last five to seven years. This makes it popular among the millions of gamers in China who play at home on inexpensive rigs as well as in Internet cafes.

Cross Fire 2 will likely maintain a lot of the elements that made the original successful. That includes the military theme, fast-paced matches, and free-to-play microtransactions that don’t interfere with the skill-based gameplay. But Smilegate is also giving its new game some much-needed updates.

The sequel will run on a completely new game engine. That means Cross Fire 2 should look a lot better — although you should also expect that Smilegate will commit to ensuring most machines will have no trouble handling it. The studio is also planning on including new single-player and cooperative modes where players can test their skills out without having to go up against real people.