Facebook has released a new developer SDK that brings social functions to apps built for the new Apple TV. With this integration, developers can ask their users to authenticate using Facebook Login, share content from the small screen to their social graph, and even take advantage of the service’s app analytics offering to better assess how their work is performing.

The Facebook tvOS SDK relies on the same framework that was used for the iOS developer offering. Although it’s available now, the company is calling it a beta version, likely to solicit feedback from developers.

Until now, users have needed to manually type in usernames and passwords with the remote to provide authentication. But with Facebook Login, app users can simply type the confirmation code displayed on the TV into their smartphone or computer. 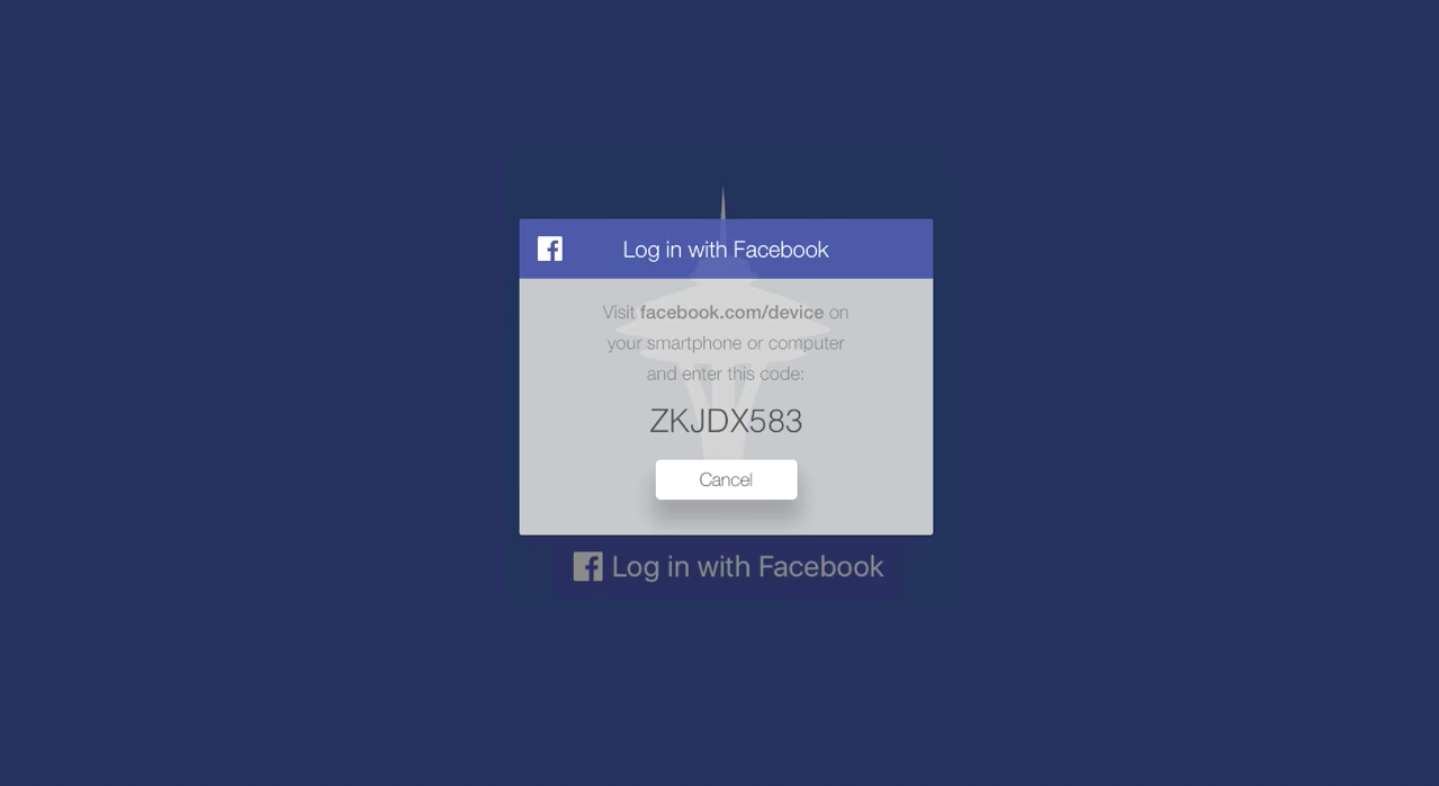 Above: A screenshot of what a user would see when providing authentication for an Apple TV app that uses Facebook Login.

But while users now have an easier way to access the app, developers may still need to improve marketing to get more people to pay attention to their product. So, included in Facebook’s tvOS SDK is a way for them to share content from the small screen to a user’s social connections. How something gets shared will depend on the developer, but users can share links, photos, videos, and other content.

However, developers should note that the new native sharing dialog feature isn’t currently available for tvOS, so a little bit of a workaround may be needed.

Facebook’s new SDK also comes equipped with an analytics package to help developers track the performance of their app. Once the package has been added, developers will have one of the first toolkits within the tvOS ecosystem to help monitor their app’s progress — they can know what parts of the app aren’t performing up to par as well as the demographic information of their users.

While the developer SDK is still in beta, if it gains enough traction and more tvOS apps incorporate Facebook’s technology, the company may hold a session or two about it at its next F8 developer conference in April.

Interestingly enough, this is perhaps the first social media-focused SDK to come out for the Apple TV. It joins other services that have sought to take advantage of the opportunity to build for the small screen. Earlier this month, for example, TokBox unveiled its video conferencing and chat SDK, and AppLovin announced it would provide an SDK to help monetize apps through ads.