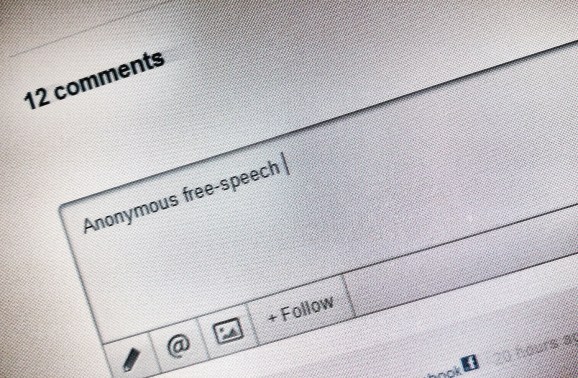 Managing online comments is a perennial problem for media outlets. The dilemma is normally centered around three key systems — should we allow anyone to comment anonymously to encourage interaction and engagement? Should we enforce a real-name policy to deter the trolls? Or heck, should we just ban comments altogether?

There are pros and cons to each of these systems, but one local U.S. newspaper has caused minor outrage with its decision to unmask anonymous commenters retroactively, reports Techdirt.

The Montana Standard, a daily newspaper based in Butte, Montana, announced earlier this month that it was changing its online commenting policy. “As of Jan. 1, 2016, comments on mtstandard.com will no longer appear attributed to the writers’ user names, but rather to their actual names,” it said.

That in itself is fine — users then have the option to no longer comment on articles. This will either be to the detriment or the benefit of the publication; only time will tell. However, the announcement continued [emphasis ours]:

“At the time of the conversion to the new system Jan. 1, all previous comments on the site will be reattributed to the authors’ real names rather than usernames.”

In other words, anybody, at any time in the past who has commented on an article will automatically be unmasked — even though the system that was previously in place assured them that only the screen name would be displayed.

While the Montana Standard is providing an option for previous commentators to send an email by December 26 and request that their comments be removed, it doesn’t seem to be a terribly efficient system.

For one, manually removing old comments could take a long time, much longer than the five-day period between the deadline and when the new system is put in place. But more than that, many readers may have missed the announcement altogether, or completely forgotten about comments they made years ago.

So anyone who has included false names in those fields won’t be affected. And the newspaper hasn’t said whether it plans to implement an actual real-name policy — the only way to really do that, short of requesting readers’ birth certificates, is to enforce a Facebook log-in, similar to the Huffington Post. And there’s nothing to indicate it plans to do this.

I can’t help but think that the Montana Standard would be perfectly happy to make its new system apply ONLY to new comments made after January 1, 2016. But it’s likely taking the easy route in its content management system (CMS) by flipping a switch that changes what fields show up publicly on comments, which is easier to do than write extra code that would filter out historical comments.

A quick peek at the Montana Standard‘s privacy policy reveals some contradictions. For example, part of it says:

“We will not share individual user information with third parties unless the user has specifically approved the release of that information.”

It continues [emphasis ours]:

“The web is an evolving medium. If we need to change our Privacy Policy at some point in the future, we will post the changes before they take effect if we believe that the change in the way we use your personal information is significant or material. Of course, our use of information gathered while the current policy is in effect will always be consistent with the current policy, even if we change that policy later.”

So while the Montana Standard has, of course, announced the changes, it states clearly that whatever policy was in place when a user submitted their information has to be applied. It’s difficult to see how the newspaper can continue with its planned changes without contravening its own privacy policy.

The silliness of the system is perhaps best summarized by lawyer Paul Alan Levy. “You can easily imagine a newspaper deciding that it is not going to rely on anonymous sources in its news stories – certainly there have been media entities that have claimed to have adopted such policies,” said Levy, in a blog post. “But can you imagine a paper doing so retroactively, leaving its stories online that were previously sources anonymously but replacing such categories as “inside source” with the name of a whistleblower…”

The Montana Standard says: “Belief in free speech is fundamental to our profession and to the values of The Standard – as is belief in transparency.” If transparency really is a core philosophy of the newspaper, why invite readers to post comments using a pseudonym, then later change this policy and require readers to opt out?