Idle is the new active.

When Cookie Clicker first caught the attention of the Internet in 2013, most gamers took it as a joke. That was, until we started to play it. Clicker games (a genre consisting of tapping or clicking the screen for currency to use in customizing or building up resources to get more currency faster) has boiled the tactile satisfaction of the rapid fire mouse-click into its simplest form. And the genre has only grown since.

Whether you call them idle games, clickers, or incremental games, one of the more elaborate and popular current genre examples is Codename Entertainment’s Crusaders of the Lost Idols. We recently spoke with CEO Eric Jordan over email about how the developers plan to continue to chart their place in one of gaming’s newest spaces. 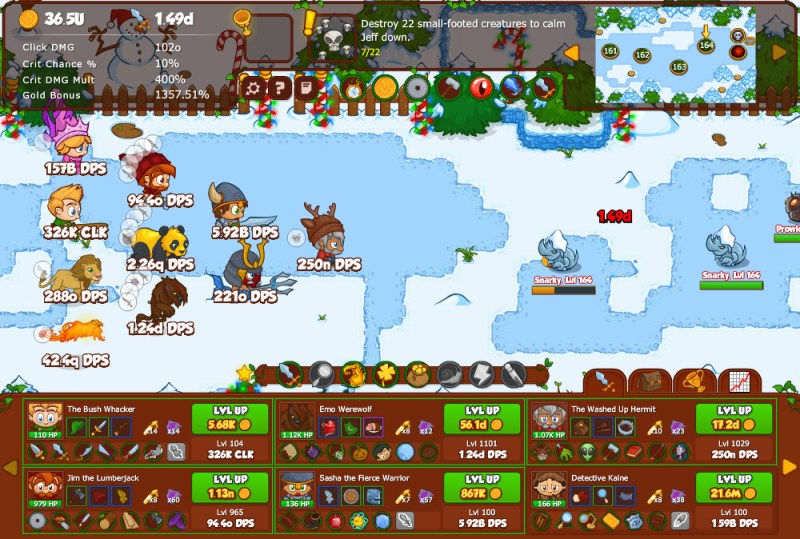 Above: The clicker game genre grew out of commentary games made by independent developers, according to Codename Entertainment CEO Eric Jordan.

Jordan began his remarks by referring to clicker games as a grassroots genre, directly comparing them to multiplayer online battle arenas (or MOBAs). According to the CEO, both game types were and are “made by gamers for gamers at a grassroots level, not a corporate level.” He related the origins of the MOBA (initially being fan modifications to existing games) to the growth of the independent “commentary on games by gamers” that informed the first examples of the clicker game. These similarities, he says, could mean clicker games will make the next big shift in game culture.

“Ten years ago, I don’t think anyone understood how much impact MOBAs would have on the video game industry and the broader gaming culture,” Jordan said. “… But they have had a huge impact on the growth of esports, streaming, and fan-made videos. Where would esports be today without the impact of MOBAs?”

Crusaders of the Lost Idols’ developers like to show their gamer cred through in-jokes, both of gaming and the broader internet culture. A Halloween update introducing emo werewolves into Crusaders of the Lost Idols invited players to “liek dis if u cry evry tim”, a reference to a series poorly spelled, cheesy short stories most commonly discovered in comments section of random Youtube videos. Memes and gamer culture references litter each of the game’s multitudinous updates, and Jordan emphasized this cultural immersion as the foundation for Codename’s success.

“… The design of Crusaders of the Lost Idols really reflects our entrenched love of gaming culture and the banter you’ll hear in our office,” Jordan said. “Everyone in our office considers themselves to be gamers. We are able to put these influences together because we are making a game that we would like to play.”

Of course, “by gamers, for gamers” was a mantra echoed by a little company named Electronic Arts when it first started up. For now, at least, clicker games have the luxury of low budgets and limited market share to make and live up to those claims. Codename Entertainment, for its part, is embracing the creed with a new level of tenacity. 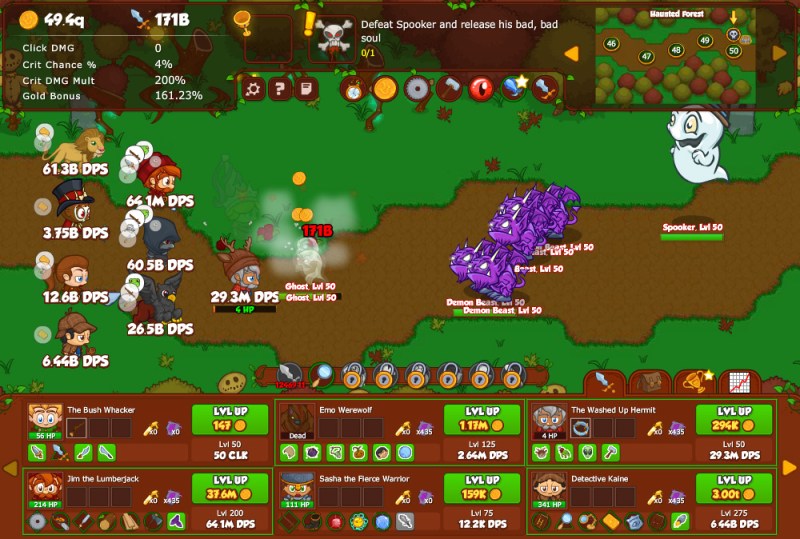 Above: Codename Entertainment attributes much of its success to the direct connections it’s made with gamers.

But that subculture goes both ways, and Codename is investing in the dialog between designers and fans in a way few other studios have. This past September, the studio announced the members of a Crusaders of the Lost Idols Player’s Council. The 17 confirmed members — 16 fans pulled from Facebook and Kongregate, as well as a representative from Flash-game hosting site Armor Games — will reportedly meet with Codename in quarterly meetings to discuss the game and potential upcoming features.

“… The council provides an opportunity for us to interact one-on-one with hand-selected players based on their deep knowledge and understanding of our games,” Jordan said. “The council’s contributions guide our thoughts and plans on design … members var[y] from teenagers through to older players in their 60s and gives us a broad understanding of how players like to play Crusaders.”

Applying for a spot on Codename’s Council was not dissimilar from a regular job. According to Jordan applicants filled out applications assessing their knowledge — and opinions of — Crusaders. Then the selection committee at Codename read through each application, selecting what they felt was an appropriate array of users by platform, perspective, and spending habits. The meetings the Council attends with the developer are confidential, with members expected to maintain a steady level of engagement with the game in order to provide worthwhile feedback.

“In reviewing the applications we were obviously looking for people who are really into the game,” said Jordan. “However, we also wanted to bring on people who could give us a wide range of perspectives. As such, we wanted representation from the various platforms where people play the game. It was also important to us that spenders and non-spenders be represented on the Player Council.”

Like most initiatives undergone by Codename, this isn’t so much charting unfounded territory as it is attempting to make existing game development tactics more directly gamer-centric (if still not entirely transparent). Where Jordan describes most major game releases as being “constructed by large companies from market research,” he and the studio intends the Player’s Council to act as a more user-driven alternative.

Whichever direction this Council goes in — be it important feedback loop or bureaucratic hassle — it certainly could be an effective response to sort of fatigue many gamers have felt with a triple-A game process. One that sees endless sequels released with seemingly little customer feedback taken into account. If this new genre could facilitate an even more direct connection between player and designer, clicker games could prove a populist alternative to the less hospitable major markets. Whether that promotes a shift is as seismic as the MOBA-led rise of esports is dependent entirely on the genre’s ability to make good on its own haughty decrees.

Keep an eye here — the future may only be a few thousand clicks away.