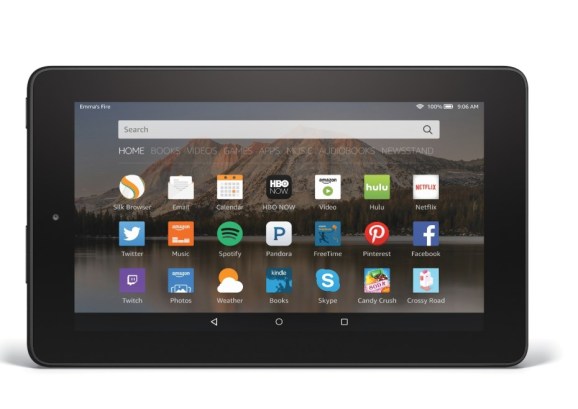 The 7-inch Amazon Fire tablet was a Black Friday hit, according to receipts data collected by Info Scout.

Info Scout makes a series of apps that allow users to photograph and manage sales receipts.

The 8GB version of the Fire tablet, Info Scout says, was the top seller both by units and by sales volume at Amazon.com Thanksgiving night and on Black Friday. It was also the top seller by unit sales at Best Buy.

Info Scout points out that iPad was the Black Friday top seller for the past two years, but not this year.

The tablet, which was announced last September, has a $50 pricetag, but both Amazon and Best Buy were selling it for $35. 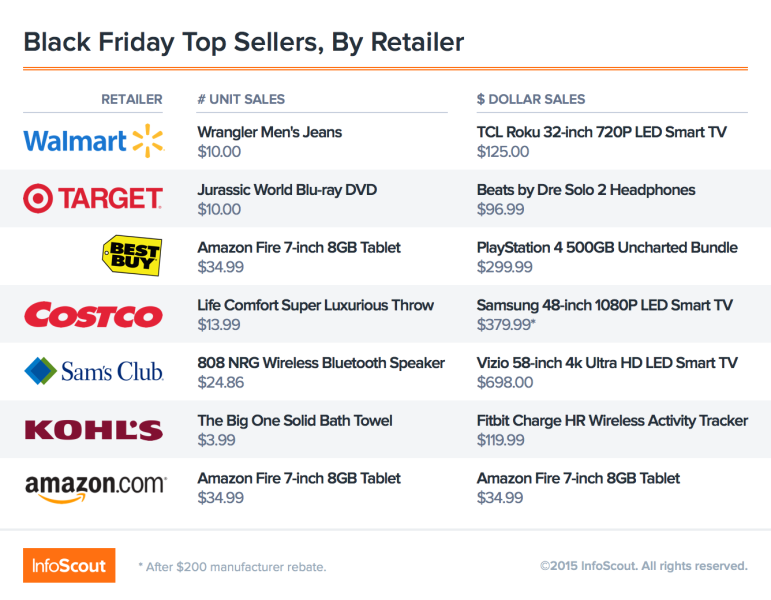 The device sports a 1.3GHZ quad-core processor, 7-inch display, front- and rear-facing cameras, and 8GB of internal storage that can be expanded up to 128GB via microSD.

Info Scout says it analyzed 151,337 receipts reported on Thanksgiving night and Black to arrive at a “quick read on this year’s hottest items” based on unit sales and dollar sales for each major retailer.