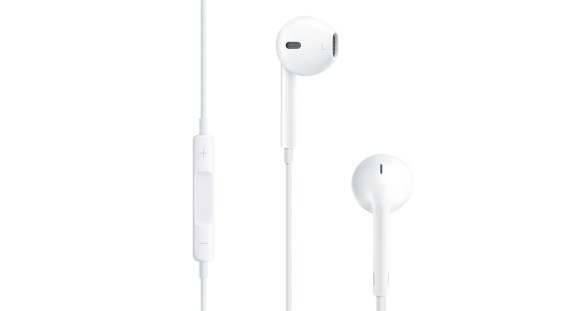 The latest Apple rumor is a fun one: The next iPhone reportedly won’t have a 3.5mm headphone jack. Instead, iPhone owners will have to use an all-in-one Lightning connector, according to a “reliable source” cited by Japanese website Mac Otakara (via Mac Rumors).

As far as iPhone rumors go, this one doesn’t surprise me in the slightest. Mark my words: Apple is working on replacing the headphone jack with Lightning.

The report claims the new same-sized Lightning connector will support Lightning-equipped headphones, and have a digital-to-analog (DAC) converter for backwards compatibility with wired headphones using standard 3.5mm stereo jacks. In other words, you’ll have to buy a 3.5mm-to-Lightning adapter, which Apple will happily sell you, if you want to use wired headphones, earbuds, or even Apple’s current EarPods (pictured above).

And that’s the first thing that jumps out at me regarding this rumor: Apple introduced its EarPods in September 2012, first shipping them with the iPhone 5 (they are sold independently for $29). A refresh is long overdue. When the next iPhone lineup arrives, it will have been four years since the EarPods were released.

What has Apple done in those four years to suggest that a new set of headphones to accompany its products is on the way? Oh, not that much. The company only acquired Beats Electronics, launched Apple Music (including on Android), and opened up its MFi (Made For) licensing program to include headphones that use its proprietary Lightning port.

That’s right: As of June 2014, third-party manufacturers have been able to create headphones that connect to iOS devices via a Lightning cable. Aside from Philips, not many have jumped on this bandwagon. Once Apple removes the headphone jack, that will change very quickly.

And of course, the rumor also says Apple is planning to release its own Lightning-equipped EarPods, which would likely ship with the iPhone 7 (and presumably be sold separately, as well). Eventually, Apple would phase out its current EarPods, once all other iOS devices lose the headphone jack.

But I’m going to go further and say Apple will also release Beats-branded headphones that use the Lightning port. Maybe they won’t be ready for the iPhone 7, but it would be silly for the company not to offer more premium (and expensive) headphones that work with the latest iPhone. And of course, you can expect Apple will give wireless headphones a big push as well.

If you still think this is unlikely, let me remind you that Apple has done this before. Again, in 2012 with the release of the iPhone 5, the company retired its proprietary 30-pin dock connector in favor of the smaller Lightning connector.

There was naturally a lot of controversy surrounding this, but Apple did it to make its device slimmer (and the story with the iPhone 7 will be the same). The removal of the headphone jack, which will mean the Lightning connector is used for charging as well as audio output, will be arguably more controversial since the 3.5mm jack is standard in all audio products. Apple’s 30-pin connector was already proprietary.

So iPhone fans will be doubly angry. Not only will their existing Apple headphones no longer work with the new iPhone, but almost no existing headphones will work.

And yet, this won’t stop Apple. Maybe it won’t happen with the iPhone 7, or even the iPhone 7s, but Apple is definitely experimenting with killing the headphone jack. There is precedence for such a move, and it lines up perfectly with the company’s style of removing ports and simplifying its devices. Again, I wouldn’t be surprised if it happens with the iPhone 7.