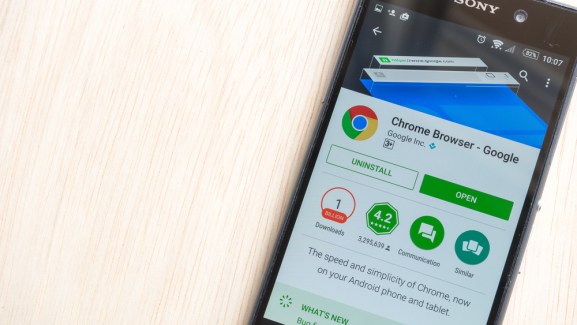 Google announced on Monday that it’s updated the data saver mode in Chrome for Android to save up to 70 percent of data when browsing web pages. That’s up from 50 percent, previously.

Users in India and Indonesia (two huge emerging markets for mobile, specifically Android) will be the first to receive the new feature, which will be rolling out to other countries in the coming months.

Tal Oppenheimer, Google’s product manager for Chrome, explained in a blog posting that Chrome is doing this “by removing most images when loading a page on a slow connection.”

“After the page has loaded, you can tap to show all images or just the individual ones you want, making the web faster and cheaper to access on slow connections.”

While Apple’s mobile Safari browser for iOS can now block ads, it doesn’t yet offer a dedicated data saver mode, like Chrome.

But data saving continues to be a trend, as more of the emerging world comes online through cheap Android smartphones. Last week, Opera Software rolled out an update to its data-saving Android app, Opera Max, to include music-streaming apps.

Oppenheimer didn’t comment on when Google will bring the 70 percent savings to Chrome for iOS.