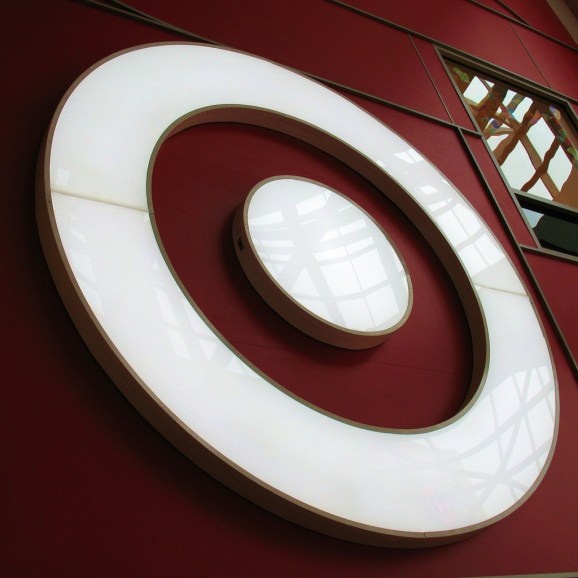 High traffic volumes are rendering the site unavailable for some customers. Unlucky shoppers will be faced with this message when attempting to go to Target.com: 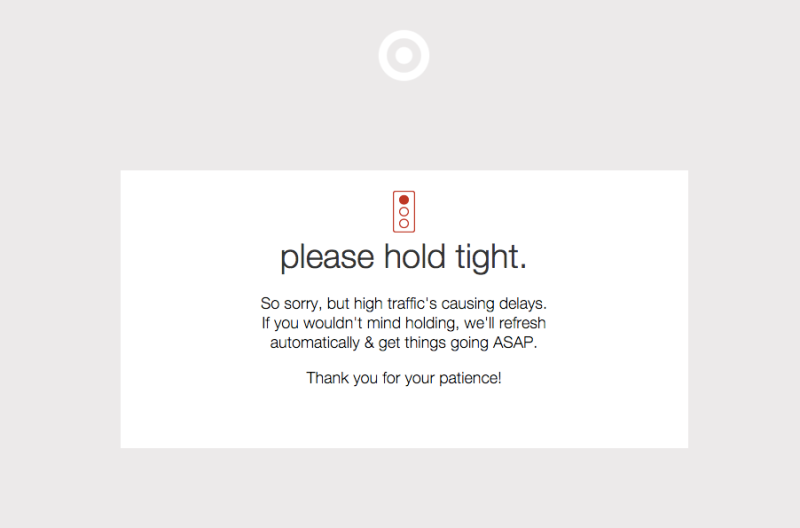 A Target representative said the company is “metering” traffic in order to keep the site from crashing.

Both traffic and order volumes are exceeding Target’s Thursday Black Friday event, which was our biggest day ever for online sales. To help manage the volume, we have been metering traffic to the site. We have teams working diligently to restore Target.com to full functionality.

Both the company’s U.S. and international site are affected, so even consumers who aren’t scouring the Web for special deals might be restricted from shopping.

Target isn’t the first retailer to have difficulty keeping high traffic from sending the site offline. On Black Friday, websites for Newegg and Neiman Marcus were unavailable for a period of time.

Digital sales for Thanksgiving and Black Friday were up this year, according to Hooklogic, a company that measures sales statistics for retailers including Walmart, Target, Best Buy, Toys ‘R Us, Macy’s, and others. In fact, one study shows that for the first time ever on Black Friday an equal number of people shopped offline as did online.

Online shoppers spent roughly $4.45 billion on Thanksgiving and Black Friday, according to Adobe. Cyber Monday may bring in even more ecommerce sales this season.