GamesBeat: How did you get so rich?

Parker: I’ve made my fortune on the back of hapless developers by exploiting their creativity and hard work. I also invested heavily in animated GIF and meme generation tech, which paid off in spades.

GamesBeat: Why do you work in game development?

Parker: A collection of white-collar crimes and pending felonies prevent me from running for public office, so game publishing is the next best thing.

Parker: The sheer amount of game pitches that land in our inbox is unbelievable, and the creativity in these pitches is absolutely incredible. This month alone we’ve received pitches for a game about anthropomorphic billiards balls battling it out on a pool table, a game controlling thousands of drones at once in epic space battles, and, of course, the requisite collection of Hotline Miami clones.

GamesBeat: Is Colonel Sanders your archenemy? Or are you buddies?

Parker: That chicken choker is a hack and doesn’t have a dime to his name — spent everything he had on booze and Korean MMO [role-playing game] armor. Truth be told, he’s not even a colonel. Yep, that’s an honorary title bestowed upon him by some county in northern Kentucky — Chuck Sanders has never spent a day of his life in the military.

GamesBeat: What have you done with your Serious Sam money?

Parker: Nachos and champagne are two of my biggest vices so let’s just leave it at that. 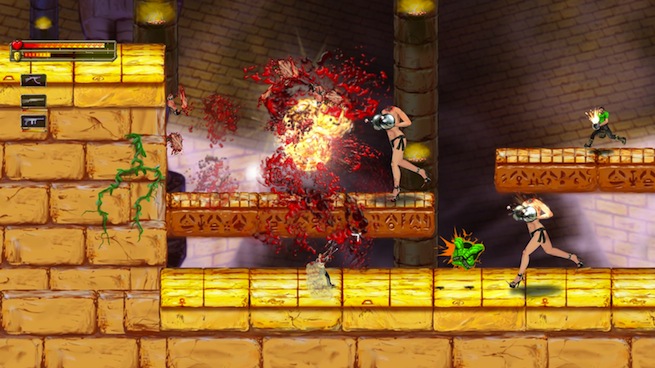 GamesBeat: Why haven’t we seen you at the Electronic Entertainment Expo?

Parker: I spend most E3 in my room at the Figueroa speedrunning Ducktales on the NES and making love to my smoking hot wife. Don’t roll your eyes, you asked.

GamesBeat: If you were to livestream a game that wasn’t Serious Sam, what would you pick?

Parker: I’d love to stream that Shower With Your Dad game just to make everyone uncomfortable.

Parker: Gun control is an important issue in my eyes and I’m more of an inverted axis man dating all the way back to Goldeneye on the N64. It just feels better and gives you more control, like unprotected sex.

GamesBeat: Shooting naked bird ladies is so not politically correct. Have you evolved with the times?

GamesBeat: Describe a time when you and the rest of Devolver’s leadership disagreed on an issue, and how it turned out.

Parker: Over the past 18 months there has been a quiet struggle between me and the rest of the Devolver Digital team about charging for each new bro added to Broforce. It’s my belief that if users want more fun in Broforce they should have to pay for it as our dark lord capitalism demands but my team and the developer Free Lives disagreed. It’s money left on the expensive mahogany table as far as I’m concerned. 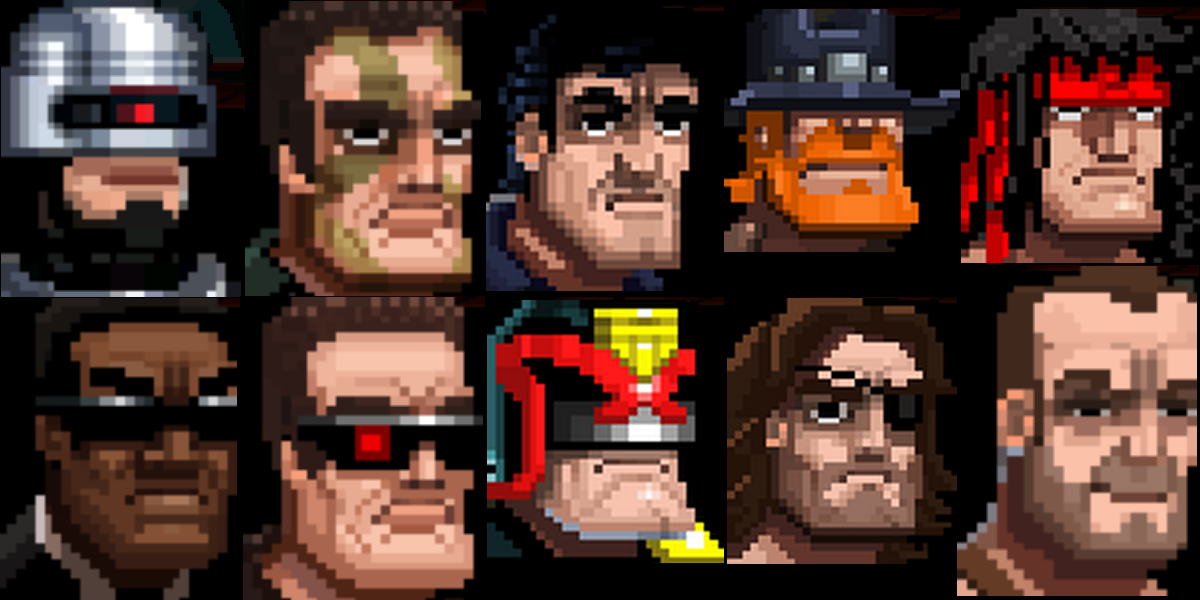 Above: Broforce bros, brought to you free by someone other than Fork Parker.

GamesBeat: What’s on your wish list this holiday season?

GamesBeat: How old are you?

Parker: Old enough to be your dad.

GamesBeat: Why did your parents name you “Fork?”

Parker: It’s a family name dating back to my great-grandfather who published card games with pictures of naked ladies on the back of the playing cards. God rest his soul.

GamesBeat: What do you think will be the biggest video game trend of 2016?

Parker: The biggest video game trend of 2016 will be fantastic, immersive VR games made for the two dozen people who play VR games.

GamesBeat: Anything else you’re dying to tell us that we didn’t ask?