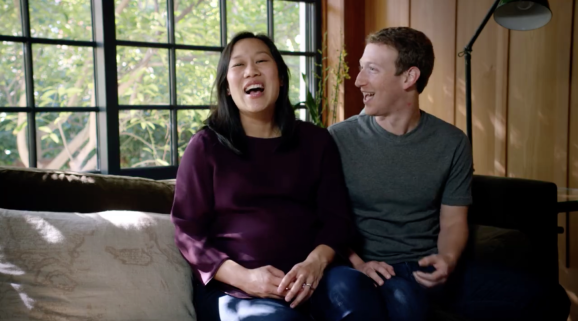 Facebook chief executive Mark Zuckerberg is a dad, a proud one at that. In a post on the social network, he announced the newest addition to his family, a baby girl named Max. This event has inspired Zuckerberg and his wife Dr. Priscilla Chan to focus the Chan Zuckerberg Initiative on advancing human potential and promoting equality for all children around the world.

In order to fund this effort, Zuckerberg announced that his family will be giving away 99 percent of their shares in Facebook, which currently totals around $45 billion. This donation won’t happen overnight, but will take place over the course of Zuckerberg and Dr. Chan’s lifetime. The point is to start early enough so that his daughter and future generations will be able to live in a world that’s much better off than the one we’re in now.

The Chan Zuckerberg Initiative focuses on two areas: advancing human potential and promoting equality. With the former, Zuckerberg explained that he wants to cure diseases, clean up the environment, and cultivate entrepreneurship so that anyone can build a business that will solve any challenge to grow peace and prosperity. The latter is the next step, ensuring that everyone around the world has the same access to these opportunities regardless of where they come from, who their families are, or what their circumstances are.

“Today we are robbed of the potential so many have to offer,” Zuckerberg wrote to his daughter. “The only way to achieve our full potential is to channel the talents, ideas, and contributions of every person in the world.”

“We know this is a small contribution compared to all the resources and talents of those already working on these issues,” Zuckerberg continued. “But we want to do what we can, working alongside many others.”

Although the Chan Zuckerberg Initiative was started in 2009, the program is now picking up steam. Zuckerberg said that the first areas of focus include helping with personalized learning, curing disease, connecting people, and building strong communities. In an SEC filing, Zuckerberg said that he will control the voting and disposition of any shares held by the Chan Zuckerberg Initiative. He will be selling or gifting up to $1 billion of his Facebook stock each year for the next three years.

Zuckerberg won’t be stepping down from being the CEO of the world’s largest social networking company anytime soon, but he felt that issues plaguing children around the world are “too important to wait” until his daughter is old enough.

The effort by Zuckerberg is clearly a very large effort. It also follows suit with other business leaders who are giving back. Square CEO Jack Dorsey announced that he would give a considerable amount of his equity to a new foundation called Start Small, aimed at helping underserved communities. And let’s not forget the Giving Pledge, which was created by Bill Gates and Warren Buffett to encourage their fellow wealthy people to commit to philanthropy.

“My hat’s off to Mark for making a decision he’ll never regret and making a difference he’ll forever be remembered for. Devoting his wealth to philanthropy at such an young age will not only benefit people from around the world for decades to come, it will also set an example for everyone in his generation who has the means to give. The traditional approach to giving — leaving it to old age or death — is falling by the wayside, as it should.

Mark’s decision shows that when it comes to philanthropy, 30 is the new 70. I share many of Mark’s philanthropic interests, especially around education and innovation, and his focus on long-term ideas and research will help create economic opportunities and promote social equality for generations to come. The only question now is: How many of his peers in Silicon Valley and beyond will join him?”